Astrological Recap & Looking to the Future

I hope everyone is well! I’ve been kept busy recently and taken a step back from posting on the forum, but I’m hoping I can start posting regularly again.

As it’s been a while since I’ve posted, lets start with an Astrological recap before I start taking you through the weekly forecasts again…

The Luminaries and the Inner Planets

The Sun began its annual tour of Gemini

20th/21st May, where he will remain until 21st June when he moves into Cancer

on the day of the Summer Solstice

The Sun in Gemini is quick-witted, social and charming

The most recent New Moon

occurred in Gemini on 30th May. Prior to this, we saw a Full Moon

Lunar Eclipse in Scorpio on the 16th May; the third in a series of 7 eclipses we will see on the Taurus/Scorpio Axis, which began 19th November 2021 and will end 28th October 2023.

after a torrid retrograde through Gemini

and back into Taurus! Mercury in Taurus has a slow, steady pace

It is practical and determined and is great for nailing down plans. Mercurys next retrograde is due 9th September in Libra

so we can expect a summer relatively free of communicative chaos.

As Mercury works it’s way back through the course it last traced in April, when it was previously direct in Taurus, expect Mercury type themes from 8 weeks ago to reappear

on 28th May, where she will stay until 22nd June, before moving into Gemini

No more retrogrades for Venus this year as she completed her last one 29th January, and isn’t scheduled for another until 22nd July 2023

Venus rules Taurus and so is happy, committed & loyal

24th May, where he will stay until 4th/5th July before entering Taurus

Later this year, Mars will retrograde 30th October in Gemini

until 12th January 2023 when he will station direct in Gemini

Mars rules Aries and so is happy, strong

& determined in this position.

NB: It’s interesting to note that balancing planets Venus (sensual & loving) & Mars (primal & instinctual) are currently both at home in the signs they rule

10th May, where he will remain until his annual retrograde 28th July. Aries

is known for evoking new beginnings and encouraging you to take the initiative, and this is a welcome change from Jupiter in dreamy

Pisces, which may have made you feel detached from reality and prone to day dreams. Now, with Jupiter moving into Aries, you can make those dreams a reality

Saturn makes himself at home in the same zodiac sign for approximately 2.5 to 3 years. Currently he resides in Aquarius

) This year he will retrograde 4th June until stationing direct 23rd October.

It is important to remember in Astrology, whilst we look for themes in astrological analysis; we don’t expect the exact same events to repeat, after all, at the time one planet revisits a significant position from 14 years ago, other planets are in different positions than they were 14 years ago, thus, flavouring the outcome differently.

The key is to look at astrological moments holistically.

I have taken a slightly deeper dive into The Generational Planets as I think its important to point out Uranus, Neptune and Pluto will all change signs from 2024-2026 - due to their slow moving speeds, this is rare to see and therefore signals the start of the next global

Uranus has been in Taurus

since 15th May 2018 and will remain there until 27th April 2026. Uranus, The Planet of Rebellion, is progressive at best, defiant at its core and politically destructive at worst

The last time Uranus was in Taurus was 1934-1941, a time period which saw the destruction and devastation of WW2 & The Great Depression - this time round we see the UK attempt its divorce from the EU

the insurrection in Washington, the COVID-19 pandemic

Whether you see this as coincidence, or a link to planetary movements or not is for you to decide

but for those who do follow Astrology, take a little comfort that the last time Uranus was in Gemini was 1941-1949. Whilst WW2 would continue until 1945, we began to see progressive changes in humanitarian themes - Britain launches the NHS

the United Nations is created, India

Neptune has been at home in her ruling sign of Pisces

since 2011 and will move into Aries

26th January 2026. As Neptune spends 13/14 years in each sign, this shift is bound to be impactful! The Planet of Illusion rules all that it felt, rather than seen. Mystery, dreams

all fall under its remit.

Last time Neptune was in Pisces

and Florence Nightingale was establishing her nursing school in London. A new phase began in The Arts

not to forget Charles Dickens

all prominent names of the time.

This time round we’ve seen huge advances in the medical field, from robotic exoskeletons

and the legalisation of Cannabis for medicinal (and recreational) purposes hitting many parts of the world.

As Neptune moves into Aries

the first sign in the zodiac, it triggers the beginning of a new 165 year cycle for the planet! Previous notable events during this transit include Henry VIII breaking from Rome

and declaring himself supreme head of the Church of England and the start of the Impressionist movement in art. If you want to read more on past events whilst Neptune was in Aries, I recommend this post by Jessica Davidson.

Pluto’s energy is all about transformation

and is centred on the collective rather than the individual; as Pluto takes approximately 248 years to complete its orbit around the zodiac, an individual will never experience Pluto returning to the position it was in their birth chart (unless they live to be 248 years old!) however, the same cannot be said for the birth of countries, which leads me to the Return of Pluto in the USA

Pluto returned to 27 degrees of Capricorn

on the 22nd February 2022 (check the numerology!) the same position it was in when the Declaration of Independence

was signed, signalling the birth of modern day America. This really interesting article by Lisa Stardust explains more of what we can expect from this.

When I looked back at events surrounding previous returns of Pluto in England, as an example, I found England

has survived three Pluto returns - the first during the Great Famine of 1315, the second at the start of the Elizabethan era in 1558, and the third during the formal creation of the United Kingdom

has a habit of unearthing uncomfortable truths; since 2008 we have certainly seen a rise in that, from racial inequality, economic disparity to gender imbalance, much has been brought to the forefront over the last 15 years.

Pluto in Aquarius implores us to look at the cracks in society and act on them. Freedom, progression and humanitarianism

are all in its wheelhouse. With this in mind, we can hope for a decentralisation of traditional power paradigms across the world, and a chance for those who have been oppressed, to gain more equality and power

Something we can definitely look forward too!

Love & Light to all

LOVE to see this update! Especially with your genuine approach, including the holistic and historical cosmic events. Personally I’m looking forward to this month’s Full Moon, mostly for the strawberries

Thank you for the helpful messages, Abs!

It’s great to have you back!! I love how you added the events that happened during past cosmic events. Thank you!!

@Francisco this year may not be good for buying strawberries due to a hepatitis outbreak but its always better to grow your own!
Here’s that link: 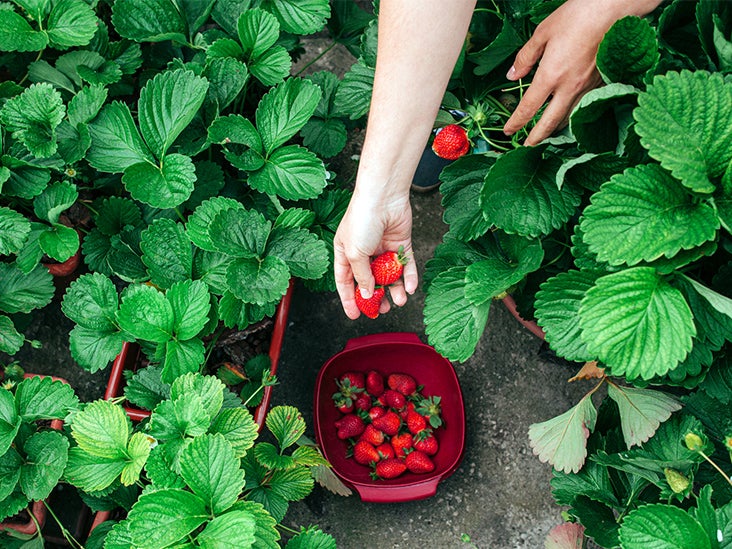 Hepatitis A Outbreak is Linked to Strawberries: How to Stay Safe

I have missed you @Abs53 welcome back!
I’m so happy you are posting again. I have studied astrology and have used it for years, but you have an amazing way of explaining it! I love your post today, and I am looking forward to seeing more!
With Love

It is amazing to see everything all spelled out and so organized like this- your astrological updates are always so enlightening!

Thank you so much for sharing your wisdom, Astrologer Abs!

It’s good to see you back! I always appreciate these posts you do, especially as somone that has such a rudimentary understanding of astrology.

I really appreciate that you added in major events that happend the last time planets were doing their thing. It really helps me to put things into perspective!

@Abs53 I really enjoyed this post. Thank you for taking the time to put this together. So well organized. I really liked how you put in the historical references as well.

I love astrology. It’s so telling.

Oh wow! This was amazing! I can’t wait to see this post more frequently! It’s so informative! Thank you for taking the time to share it! I am excited to learn more from you!

@Abs53, yay, you’re back!! This update is brilliant! You’re a wealth of information! Thank you so much for taking the time to inform and enlighten us all. You are truly appreciated.