Can potato skins be used in spell work?

I am making mashed potatoes with tonight’s dinner and was wondering if I could use the skins for anything? I put some salt on them for protection and popped them in a low oven to fry out just in case, but I would love to know what (if any) the magickal properties of potatoes and the skins are and any spells anyone has with them

Thanks in advance! Happy crafting

I don’t see why not! I don’t know the properties of potatoes right off hand, I’d have to look it up but anything can be magical!

Just in what you believe it’s worth for.

I’d use it for something with nature; calling the mother, the goddess, or the properties of the potato.

I don’t see why they couldn’t be used in magic. I don’t know what they would be used for but if you feel like they have a connection to a specific correspondence then that’s good enough! I’ll see if I can dig up some information on potatoes in magick and then edit my reply.

So I found a little bit of information about potatoes in magick but nothing specific to potato skins.

—Although introduced into Europe as late as 1584, the Potato ( Solanum tuberosum ) has been made the subject of several popular superstitions. In Birmingham and many other districts, it is believed that a Potato carried in the trousers pocket is a sure charm against rheumatism so long as the tuber is kept there; and the Dutch believed that a Potato begged or stolen is a preservation against the same malady.

——In Germany, they take precautions against the Potato demon or wolf ( Kartoffelwolf ): after the last Potatoes have been dug up, the peasants dress up a puppet which they call Erdapfelmann , and carry the figure in procession to the house of their master, where they recite a doggrel verse. A luminosity, powerful enough to enable a bystander to read by, issues from the common Potato when in a state of putrefaction; this was particularly remarked by an officer on guard at Strasburg, who thought the barracks were on fire in consequence of the light that was emitted from a cellar full of Potatoes. Plant Lore, Legends, and Lyrics - Project Gutenburg

Potatoes can be carved into poppets for sympathetic magick. In kitchen magick it represents stability and the basic necessities of life.

Blue potatoes can be added to a magical meal to bring in the energy of the color blue.

Potato juice, especially from redskin potatoes is said to be good for ulcers and other issues related to stomach acidity as well as gallstones. It is also said to be a good liver tonic.

Overall, I would say that you could use potato skins in protection magick because it is literally a barrier for the potato. It could also be used as a biodegradable piece of “paper”, so to speak, in case you need to write something down and then bury it. Other than that I can’t think of anything else

Okay, I looked up potatoes in Scott Cunningham’s Wicca in the Kitchen and it says that potatoes are connected to the moon and it’s from the earth element. Its properties are protection and compassion.

It then goes into the lore, about how potatoes are from Peru and things like that.

Then it goes into magical uses: "As with many root crops, potatoes are added to protective diets. They should be seasoned with onions, chives, dill weed, rosemary, or parsley for the strongest effect.

Additionally, owing to this vegetable’s lunar rulership, potatoes can be eaten to install compassion."

So maybe use the peelings with a sale barrier outside on your property? I’m sure they can be used for something!

Hi @Fawn
I have never used potatoes magically, so I thought why not? And so I googled it! 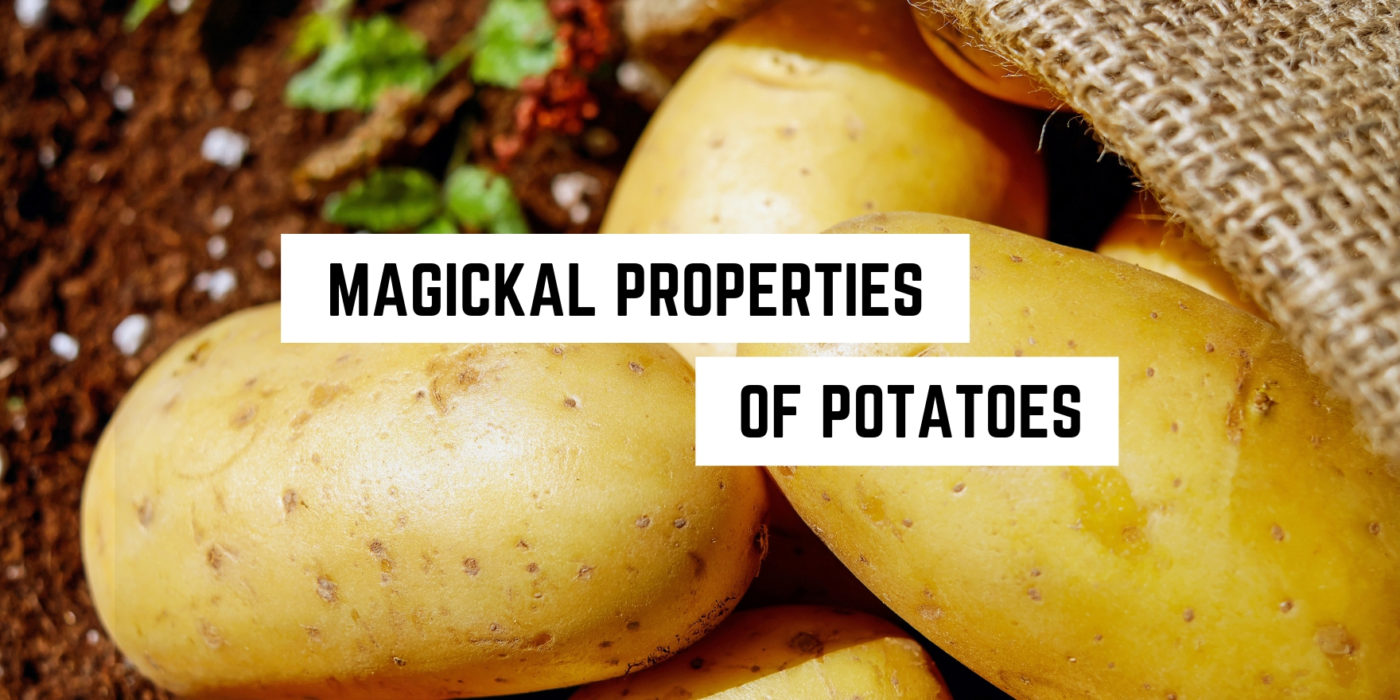 Here’s another one from the Magick Kitchen that sounds more like a recipe but it’s interesting nonetheless. 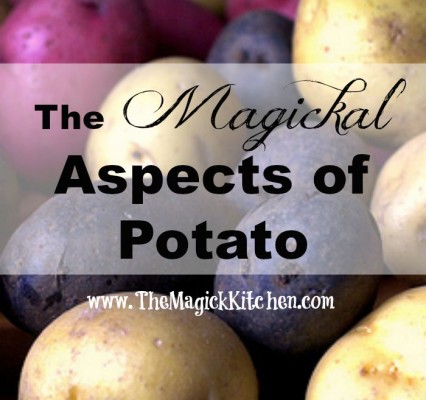 When they were first brought to Europe in the 1500s, potatoes were believed to be an aphrodisiac. Since then, they’ve become much more common and are now more likely to be thought of as having the energy of stability and grounding. They can also have protective qualities.
The grounding, earthy qualities make perfect sense. Since the edible part of the potato grows underground, it’s logical that this plant would give us solid, stable, grounding energy.
The common correspondences of potatoes are:

Well, I learned something new about potatoes today! Very interesting…
Thanks for posting this @Fawn

Thanks @MeganB
This IS very interesting…

You’ve got some fantastic spellwork ideas for potato skins, so I can’t resist popping in to say oven-baked potato skins are deeelicious- fill them with cheese and top with fresh herbs and ta dah! A very tasty snack

Here in Poland, potatoes are a huge part of the culture (think: potato vodka) and I’ve heard a few local folk traditions with potatoes in healing. There was one about cutting up potatoes and holding them on certain parts of the body, but I’m afraid I can’t remember what it was supposed to cure- I’ll have to ask my partner. Either way, that was the whole potato (not just the skins) so I’m afraid it’s not much help, sorry!

Really great question, @Fawn- I’m learning a lot about potato magick from everyone’s answers! Thank you for asking it

@Fawn
What an interesting question! I’ll look forward to answers with you.
Garnet

Wow! Thank you for this info! We have potatoes almost every night for dinner! My husband (the one who has Mermaid, the Guide Dog) makes the most magnificent mashed potatoes, and I always feel relaxed and happy after consuming them. He denies being a Kitchen Witch, but I know differently!

Potato skins scraped from a freshly boiled spud cleaned and dried have been used by many people as a form of paper in earth magic. I cannot remember where I had seen it but some cultures make poppets and satchels out of the cleaned-out skins as well. in kitchen magick I was taught that the potato can be carved like the turnip and lit with a candle for certain spells. I do not know the origin of that practice as my teacher never really explained it fully.