I thought I’d share this video (and printable page)! 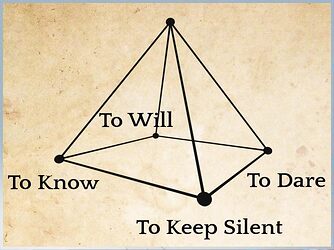 The Witch’s Pyramid is a visual representation of the four cornerstones of Magic. The four pillars on which powerful spellcasters sit.

There are a few variations, but the original ones are:

I made a video and a printable page about each of these four powers of the Witch: 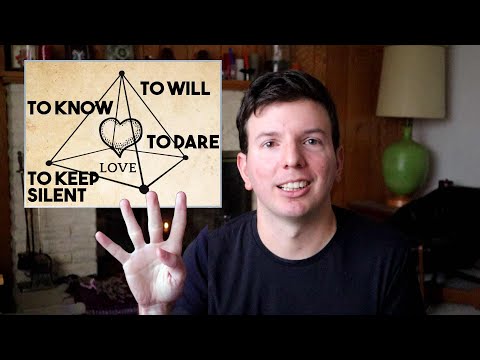 The four cornerstones of the witches’ pyramid are: a virulent imagination, a will of fire, rock-hard faith, and a flair for secrecy.

Knowledge comes from Nature, it comes from studying, reading books, from engaging with teachers but also with people who have found love, wisdom, fulfillment and personal power.

“Pay more attetion to their lives than their words because many Magickal people can’t explain in words what has worked for them”. - Amber K. in True Magick (1990)

If you cannot clearly imagine the goals you intent to achieve through magick, do not expect to achieve them. If you don’t know where you’re going you’ll probably wind up somewhere else. You must be able to experience your goal in your mind, sense the image, sound, smell, taste and feel of it.

To Will means to know what you really want and what you yearn for passionately, with all your heart. This is your True Will, not whims or simple desires. What really matters to you. 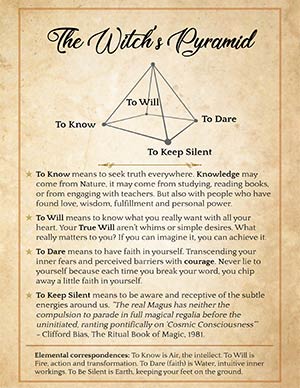 “A rock-firm faith in your own powers” as Paul Huson says in Mastering Witchcraft.

To dare is an attitude of courage. Transcending inner fears and perceived barriers. Having faith in yourself and never lying to yourself because each time you break your word, you chip away a little faith in yourself.

Clifford Bias states: “The real magus has neither the compulsion to parade in full magical regalia before the uninitiated, ranting pontifically on “Cosmic Consciousness” nor the need to buttonhole people at parties muttering darkly about attending a Black Mass”

We keep silent to become sensitive and receptive. When we are loud and busy we miss the presence and currents of subtle power.

Another early mention of the Witch’s Pyramid is in the Ritual Book of Magic by Clifford Bias:

“The Magus, the True Witch, stand on a pyramid of power whose foundation is a profound knowledge of the occult, whose four sides are a creative imagination, a will of steel, a living faith and the ability to keep silent, and whose internal structure is love” 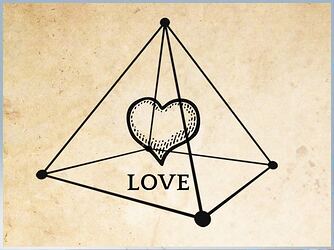 In summary, the Pyramid is really made of love. Magic motivated by love heals old pain, encourages growth and eases transitions.

Keep all of these points in mind to cast more powerful spells!

49 Likes
:shield: Digital Protection Magick
💎 What you've all been waiting for: Crystal Giveaway!
Pentacles in rituals?
What to do now?
:musical_note: Yuletide Song: Carol of the Witches' Bells
Merry Meet Monday - Magick News of the Week! (Jan 23 - 29) :first_quarter_moon_with_face:
Siofra_Strega November 29, 2020, 3:15am #2

Oh this is wonderful! A very easy read and great information. I saved the printable, I have a few to print out, I was waiting for ink & parchment paper to print them out on. Thank you so much.

That’s new and useful information (as usual!)! At first, I thought you were referring to a copper pyramid.

Ya know, the one that amplifies anything inside of it. Hehehe

@Francisco, Thank you for the video. Hopefully, I will receive my supplies for my spells that I wrote, so I may try themout before the Full Moon at the end of this month.

@Francisco Thank you so so much for the video!!! I learned a lot from that video and I’ve heard of it before but I didn’t really know what that was until now. I really appreciate the time and effort you put into these posts and videos!

@christina4 Yes! I grew up surrounded by pyramids so I was thinking the same thing all throughout making this post. Physical pyramids, when aligned properly, have a host of benefits. There’s a whole science (/pseudo-science) behind them: Pyramidology △

@Carter Thanks so much for your comment, I really appreciate it!

@Siofra_Strega and @cat December is the perfect time to gift ourselves some new gear and supplies!!

@Francisco, way ahead of ya. I spent too much on these Black Friday sales

on Etsy, Amazon, and Wal- Mart.

Starting this week I’m doing shopping for some gifts and supplies for the house but now for my craft also!

This is wonderful, @Francisco! The visual really helps- I think I personally go through phases where I might lean too heavily on one pillar, leaving another side a bit weak.

The image of the balanced triangle (full of love!

) helps to keep things in perspective and make sure each pillar is equally strong. Thanks so much for sharing your wisdom!

Thank you, @Francisco, for another page in my book of shadows.

This was really interesting. I also subscribed to your YouTube.

This morning I woke up with “Carol of the Bells” making a wonderful ear worm in my mind. I was thinking of doing a spell and was trying to decide which “calling the quarters” I wanted to use (I have about 4 different ones) but then I thought about this pyramid article of @Francisco 's and I thought why don’t I call these elements into play for every circle? So this is what I came up with… Hummming the 4 beat rhythm of “Carol of the Bells” might actually help me memorize this one…

Beautiful!! I want to frame it and put it on my wall!

Or even better, turn it into an actual song

With your permission, Berta, I can get Anabelle to lend us her voice like in these tunes I wrote last year

@Francisco that would be awesome!!! I’m glad you like it!
… and I am sure you can dress it up and make it suitable for framing!

This is so true🔺️. Let’s take a satellite as a example. Ones appropriately aligned, you will receive the best signal ever.

@Francisco, thank you for this video. I love the way the information is presented!
It is so easy to understand and apply. This has actually increased my confidence in myself and my craft, because I possess all of the above. It’s taken a whole year, but I have had a breakthrough. I can do this. Thank you, thank you, thank you!

Congratulations on your breakthrough and in empowering yourself through your Craft. I appreciate your comment, you’re welcome!

I’ve seen this before, in fact it’s in my BOS, but you can’t read something like this enough.
Garnet

[quote=“berta, post:11, topic:5541”]
Thanks little one. If I may, this will make a beautiful addition to my BOS.
Calling the quarters often end up with me stamping my foot and starting over, because I stutter.

Thank you @Francisco
being an eclectic baby witch… all of these valuable lessons are such a treasure. It feels as if I’m at a grand meal and all the information and guidance given by Spells8 is delightful and so delicious it just makes you want more.
I have not practiced any spells yet as I am gathering all the tools and coordinating my sacred space; in the meantime while all the essentials come in…I gleam all that I can from here.
Truly grateful to Lady and Lord for such great blessings found here as well as to you all.
Many blessings be

Thank you this is so helpful and thanks for sharing .