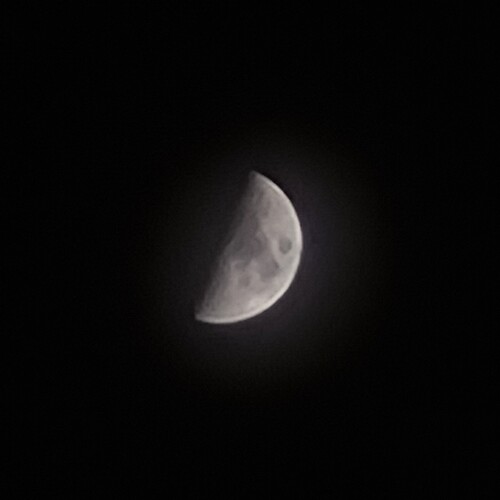 I received my latest subscription box from The Wonky Broomstick yesterday which included a New Year jar spell so I did that as well as the Spells8 lunar spell for today. 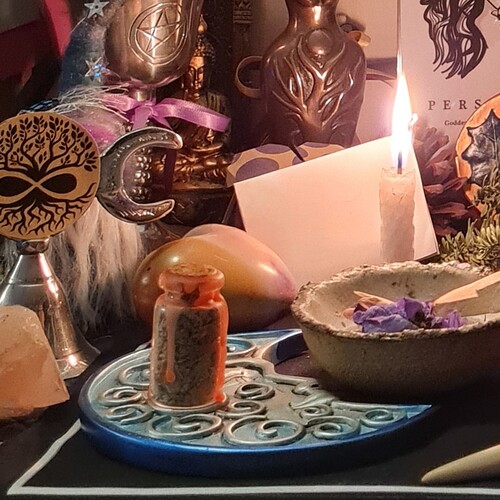 The jar contains a scroll with my wishes for the year, a specially prepared mix of herbs and is sealed with an orange candle. On the next New Moon it needs to be taken outside and before burying it I need to say:

The moon altar tile the jar is sat on also came in this month’s box.

Behind the jar is the other spell for this evening on a similar theme, a piece of paper on which my biggest wish for this year is written, which I’ve now pasted into the new Book of Mirrors I’ve started for this year, which again came in my subscription box. 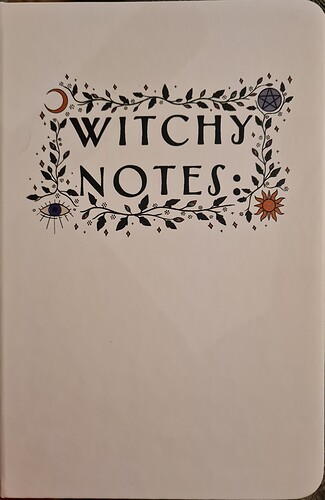 I’ve also had a tidy of my altar this evening before beginning tonight’s spellwork. A few bits and pieces added ready for Imbolc and I’ve left some wintery bits in place too as I’ve still not quite let go of Yule! 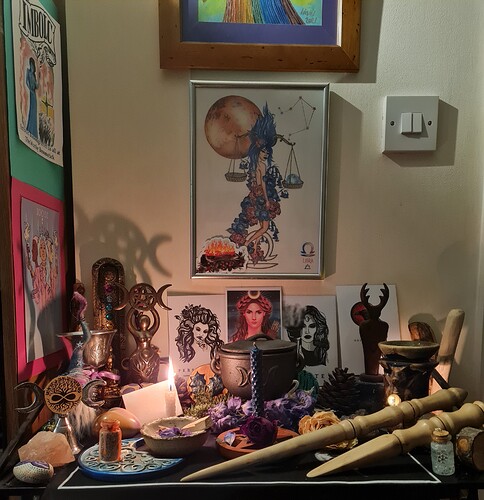 That spell jar looks cool! And your altar is beautiful, as always. It’s hard to believe that we’re just about halfway to Imbolc, isn’t it?

Lovely pictures! Thank you for sharing them with us!

I love your Alter, it is absolutely gorgeous!!

Beautiful jar spell work and congrats on the tidying of your altar- it all looks amazing!

I’ve left some wintery bits in place too as I’ve still not quite let go of Yule!

Hahaha glad I’m not the only one

There’s winter greenery and twinkly lights up around the house that I just can’t bring myself to take down… maybe it’s not fair to pick a favorite Sabat but Yule definitely takes the cake for me!

It’s hard to believe that we’re just about halfway to Imbolc, isn’t it?

Oh my goodness, you’re right! How did that happen? Whew- time to start prepping for Imbolc!