Hello from an old newbie :)

I’m Nan (54) and I’ve been lurking around this site since early 2020. I was always a bit too shy to pop in and say hi when I temporarily joined last year but I figured I’d give it a go this time around.

In all honestly, I have been looking into or studying some aspects of the craft for close to 20 years but in the beginning I had to do it secretly because I was in an awful marriage that you would’ve thought took place in the

Fortunately for me, my ex was full of himself and left me for another woman, which turned out to be the best thing for me and my kids.

When I moved to Eugene, Oregon I met a woman on my first day here that would play a major role in rekindling my curiosity and thirst for knowledge for the craft and we used to spend hours and hours almost every day talking over coffee about magick, what my role in it might be and so much more but when Covid hit, even though we literally live 3 doors down, we stopped hanging out and talking much

(Don’t worry, she’s fine and has just been busy helping other people).

I haven’t felt “whole” for a long time now. I know it has a lot to do with last year but it’s not just that and I hope that in talking to all of you I will be able to find myself again and be more dedicated to my craft.

I can tell you I have never really successfully done a spell (that I know of) but I’ve had premonitions my whole life. They come mainly in dreams; when I was a kid everyday felt like deja vu but with age and 3 brain surgeries, even those have waned which of course makes me question my worth and magickal ability.

I’m hoping that by talking to you guys it will spark whatever has been missing and I can not only find myself again but also have a sense of community and fulfillment that I don’t really have right now. I’ve always wanted to be a part of a coven but due to health conditions and my anxiety issues after my surgeries, I have never really been able to.

Unfortunately, I won’t be in here as much at first because I have to sort out a computer issue. The one I’m on right now has a cracked screen and my other one’s video card (?) is blown, maybe? I have to find another one that will suit my needs but of course like everyone else, money is an issue, so I will keep looking until I find something I can afford that works but I can pop in from time to time on my phone as well. Hope to talk to you all soon and if there’s anyone here from Oregon, especially Eugene I’d love to try and meet up some time

Thank you so much for the lovely introduction and for taking that big leap into making your first post- I’m so delighted to meet you!

I know those feelings of doubt that come after a break from the craft- but please rest assured that the Craft never goes away. It may rest or hiberate, but it is always there within you, waiting for your desire to spark the flames of magick once again

Every witch has areas they focus on- there’s nothing wrong with focusing on building up your premonition and insight skills! It sounds like you have a natural talent for them

Lesson on Building up Magickal Intuition and Divination Abilities 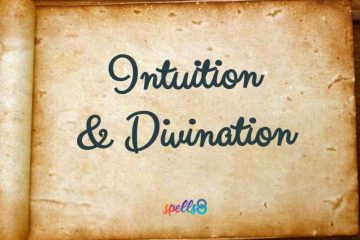 If you’d like to try some spellwork, perhaps try a simple money spell to help find the funds for a new computer? There are several money spells here you could consider: 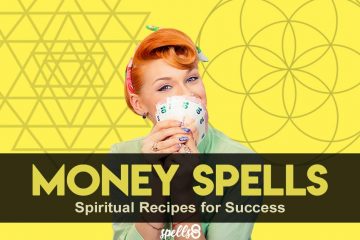 The Infinite Roots Coven is blessed to have you here, Nan- I’m looking forward to talking with you more soon!

If it helps with popping in on your phone, I’ve downloaded the Discourse app which I’ve found makes accessing the forum on the go much easier

I hope you’re able to get your computer issue sorted out, I’d hate to be without the internet myself. We’d be happy to hear from you on your phone!

Welcome! I’m Christina and I’m from New York. It’s so nice to have you here!!! I’m glad that you decided to join. We are a strong, generous and informative group, now you’re a part of this!

I’m sorry that you haven’t been able to be with your friend. That stinks!!!

I’ve had premonitions in my dream state as well as my intuition being strong. I can sense energy easily. I’m sorry that your surgeries have taken your premonitions from you! Sorry that you needed surgeries in the first place! I know with intuition, and the ‘clairs’ (like clairvoyance, clairsentient, etc.) You can learn to grow them in a sense.

Anyway, it’s so nice to meet you! Hope to see you around more!
Blessed be

Cool, I think my kids use that, so I can get help from one of them if I end up needing it

Thank you for such a warm and helpful reply

I guess I hadn’t really thought of using a money spell for the computer but now that you say it, I’m like duh…how could I forget that??

I will look into all of the stuff people suggest very soon. I’m just dealing with daughter drama right now and I can’t seem to focus on anything else. She’s been through so much in the last 18 months, that I won’t get into here but let’s just say she’s a survivor but barely hanging on right now

Thanks!! Yeah, I’m torn between trying to rebuild one from the good components of the 2 non working laptops that I have or trying to find one to buy, used or new. My oldest son has been harping on me on what NOT to get etc and if anyone knows computers it’s him, so I’m sure I’ll figure it out soon enough and be able to utilize everything this awesome site has to offer

Ah, kids who know about computers. What would we do without them. LOL!

Hi @nan Welcome. I have been here only a few months. I am also older and although I was always drawn to the magickal I suppressed it for others around me. Blessed Be!

Welcome @nan
Being shy, I tend to lurk before I post as well. Hope to see you more!

You are very welcome, @nan- it really is a pleasure to meet you!

If you decide to move forward with the money spell then I’m wishing you all the best of luck!

I’m so sorry to hear that your daughter is having a tough time right now. There is an Energy Exchange Circle run by the kind @praecog29 in the forum- it’s a place where coven members can request positive energy to be sent their way when they’re going through tough times

If you’d like, we would be happy to add you and your daughter to the list for some extra love and light!

(and if that’s not something you’d like to do at this time, that’s perfectly okay too

You are both in my thoughts- blessed be!

I want to thank you all for giving me such a warm welcome!! If you haven’t figured it out yet by the times I post, I am an insomniac, so I’ll probably be able to chat with a few of you east coast girls in real time

As I said in one of my responses, I’ve been dealing with A LOT recently trying to be there for my daughter who was in a desperate situation but that’s all starting to work itself out and she and my beautiful granddaughter Josie are here in Eugene with me now. Our apartment is packed to the gills at the moment but we’ve done it before and survived.

I don’t know if you went ahead and did that on our behalf but her situation that seemed to have no hope what-so-ever is now going ahead full steam, so if we got help from you all, I just want to thank you so much! My daughter and her baby were about to be homeless and even with the help of my state senator things were not looking that good but somehow everything fell into place and all is looking well at the moment 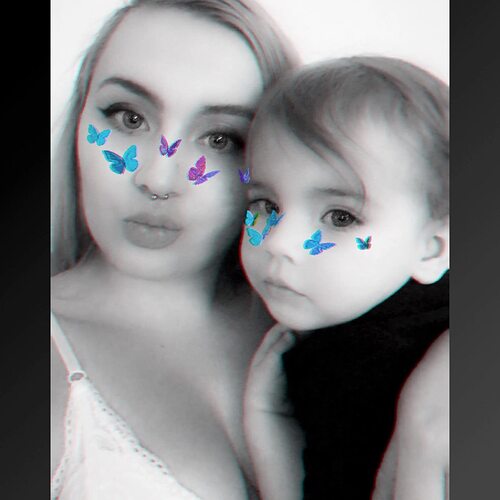 Welcome to our coven, we’re from all over the place, I’m Colombian for example, I know that there are some other people from Latin America, England, Ireland, India, and so on, so there are plenty of knowledge that we can all learn from one another.

Thank you for sharing your story, I’m glad you are taking this leap of faith, I was there too, and the only thing I can say is that you won’t regret it.

Welcome again and blessed be!

Welcome. I hope you find everything you need among the wonderful people here.

While you weren’t officially added to the list (out of respect for boundaries and beliefs, I always seek consent before putting someone on the EEC) energy works in, well, magickal ways- sometimes just putting your wish out there is enough to manifest what you need

Your daughter and granddaughter are an adorable pair- wishing you and them (and your other kids and grandkids too!) all the best

(Also, as a forum moderator there’s a mandatory question I have to ask regarding your young relative: did you get their parent’s permission to share their picture online, as they are a minor?).

I’m hoping that things will continue to be positive for all of you! Sending love and light your way

I pulled it from Facebook and know that Bree won’t mind but I WILL get permission next time. I didn’t even think about those types of rules because their my grandkids etc but thinking about it now, I know I would have to ask my daughter in law permission to post my other 2 grandkids pics because she’s really scared of them falling in the wrong hands. Bree posts pics of Josie online all the time, even to the point that I warn her because she has around 5000 friends on Facebook and Instagram

With how common social media is these days, sharing pictures online is so easy- and there’s nothing wrong with wanting to share the people we hold dear!

But yes, I think your instincts are right, Nan! In order to keep those people protected (especially in the case of minors), it’s important to keep internet safety in mind and be mindful about sharing publically pictures on the web

We’ve got a great community and the forums here are full of truly wonderful people, but the internet as a whole is a bit like a wild beast

. With online posting, I think it’s always better to be safe than sorry when it comes to those we treasure!

(If you do decide that you’d like to remove the picture- it’s easy to do so! If you click “…” on your post and then the pencil

Sending Love and Light to you and yours