Help me help my child please

I have a question on casting and spellwork on behalf of my daughter. BTW, I have her permission.

The problem is, when she left home for college, she moved in with her father… Who she hasn’t lived with since kindergarten. They are not getting along because he sees life in black and white… and she is following in my footsteps. I believe a lot of his resentment towards her is because she is so much like me I want to cast something to help them understand and see each other better, to accept each other, to drop their defenses… but I don’t really know where to start.

A little back story… when we moves back home to TN, she was looking to her dad to be that knight in shining armor, her prince, her protector… and he never really lived up to that…although he was very involved in their lives. He’s just not the kind of guy to see things outside of his little box and CERTAINLY can’t deal with the raging hormones and emotions of a young woman. This is tearing my daughter apart and I can’t stand by and do nothing

The mundane solution is for her to move out, either back with you or on her own if possible. If it is not working, it’s not working. There is no nobility in suffering unnecessarily. Call the ball and move on.

Another possibility would be for her to arrange to limit the time that they are both home together - “sorry, Dad, I’ve got a class/a study group/maturity” whatever.

None of this is what you asked for. Magickally, maybe a protection spell for her? Maybe some kind of “Calm the Waters” spell (is there such a thing?) to help even out her hormones and emotions? Weekly coffee with mom to talk it out? I’m sorry, I don’t really use magic for these things. Maybe someone else can do better to help you.

While ultimately I believe their relationship will be determined by how much each of them is willing or unwilling to give the other, I’ve found a few magickal spells you might consider to help the situation along:

Spell to Reconnect a Platonic or Familial (non-Romantic) Relationship 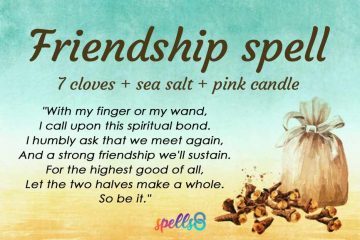 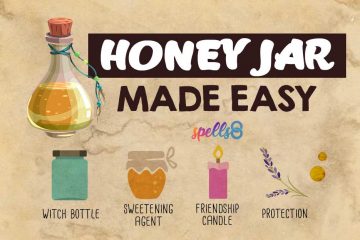 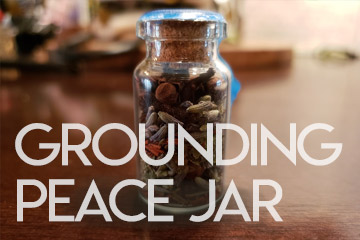 Additional notes: Friday is the best day to work on spellwork for relationships of all kinds. For herbs, Catnip is great for friendship, love, and relaxation and Cloves have properties of both friendship and protection.

I’m sure that whatever spellwork you choose will help to shine a warm light on the situation. After that, I think it will be up to your daughter and her father to decide what to do from there

Thank you so much. I want Thier bond to grow and this may help. Even though he and I couldn’t stay married, it shouldn’t trickle down to our kids. I’m going to try this after the new moon. Thank you so very much

I appreciate your reply. They’ve had a strained relationship since she hit puberty 7-8 years ago and it’s really affecting my daughter. I usually wouldn’t do magick like this either but I’m at a loss. I hope he’ll be more accepting of her and how she is instead of making her feel an outsider around him and her brother… Who bond over sports etc. I want my daughter to KNOW her dad loves her unconditionally

I like what everyone else mentioned. Those are great spells and keeping the time short might question why she’s not wanting to be around dad as much. If that makes sense. I hope things work out either way. In the meantime, I’ll be here if you need anything.

I wish I could help you, but since I have no one except my parents, friends of Spells8, and my witchy stuff, I am really unable to help you with this issue.

Well I did the peace jar spell and her dad told her Today that “we need to talk tonight” so I’m hoping it’s good! They’ve had yet another incident… She had her $ in a locked box. She pulls it off her card and keeps cash because she spends easier when it’s not visible. The lock got stuck so she asked her dad to help… And he accused her of being on drugs because why else does she need cash. This is a great example of the tug and pull between them. So, fingers crossed that my spell worked and please keep her in mind She needs her daddy to accept her

I’m divorced and I have to watch my ex have a relationship that does not meet my ideal. I also had to accept that my son and my ex have their own journey apart from me and their pain or joy is no longer mine to direct, except if it crosses the line into abuse, neglect or violating my son’s rights (he’s disabled, so I still have to vigilant). People have the right to screw up or not do things the way I would do them. Hard to swallow, but it’s true. Children learn that their parents are imperfect. This helps them accept imperfections in themselves and hopefully parents also accept the imperfections and learning mistakes of their adult children. So, I am supportive of my son but I also try to give him coping tools to deal with disappointment he experiences at times. At the end of the day, he loves his dad very much and whatever flaws his dad has, he is there, which is what I never had. That said, I did do spell for family empathy that I found on Llewylyn. https://www.llewellyn.com/spell.php?spell_id=7751

I see it’s been mentioned, but I instantly thought of a honey jar spell! Is there any way that you & your daughter can get together and do it together. Just so that she can add her own intention & energy as well?

I wish you both the best. As a girl who just didn’t get what I craved/needed from my dad at that age, I feel for her, and for you having to watch it & feel unable to help.