Is there really such a thing as Family debt

Is there such a thing as family debt? And if so is there anyone who knows anyway of breaking it? It seem to be this cloud that follows my family. I’m not looking to harm anyone just send something g back. I received a strange pho e call from someone who claimed to be a priest who wanted money of course to help me, but what he said I ha e felt and think I have even seen in my family. Like a spirt that targets us.

I don’t believe that is a real thing. There is a couple of return to sender spells on site but most of the so-called family curses are invented by people trying to either scare you or scam you.

Now you can try this Spell for banishing negativity, and see if it works. But I would never pay someone for doing something like that.

I agree with Amethyst. Make sure that you aren’t cursing yourself by believing in that.

However if you feel a strong presence, get a nazar amulet

You should do some type of spiritual cleansing on yourself and your home.

If you feel there’s something in your home such as an entity, read this pots: Strange experiences in our New Home - #2 by Francisco

I think it is a matter of perspective, as well. I used to think my family had gone through a lot and it’s true we have experienced some difficult times. But then as I talked to more people about their family histories, I realized that few people are spared from hard times and heartbreaks. I started to take a more balanced view by looking at the favorable aspects of my life. Part of that was making a list of my personal strengths. After I did that, I felt more positive and empowered about my life, like I was more in charge of my destiny. I also started writing down something I was grateful for most days. Even during my most challenging times, I can still find something to be grateful for. Lastly, I’ve devoted more time to self-care. In my 50s, I can say I am much happier than I was in my 20s and 30s. I have finally learned that no matter what life throws at me, I can still choose to find way to be happy, without ignoring my sad feelings.

If it’s some kind of debt as in physical money that was taken out by ancestors/relatives and is owed, I think such a thing is possible. (Although
I think it’s extremely unlikely that some random priest would come to collect it outside the law)

But if we are talking about some kind of negative energy hanging over the family like a generational curse (aka ‘ancestral sin’ or ‘ancestral fault’), then that I’m not so sure about.

There are certainly witches out there who believe in generational curses, but I personally tend to agree with what @mary25 said that every family has their woes. What may seem like a generational curse may simply be the particular hardships your family is facing.

Unless there is some kind of record that someone in your history was cursed, then I’d approach the problem(s) the same way you would other types of negative energy: banishment and protection spells.

→ Here are a few great banishment spells you could use to disperse and be rid of bad energy.

→ I would highly recommend following up any banishment spells with a layer of protective spellwork.

Wishing you all the best, mesha! I hope you can free yourself and your family from whatever negative force is hanging over you.

Be well and blessed be!

Okay, so I’ve got a couple things to say. First, please don’t ever trust anyone who just randomly calls you to tell you that they’re a priest and they’ve got a message for you, but you’ve got to pay them first. That’s a scam and no ethical psychic, worker, intuitive, etc. is going to cold-call you with a message but ask for money first. Please, don’t fall for things like this. It literally happens all over Instagram.

Second, I’m not sure about family debt but generational curses are most definitely a thing in a certain context. Again, please keep in mind that this is highly nuanced and will vary based on different traditions and cultures. I’ll give you some information on generational curses here based on a few different perspectives.

In Order To Write, I Had To Break A Family Curse

Family curses don’t just spring up from nowhere. The painful patterns in our lives are usually attendant to some kind of trauma. My memoir is a testimony to the ways witchcraft helped me escape from that trauma, from the underworlds of sex work, misogyny, family legacies of abuse, patriarchy, and shit jobs. To write the book, I had to descend again into that labyrinth in search of the lost fragments of myself. But in retreading those grounds, I got lost again. I drew towards the mouth of the cave. I glimpsed my finished book dancing in a meadow above. But then a fog of uncertainty would creep in to disorient me. I’d almost make it, then whispers of self-doubt would make me look back. I’d be dragged back down, reaching towards a completed manuscript slipping perpetually from my grasp. I couldn’t work. I’d slouch in front of the screen and nothing would come, or only mess would come. I’d drift there for hours, panic mounting, deadline approaching, terrified the curse would get me too. The words and ideas were there, I could see them, welling up, pounding on the glass walls of my consciousness, but somewhere between my imagination and my fingertips my ideas would dissipate into the underworld. ( Source )

The Traveling Witch - Why Generational Curses Are So Hard To Break

Ancestral curses are essentially curses that, after being cast upon one member of the family, proceeds to pass down the family line to their children and to their children’s children, and so forth, affecting the lives of generations of people. Entire families will experience ruin at the hands of a single curse, often losing their financial well-being, their health, their social standing, and much more. Often the same form of misfortune will affect multiple members of the family and sudden accidents and misfortunes are common.

Typically, people who suffer from ancestral curses will know that this is what afflicts them. It’s usually common knowledge in the family. Perhaps a great-grandfather pissed off a fortune teller and she cursed him and now the story is passed down through each generation as an explanation for all of the ills that they experience.

If you simply have bad luck but no curse story in your family, it’s unlikely that you’re suffering from an ancestral curse for one simple reason. It’s not the curse that’s causing the bad luck. It’s the story. ( Source )

Even the Wikipedia page for Ancestral Sin has a list of sources and different belief systems that hold true to generational curses, ancestral sin, and generational sin.

In Greek mythology, the Erinyes exacted family curses. Certain dynasties have had tragic occurrences happen upon them.

Family curses are even prevalent in Irish folklore. Here’s an entry from Duchas, an online collection of Irish folklore collected from people all over Ireland.

The Dillon family of Clonbrack got the Clonbrack property from a family of the O’Kellys who were the original owners. They (the Dillons) were created Earls of Clonbrack for their services to the British Government after 1798, AD and the Union 1800 AD.

The mother of the young heir of the O’Kellys “cursed” the Dillon family and prayed that the father might never see the son of age (that is 21 years). This “curse” seems to have fallen on the Dillons for each old Lord Clonbrack was always struck by blindness before his son reached the age of 21 years. ( Source )

Now, all that being said, the chances of you having a generational curse are actually very, very slim and you would probably know about it. If you feel like you’ve been cursed, the best thing to do is cleanse and protect yourself and your home. You may even want to perform an uncrossing. 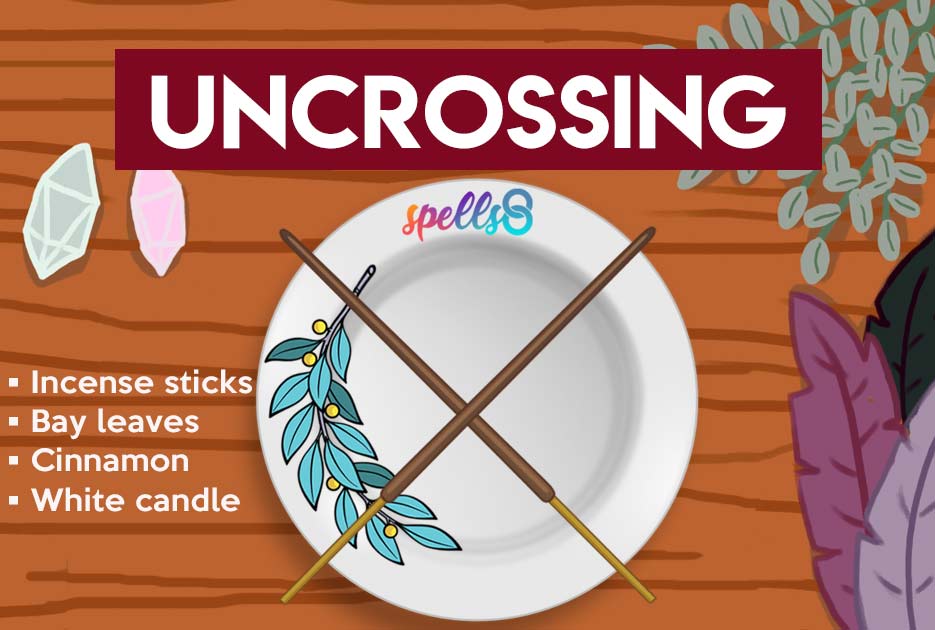 'Uncrossing' means getting rid of all unwanted and unneeded energies and attachments. 💫 If you believe you may be suffering from a hex-related illness or a run of misfortune, try an uncrossing ritual. There are many different ways to do an uncrossing... 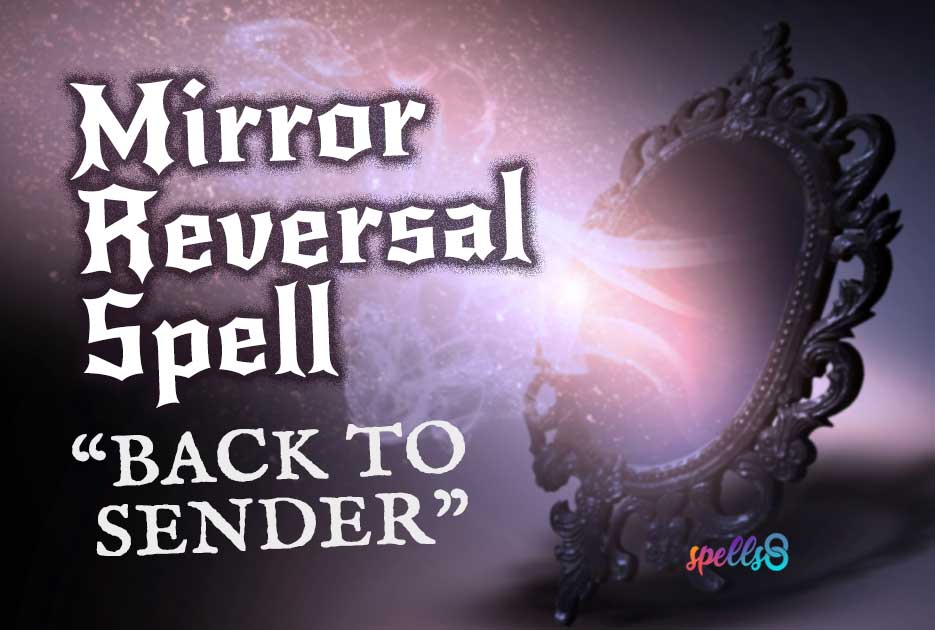 Did you know that you can use a mirror to reverse a spell cast against you? Here's a simple ritual to stay protected against hexes, curses, and other spiritual and psychic attacks. Finding out where the attack came from is usually not possible. But...

3 Likes
How to break a generational curse?