Today is 12-1-21. I don’t know that it means anything but it might be fun to do some magick today.

Anybody have any ideas?

I think that 1212 is related to persistence in love or moving forward in a positive way, so maybe something to do with friendships, relationships & strengthening the bond or love/healing? I’m not sure about the significance of the extra 1 though… & I could be completely wrong. Lol

When I saw 1212 in your post, before I even read it I thought “Isis.” Maybe that means something to someone.

Love Isis. She’s mah girl. The one that stuck her rude finger up at me and walked off all sassy for not having worshipped her over Thoth and such yet lol

We cool now I think.

However I’m used to spelling dates differently (day/month/year) so I never know how to feel about these things. Except when it was 11/11/11 that was the same everywhere.

Sounds like yesterday and today have a bit of numerology magick in the air!

I’m not too into numerology myself, but for any dates that balance with the same numbers of each side (like today: 12-02-2021) I’d wager that could add a boost to any spellwork for achieving stability, finding balance, or discovering common ground (such as for solving issues/problems between two opposing sides).

For anyone looking for that kind of spellwork for today, here are a few suggestions I found! 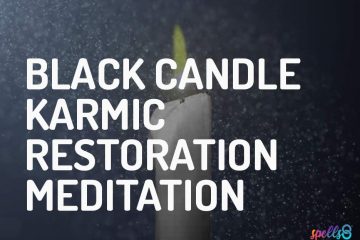 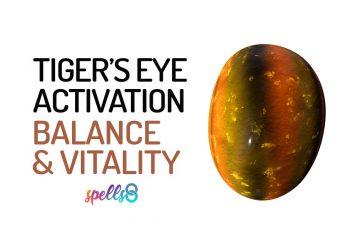 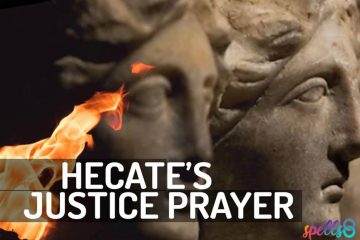 She’s mah girl, too!!! I have a beautiful statue of her that I cherish and leave offerings right next to her! I have a sodalite heart-shaped offering bowl
Right now, there’s bloodstone in the bowl because she likes that one. Actually, here’s a picture of the Goddess Isis 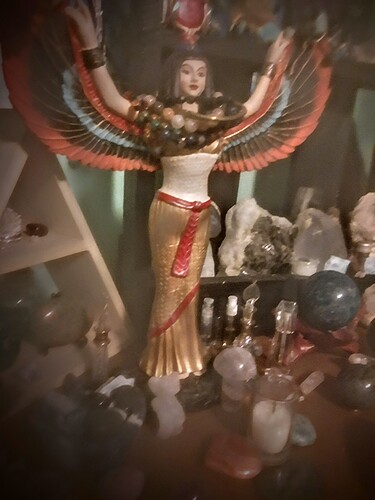 I place her jewelry (rings and necklaces) on her. I think it’s a nice way of giving an offering.

Here are a couple links that further have info:
https://www.farmersalmanac.com/what-palindrome-28106https://numerologynation.com/angel-number-1221/

I haven’t worked closely with her yet but I am sure I will, even if its just to learn about her and send out my respect.

Thank you! I love working with her and Bastet. Isis has a very protective motherly love and it’s amazing how strong and willing she is to work with me!
If you research and respect her, that’s praising her and increasing your chances to work with her in the future.

Isis is sometimes called. “Goddess with Ten Thousand Names”
The Great mother Isis, the goddess of healing and magic, was crucial to ancient Egyptian religious beliefs. She is known today by her Greek name Isis; however, the ancient Egyptians called her Aset. Her name translates to “Queen of the Throne” which is reflected in her headdress, which is typically a throne. Sometimes she is also depicted with the vulture headdress of the goddess Mut, and other times with a disk with horns on the sides, attributed to the goddess Hathor. She took on their headdresses as she assimilated their traits. Isis can also be seen as a winged goddess who brought fresh air to the underworld when she went to meet her husband.
Garnet

Here are a couple links that further have info:
https://www.farmersalmanac.com/what-palindrome-28106https://numerologynation.com/angel-number-1221/

Ohhhh thanks for those links about the palindromes and numbers, Christina!

Did anyone have any experiences or interesting things happen to them?

I talked about it the dates with a few people, but I always seem to discover interesting dates too late to do anything fun with them.

@Garnet Isis and Hekate have a lot in common, with some sources reporting them as “conflated.” It is clear that the ancient world did a far better job of recognizing the Divine and Saced Feminine than the modern one does.