My poor familiar is still without a name! I need your help 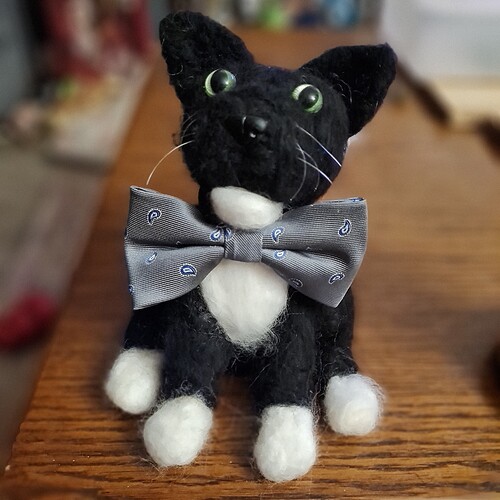 I saw him and thought “Timothy” but idk if that’s because you’ve mentioned something like that or anything. I hope you pick one soon!

magick is a great name!

(I’ve been told Mog is a British thing. Oh well. I think of a Japanese video game character.)

Yeah it’s a British thing. Either short for moggy, or I have in mind a character from Meg and Mog…

Meg and Mog is a series of children's books written by Helen Nicoll and illustrated by Jan Pieńkowski. First published in the 1970s, the books are about Meg, a witch whose spells always seem to go wrong, her striped cat Mog, and their friend Owl. The first book was published in January 1972. Following the death of Helen Nicholl in 2012, the series has been continued by Pieńkowski and David Walser. It was also made into an animated comedy series based on the books. 52 five-minute episodes were...

Ah. A close British friend of mine was just explaining to me about a book series related to another Mog. Mog is a fictional character in a series of children's books written by Judith Kerr. Other regularly occurring characters include Mr and Mrs Thomas (Mog's owners) and their two children Nicky and Debbie. In each book Mog gets into a different conundrum with a new character or event. Unusually for a popular children's series, Mog dies in the final book, 2002's Goodbye, Mog. Kerr based her illustrations of the house in which the family live on her own family home in Barnes, London, and the two chi...

Your familiar got real on a Google Lens search.

I wanted to know about your familiar made. 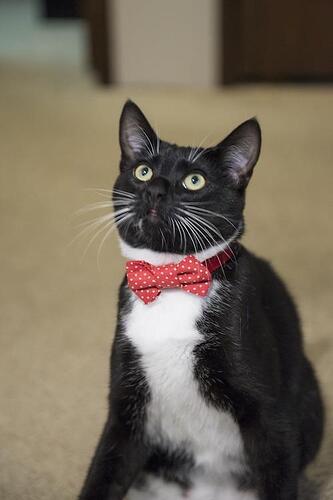 I am aware of this Mog too

Wow! Cool looking cat. I popped the bow tie on because he’s been helping out in the office so seemed fitting to be properly dressed

I like the name Binx, the black cat from Hocus Pocus.

Okay, I’d better stop with the puns before I get pun-ished. Last one. I promise.

Im so queen of that game!! All of them!

I am loving all of the names suggested- it’s going to be a tough choice!

And oh my goodness @pedros10, it looks like the felted cat came to life in that picture!

The post Samhain kitty, lol reminded me to check back on my poll!. And the winner is Salem!

I shall have to make him a Samhain outfit

And the winner is Salem!