Sorcerer staff use in practice?

Hi all,
So i was thinking about the Aladdin movie my kids were watching the other day and thought to myself “sorcerers have staffs almost like us withces have wands, so could they be used in our witch craft”? Anyways, so i did a little research (not much) and found this:
In Norse traditions, the staff was called a Gand, and the word became associated with magic (with Gandalf literally translating to either Staff Elf or Magic Elf, depending on who you ask, even though he was listed as a dwarf in surviving norse texts).

These gands were typically covered with all the runes Vikti priests knew. The association with sorcery in western traditions likely originates from this (though it also existed in egyptian tradition, likely because it was linked to phalic imagery).

Along with Moses’ staff, you’ll other entries that used to be more well known in the Ancient World but have died down in popularity such as Circe’s Staff, the snake Rod of Asclepius, and river crossing Gríðarvölr of old Norse. A lot of these were all live myths during the time Moses’ was reported to be alive 3500 ish years ago.
What do you guys think, is the staff a tool in witch craft and if it is does anyone possess one or use on in their craft? I am very interested to see whether they channel ones energy for spells and other uses since it was used in both cultural and religious settings…

r/magicbuilding - I have a question for you all, where does the idea of the...

Staff would be a magickal tool if in your practice you choose to use one for a magickal purpose. You could use it to direct energy, start or stop chants, prayers, rituals, etc…

I do not use one, there may be someone that has more knowledge & for some reason, @Undomeher comes to mind, but I could be thinking of a different conversation & mish-mashing. @MeganB may have a better answer for you also.

The book I read for last month’s book club, The Witches Wand discussed staffs and other wand-like tools. they can be used to direct energy just like wands. Staffs can also be used to draw the circle in the dirt when you’re outside. It was a really good book.

Hello! I hope everyone is well this morning!

For the most part, yes, a staff is similar to a wand and is used much the same way.

They are made the same way. I think of it as indoor and outdoor - wands for indoor magick and staves for outdoor magick. A staff can be used for inscribing circles, sigils and runes on the ground, or directing energy, as per a wand.

I have also read that a staff was used to thump the ground to call spirits, as well as “knocking on wood” to summon the spirit of a tree. [Though to be honest, this last one seems rude. Just because you knock on my door doesn’t mean I’m going to help you or give you money. If you want the aid of a tree spirit, don’t act like the witch equivalent of Jehovah’s Witness.]

There is also the fact that in some times and places people weren’t allowed to carry ‘weapons,’ and staves and walking sticks sometimes were used for this purpose as well.

I have selected a piece of wood for a staff, but have not yet begun to carve it. I’m trying to hone my skills first, but yes eventually I will have and use one, primarily outdoors.

What do you guys think, is the staff a tool in witch craft and if it is does anyone possess one or use on in their craft?

I think @Undomeher gave a great answer to your question.

If I remember correctly, staves are also used in Druidry, though I’m not sure off the top of my head if they were also used in ancient Celtic practices. I don’t personally have one, though I probably wouldn’t be opposed to using one. They’re just a bit big and bulky, in my opinion, and I’m all about minimalism when it comes to just about anything

Staves I’ve heard used in terms of Druidry also. I’ll have to get back to my book on Celtic Paganism & see if it’s brought up there too

I’ve got a book by Dáithí Ó hÓgáin that might have some information in it but it’s a more academic read and I haven’t been able to get too far into it.

@TheMuslimWitch , a staff, a wand, your hands or a finger, these are all used to help you focus your magic where you want or need it.
A round crystal ball, a stone, flowers, a statuette, there’s no rule to follow. Your practice is just that honey, yours. It’s just a stick or a stone or statue…you’re the one who is Magick and you empower your tools by blessing them and using them as a focal instrument. Sending strength power.
blessings
Garner

You’ve already got some fantastic answers, but I just want to add in something Francisco shared a while ago when we were discussing staffs and wands in magick: 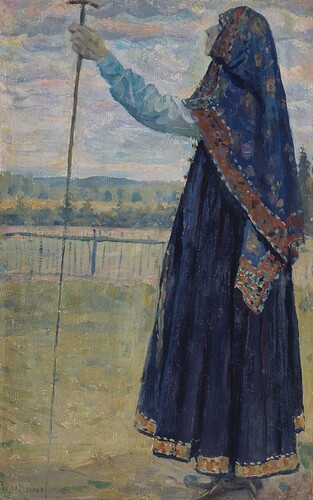 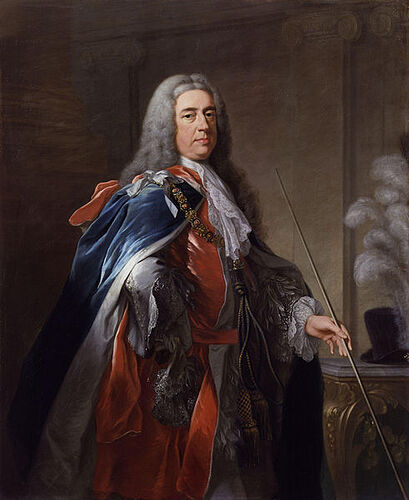 An example of the religious use of a staff is the walking stick used in Eastern Orthodox Churches which appears when a bishop is formally received at the beginning of the service. He will carry it as he walks into the church. An altar server will usually take it from him when he enters the narthex and return it to him when he leaves at the end of the service. Source .

He also talked about the distinction between a staff and a walking stick, and how a walking stick carries its own magickal symbolism in the Craft (especially for green witches)

It was helpful for me, so just thought I’d share these points here too!

Thanks for the info! Sound like a great craft to start on and a lovely addition to your magickal experience!

Well @MeganB i think hear i am the opposite as i like everything bright, bubbly, loud and over the top! However, if i feel i am ‘disturbing the peace’ by making people turn heads, i tend to take it down a notch… I guess a scarfed Muslim on a motor bike with a bright pink backpack and fluoro shoes doesn’t help

Thank you. You always have something wise to say

Thanks this was very helpful… The reason i ask is there is one i feel very connected to and i wanted to know before buying the hand-made and very expensive item if it was worth it, is it realted to the craft and most of all will i use it… Going off what @Undomeher said about knocking wood, we do this, well my husband does in his culture and to them it means not evil eyeing someone when you say something nice to them like “hey your eyes are amazing” person knocks on wood and says "don’t be evil-eyed (makes more sense in my husband’s language that last sentence…

Oh, that is so interesting! So, these are ancient tools! Thank you for sharing this history – I didn’t know about this.

i wanted to know before buying the hand-made and very expensive item if it was worth it, is it realted to the craft and most of all will i use it…

That is really interesting about the evil eye and knocking! It sounds like you have lots of things to consider as you weigh the options about the staff

And I feel you- I’ve found that for me, the hardest thing of all to know is- no matter how much I like how something looks- will I actually use it in my Craft?