Yesterday, to celebrate the new moon I did a deity Tarot spread and I am having a little difficulty interpreting the cards. The deity card I draw was the Princess of Wands (page of wands in most decks). I immediately thought of a deity with whom I’ve worked in the past, just because that was too easy and familiar. There is one goddess of whom I’ve had an impression since doing the draw and am doing research and looking for signs. 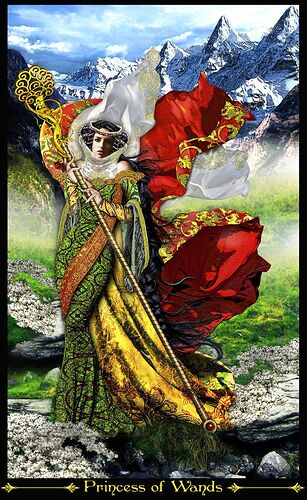 I am curious if anyone has any strong impressions of whom this card might represent.

The other cards in the draw were
Aspect cards: 10 of cups, 3 of cups, 5of wands, King of Pentacles
Symbols cards: 9 of wands and 6 of swords.

I also read that 6 of swords to mean I am moving into unfamiliar territory.

Thank you very much I am very curious what your impressions might be.

First, I work with Hades and do know that He is associated with the King of Pentacles. So as an aspect, it can indicate wealth (He is often sought after for his abilities with wealth and abundance) or abundance in some way.

I don’t know much about deities associated with Minor cards outside of the two I work with (Hades and Hel). But I did find this post that states Artemis, Apollo, Brigid, and Athena are associated with the Page of Wands.

Thinking about the aspects and symbols presented in the other cards, I am leaning towards Artemis. She is fiercely protective of her domain (wild animals, young maidens, and mothers) and can wreak havoc if provoked (5 of wands energy). She is a virgin which makes me think of the 3 of cups (divine feminine, harmony, understanding) and 6 of swords (beauty, balance, connecting divine with physical).

Thank you, @Amaris_Bane! I really like your interpretation and it’s so different from mine as I was looking at elemental trends in the cards and still digesting their symbology. And the deities I’ve worked with in the past have tended to be Hellenic, so she’s not completely unfamiliar to me. More to think about!

Deity readings are incredibly personal, so you should use your instincts on what you get from the cards. I use elements a lot in my readings. Here is how I break things down.

Multiples of a single suit will strengthen each other.

Brilliantly said, @Amaris_Bane. That is how I see the elements, though I had never considered how the elements interact with each other beyond being true to their nature. I am going to study your words.

Yes, it is a very personal thing to choose or be chosen by a deity. I think I’ve realized I do want to find a matron/patron, so I think this is a beginning of a period of reflection on who that is. I also find that I am quite happy simply considering Goddess/God in their archetypal sense, so I am listening to that, too.

The only impression I had from my reading was Brigid, who I have had no previous familiarity with, but am now doing a bit of study about her and refection on her.

@Siofra_Strega I believe works with Brigid. I don’t know much about her myself. For some reason, death dieties are drawn to me so I work with Hades and Hel.

Hi @Amaris_Bane! I actually work with

then sometimes others from the Celtic pantheon as it relates to whatever it is that I’m doing.

So, @ben1 I saw that Brigid came up… so think Hearth/Home, expectant & new mothers & children, protection, healing. She started keening in Ireland as she well, keened (shrieked, wailed) over the battlefields when her… brother or son was killed in she was in mourning… (very generalized rendition)… she works well with trnasformation & healing from wounds mental, emotional, relationships…

For instance, I knew I had something happening… we’ll call it a backslide, so the Morrigan

was heavily making it known she needed to tell me something. Once that situation had wound down enough where I got through what I needed, now my connection to Brighid

is coming up… they had both taken a step back while I went through the flow of events & then said, "Hi, you’re okay, we’re here… time for some healing. (Also a generalization) 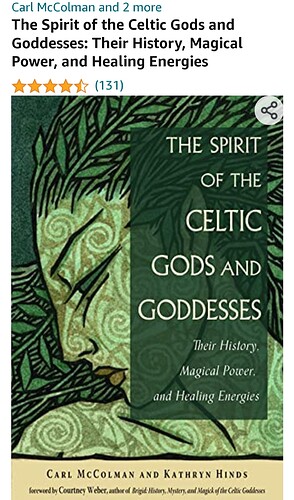 Thats a good place to start. If you go on Kindle or Amazon… Morgan Daimler, Courtney Weber, really Pagan Portals… will have books about her & then once youve worked with her there’s a book:

I personally wouldn’t read something or anything by Mari Silva on Celtic, Irish paganism, Chakras, Runes, or other deities.

Guide to the Beliefs and Religions of the World 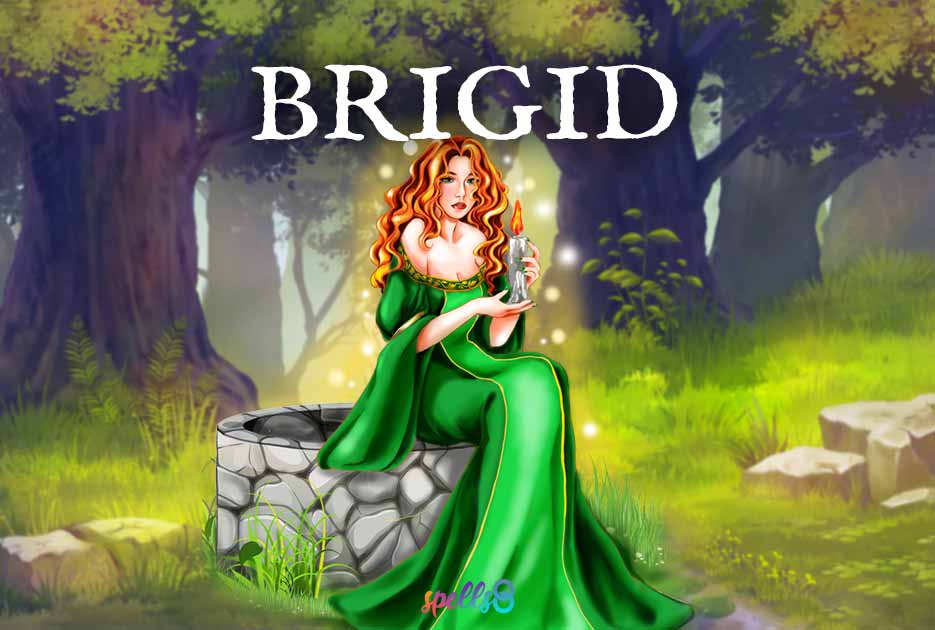 Of the many Goddesses in Irish tradition, Brigid is one of the most well-known. Pagans know her as Great Mother Goddess of Ireland, and Christians as a Saint Brigid (Brigid of Kildare), providing a beautiful bridge between beliefs and practices. With...

Or the Pagan Portals series on Brigid are good places to start.

Both images of the books are from Amazon. I have them in Paperback. But I also have oodles of “to read” or it’s being read on Kindle with Kindle Unlimited

Thank you, @Siofra_Strega! I am learning about her traits and correspondences, and I think her role as a healer definitely speaks to me, as does as does her connection to magic and creativity in general, writing in specific. I appreciate your reading recommendations and I am exploring them now. Good to know about waiting on reading Tending Brigid’s Flame.

This is an open road I am exploring.

@ben1 She really is a wonderful Goddess to work with, I’m not sure if you’ve seen the Tending Brighid’s Flame thread. When I post, I choose a something about or for her as an informational aspect with the linked source & an oracle draw from my Way of Brighid Oracle cards. Others are more than welcome to share also.

I change the informational part at the top roughly once a week & each day I post whichever card I drew that day for the collective. @marsha I know has posted more than a few times too. So her information or draws (whatever she chooses to post) will differ from mine too for other information.

Others have posted just a picture of their candle or setup for Brigid. However, you would like to participate. & its also perfectly okay just to watch the thread & not participate.

I have seen the Brigid’s flame thread and will continue to pay attention to that and now even bookmarked it. I am really just making Brigid’s acquaintance and will let you know what happens as those proceeds.

Whatever works for you, but definitely learn about her start paying attention to where it goes. You’ll know.

i have continued to ponder the cards I drew and have also had a few thoughts regarding how it’s Brigid has possibly been guding me over the last six months or so in a number of creative endeavors as well as my return to Wicca. That in and of itself is a very creative thing. I continue to ponder and study.