The kind of animated character we need

Yes there been witches on Disney cartoons, but so far none as a protagonist, that I’m aware of.

Ooh I saw this and I thought it was done nicely!!

I’d love to see and hear her story 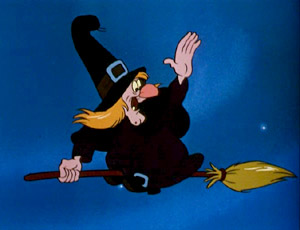 Source Witch Hazel is a fictional character appearing in Disney-related media. She first appeared in the 1952 Donald Duck cartoon Trick or Treat, where she helps Huey, Dewey, and Louie get candy from Donald. 1 Background 1.1 Personality 1.2 Powers... That’s neat, @pedros10- I really like how they approached the character redesign. She looks great!

It’s not a very well-known series, but Disney has a show running currently called The Owl House

whose main character is a human girl learning magick. Most of the characters are witches or magick users and it’s a really fantastic show!

Witch-positive show with something for everyone

Greetings to all! For those of us in lockdowns and looking for something new to watch- I’ve got a recommendation to put on the table! My partner and I recently finished a really cute little show and I thought I’d share it with all of you

For anyone who likes meaningful cartoons with a focus on magick, I highly recommend it!

Oh my gosh! I remember her but never knew (or remembered) that she had a name! Memory unlocked! Thank you