Hi everyone. Before you think “my god gross”, i am talking about nail clipping, hair, etc., not what you are thinking (dirty minded, jokes)

Anyways, i know some witches use their blood in rituals and some people even clip hair of their own and the one they desire’s hair for some love rituals (i haven’t done this only recently read about it), so i started thinking about hair and nail clippings… Does anyone use these in spells or rituals?
I mean to me the only relevance these waste parts have is that my partner was saying that in our religion it is bad to cut toe nails in the house as it should be done outside and to throw hair after brushing in the bin, and these items should be left in a corner under a tree. I asked why but my husband wanted to close the subject.
So i guess my question/s are does anyone have a cultural/religious idea same as mine or does anyone use this in their witch practice?
I for one am not ready to use nail clippings for sure and i am sure somewhere out there people use teeth. The only concept i have close to this is i used to save my children’s teeth when they fall out but stopped doing it after a while as it seemed a little Jeffrey Dahmer like…
Any opinions would be nice

My first thought at your title was using urine

but I see now that that’s not where you were going with this post. Using personal items that are deeply connected to someone act as taglocks in your spells. This gives the spell something to hold on to or target, depending on the spell. You could include nail clippings and hair in a witch’s bottle for protection. You could include those same items in a hex to get someone to leave you alone, lose their job, etc.

I’ve never heard about leaving your hair outside being for religious reasons but I have heard that it’s okay to do that so the birds have something to use in their nests. However, in various cultures, I believe that’s thought to be a bad thing because you become “bird-brained”. I don’t have a source for that so don’t quote me there.

Yes i really wanted to know the religious reason behind it and see if there was something related to witchcraft as well but seems although it is not taboo it is a subject my husband doesn’t want to talk about. It more what they say is what it is type of thing. As for me if i can, i love to find out the reasons behind everything. Won’t lie my curiosity is worst than a child and can get me into a pickle sometimes

So I was also curious and went on a Google spree

I am assuming your husband is Muslim so I went looking for different rituals and rules regarding trimming nails and Islam. Here are a few things I found!

Islam tells us to trim our nails, because this is one of the five qualities dictated by the fitrah (natural inclination of man). If one throws them in the garbage or buries them, there is nothing wrong with doing either (Fataawa al-Lajnah al-Daa’imah, 5/174). But if one is afraid that they may fall into the hands of a practitioner of sihr (witchcraft), then he should bury them or throw them somewhere where such people will not be able to get their hands on them. And Allaah knows best. – Disposing of nail clippings - Islam Question & Answer

It is permissible to throw them in the garbage or down the drain, or to bury them. If a person fears that they may fall into the hands of those who practise sihr (witchcraft) then he should dispose of them in a place where they will not be able to get hold of them. And Allaah knows best. – Ruling on burying nails, cutting them at night and saying Bismillaah over them - Islam Question & Answer

The scholars generally concur that it is recommended to bury everything that is separated from a living human’s body, such as a limb, hair, nails, and the like. [Shafii: Nawawi, al-Majmu` Sharh al-Muhadhdhab, 5.213; Hanbali: Buhuti, Kashshaf al-Qina 2.96; Hanafi: Turi, Takmilat al-Bahr al-Ra’iq 8.232].

This is because Allah Most High has honored every part of the human being:
“Verily, we have honored the Children of Adam.” [Quran, 17:70]

This was from the habitual practice of many of the Companions of the Prophet (Allah bless him and give him peace) and the early Muslims, as mentioned in works such as Ibn Abi Shayba’s Musannaf.

Some Hanafi works would seem to indicate that it is necessary (wajib) to bury the hair and nails, but other texts make it clear that what is meant is a linguistic usage of wajib, namely “highly recommended” because they follow it up by saying, “And if one throws it away there is no wrong in it (la ba’sa bihi), though if one throws it in the toilet or washroom, it is disliked.” [Muhammad ibn Husayn al-Turi, Takmilat al-Bahr al-Ra’iq, 8.232, quoting al-Nawazil] – How Should a Muslim Dispose Cut Off Hair and Nails?

So, maybe some of that is the reason why your husband wants them discarded outside?

Hi @TheMuslimWitch —YES!!! Folk magick all over the world, charms, witches bottles and witch cakes, native regional tribal magick, in addition to voodoo, voudon and hoodoo all use hair, nail clippings, blood, sweat, spit, tears, urine, semen, menstrual blood and occasionally the placenta, afterbirth, and other various body parts in some of the rituals and spells.

Various ‘proper’ religions are either opposed or in favor of using “personal concerns” (term for anything that has someone’s DNA) in their practice, although they will often use it as a symbol as in the Christian’s Lord’s Supper being representative of the blood and body of Christ. @MeganB is correct in the research done on Muslim belief in hair and nail clippings, and this will vary even within the Muslim community from locale to locale, but it’s that way with most things, isn’t it?

I recently did a mini-dive into Hoodoo and read a book about it, and the religions and practices coming from Africa and some of the islands are steeped with these practices and they are some of the most powerful spells and potions even today. There’s much on the web about it, here’s a little primer about Personal Concerns in Hoodoo: Nice, can i ask in what type of spells?

Those items are used in curses and Witch jars for protection. Anything that i feel needs some of me in it. Adding a piece of yourself increases the power of the spell, ive found and my crone taught me.

HAHAHAHAHA!! Firstly thank you for sharing this i am so going to tell my husband. Secondly the reason i find it funny it to keep it away from people who will use it in witchcraft… I am the very definition of a rebel and although i most likely won’t use nail clippings for witchcraft, i guess other Muslims should hide their’s away from me (jokes i won’t be taking anyone else’s gross nails lol) No offence to any other Muslims here, and i am speaking in my own opinion, but this type of attitude is what lead me to the craft as i find it so outdated and kind of offensive.
Man what am i going to do when i go on holiday

I have seen people on Tiktok using their menstrual blood as an offering to Gaia but not sure in my urban area if the other community members would appreciate it if i get spotted lol. I understand the concept through and as @MeganB said Muslims tend to not want body waste to fall into the wrong hands i guess this is the same for Hoodoo too. Thank you for sharing i will check the link out

@TheMuslimWitch people on tiktok are stupid. Most of the time the stuff they do is crap.

Hahahaha this is true. I think it is more to shock people and get views i guess

@TheMuslimWitch u are exactly correct. Its like look at me. See what i can do. My son’s girlfriend has one. And OMG she is an idiot. No one cares that u are getting ready to go to a bar.

Absolutely! The only thing I found interesting was a “spirit pendulum”. The tiktoker put a pendulum inside a glass bottle with salt, rose petals and some stones and sealed the jar.

I liked the idea for decorating my witchy room, but is the only thing that I found pretty and not a waste of time!

Hahhaha yes i don’t mind the crafty things will have to admit and some cute products people share (honestly it does me more harm to my pocket than good), but some people will do anything to get a like… I guess it is their choice however and also will admit some people’s videos do give me a laugh here and there

@SpanishWitchy 100% agree. I have a room in my house thats ALL mine. And its where i have all of my witchy stuff. Hubs doesn’t come in here. Its great.

Same here but man everyone comes in and out. Mind you we have a small place so privacy is not a thing here. I do however lock my door from time to time to escape in my little slice of heaven

@TheMuslimWitch yes some are funny. Ive even thought about doing some of my dog and his ball. Hes like a crackhead. He sees a ball and his pupils dilate and his lips start quivering. Its sooooo funny

Oh would love to see that. I love the parrot ones too where they drop a beat so cute to die for! I just look at my cockatiels and be like “why don’t you do that besides a little peek-a-boo” lol 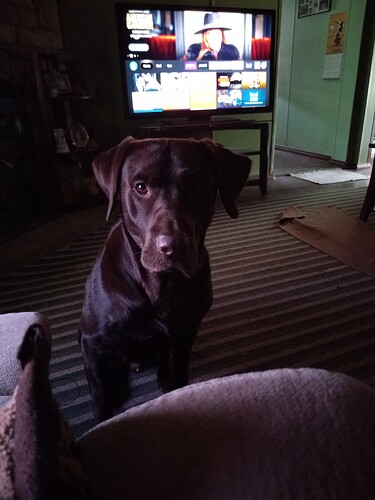