Walt Disney and his Fairy tales

Walt Disney and his Fairy tales
Did you know Walt Disney appropriated horrid “Fairy tales” and used them to make an impression to most adults and children, here and around the world.
Lets look at his first animated ’ fairy tale:

Snow White and the seven Dwarves

The fairy tale is based on the tragic life of Margarete von Waldeck, a 16th century Bavarian noblewoman. Margarete grew up in Bad Wildungen, where her brother used small children to work his copper mine. Severely deformed because of the physical labor mining required, they were despairingly referred to as dwarfs. The poison apple is also rooted in fact; an old man would offer tainted fruits to the workers, and other children he believed stole from him.

Margarete’s stepmother, despising her, sent the beauty, to the Brussels court to get rid of her. There Prince Philip II of Spain became her steamy lover. His father, the king of Spain, opposing the romance, dispatched Spanish agents to murder Margarete. They surreptitiously poisoned her.

That is not a happy ever after, is it? But Mr. Disney not only rewrote this terrible bit of folklore but taught kindness, courage and love.

Cinderella
That blond, fair-complexioned, but mistreated beauty in Perrault’s tale loosely relates to the history of Rhodopis, a Greek woman, whose name means “rosy-cheeked.” When she was a young girl, she was captured in Thrace, sold into slavery around 500 BC, and taken to Egypt.

Her unusual looks made her a treasured commodity, and her master showered her with gifts, including a pair of golden shoes. These shoes and Rhodopis were noticed by the Pharaoh, Ahmose II. He insisted she become one of his wives. While not his principal, revered partner, born of royal blood, she would still perform ceremonial functions and…mainly be readily available to gratify Ahmose sexually. Did her new found status offer her perpetual happiness? Probably not.

The actual book, the movie was based on was really quite sad and although the series was about a Nanny, it was more an abstract of her eccentricities. Ms. Travers was a deeply troubled and complicated woman who reinvented her life story many time. It took 20 years for Walt Disney to court her into allowing him to make the film. She hated it.

So, did he,(Mr. Disney), hand us a bunch of lies? Maybe but he taught us some wonderful lessons about tolerance and understanding. But there are still those who say he taught lies and misled children, making them paranoid.

I beg to disagree, paranoia, was teaching a 5 year old that when a siren goes off, you push your little desk against the wall and crawl under it. Cover your head and you’d be safe from a nuclear attack.
Right? And they wonder why my generation is slightly paranoid.

From the Movies to Weekly TV, everyone of us was touched by him. Good or bad, happy or sad, Walt Disney made an impression on all of us.
Garnet, History’s Heir

The Shocking True Stories Behind Your Favorite Classic Fairy Tales

Numerous fairy tales, and the legends behind them, are actually watered-down versions of uncomfortable historical events. These darker stories might be too terrifying for today's little lambkins, as well as some adults! 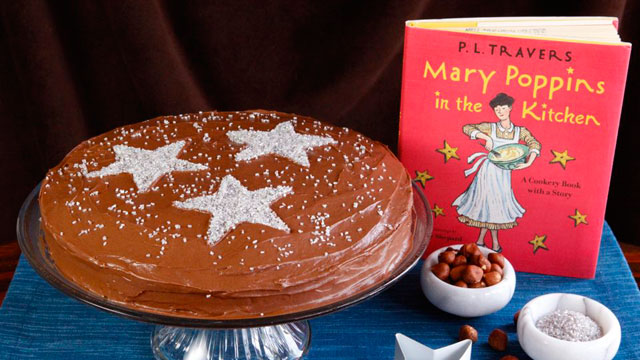 P.L. Travers was a misconstrued author of Mary Poppins. PBS Food shares a Zodiac Cake recipe from the Mary Poppins in the Kitchen cookbook.

Huh. That’s weird about Mary Poppins. I knew the other fairy tales were sort of dark. After all the stepsisters cut off their toes trying to fit into the glass slipper!

Interesting! I didn’t know that Mary Poppins the movie was actually based on a book! I mean, of course I should have realized that because I don’t know how many of Disney’s movies back then were based on original ideas

But you’re right! Even though Disney took those stories and watered them down, most of us have been touched by a movie or show in our lives.