Do Angels have a place in Wiccan Religion?

@Jeannie1, thank you so much!! I will most definitely let you know!

Attention, the following message is given without bias or to insult anyone. If you are bothered, please know it was never my intent to do so.

Wade, I think Angels are for everyone, regardless of sex, color, or religion. You have free will & as such you have chosen Wicca. Now, the beautiful thing about Wicca, Paganism, etc. Is that you have left one “house” (Built of strong stone walls and strictly regimented, possibly the word I search for is, a form of enslavement enforced by fear.) You have ‘chosen’ a belief system without the constraint of walls & fear.

Now that I have made a few statements not meant to insult anyone.

I have a beautiful statue of Michael the Victorious, an archangel, who is also my guardian angel. He will repel any negativity towards my altar. There is no downside in this. I think, like magic itself, Angels or some such entity, have always been with us.
Through Devine intervention, for a Purpose? Maybe, possibly, probably …yes. Now that I have made such a firm statement, Ha, ha.
What I do believe is that “They” are and they are positive. Blessed be to you and yours.

I just came across this post and I had to write a comment because it reminded me of something my Grandad taught me. He was an atheist, a kind and gentle man who is sorely missed

But when I was 7 I remember him telling me that the angels would always watch over me when I was going to have surgery for a tooth that had grown the wrong way in my gum. I thought it odd because I always remember my Granny chiding him for not believing in God (they loved each other regardless he just liked to wind her up lol) So when I was feeling better I asked him why he said the Angels would watch over me if he doesn’t believe in God or Heaven? And his reply? “Just because I don’t believe in a God, doesn’t mean I don’t believe in the human soul. Everyone who isn’t here anymore is an Angel Chooks” That stuck with me and really helped me open up my spirituality. Btw Chooks was his nickname for me, its a Scottish thing lol

Oh what a wonderful memory to have of your Grandad! I believe kind of the same thing. My grandmother & mom watch over me & they are both now Angels.

That is so beautiful, Lisa

I think your Grandad was a very wise man! Thank you for sharing this lovely memory and his powerful words

I still miss him even after 15 years 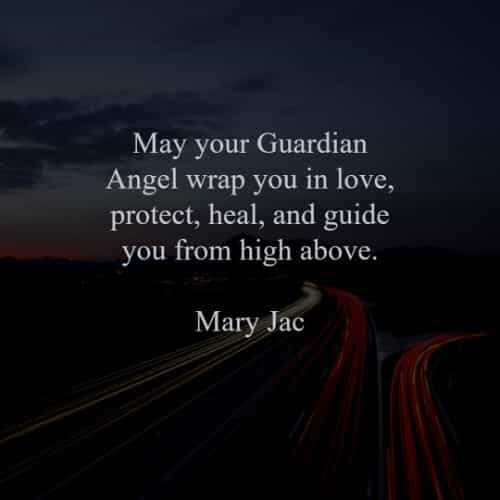 What a lovely thing to say. As for the fact he never met your children? Don’t you know that he watches them while you sleep?
You will find that as you become better at meditation, you could actually communicate with him.
True story: I couldn’t resolve myself to my Dad dying.
Through meditation I did see him one more time & he was happily reading in a magnificent library. That was something he had always dreamed of. It found my comfort.
True story: When my Uncle died, his wife was inconsolable so I did a private meditation. I found him in the Golden Library, (that’s my sanct-uary when I meditate.)
When I spoke to him of my Aunt, he said,
“Tell her that I’m fine & there’s no more pain.” That confused me, because he didn’t die in pain, I was there. When I spoke to my Aunt, I asked.
“Auntie was Uncle in pain, did he have pain?”
She looked at me strangely & finally said, "Why do you ask?
When I told her of my experience, she broke down. I held her & we both cried. Finally she said: “Yes, his shoulder was always so painful. It was so bad he couldn’t sleep.”
Grief is never easy, nor short, but eventually she gathered herself to thank me and go on with her life.
So Lisa, anything is possible, if you believe.

That was beautiful Garnet thank you

And I really do believe

with all of my being

Don’t know why but this one gave me goosebumps and almost made me tear-up! Loved the message.

Maybe it’s the moon or the season but everyone seems a little
weepy this week. Maybe we’re being shown humility.

I know it’s already an old topic, but I still wanted to share, I often talk to the angels and ask them for help. Most of they really do
Have nice day

I know this is an old post, but I’ve only been here a few days haha

I’ve dabbled in a little bit of Demonolatry, and one of the big things that stood out to me about it is that you begin to realize that a lot of these “Demons” and “Malevolent Spirits” that suffer the oppressive dogma of Christianity (I mean no offense with this statement!) We’re actually gods and goddesses of older religions, villified for the sake of conversion that was very common in the time of Christianity’s inception.

The bigest one that would be most familiar would be Lucifer : “Lucifer is the name of various figures in folklore associated with the planet Venus. Originally stemming from a son of the personified dawn, the goddess Aurora, in Roman mythology, the entity’s name was subsequently absorbed into Christianity as a name for the devil.” - Sourced from Wikipedia, but there are other sources as well.

Why he was chosen specifically for the role of Devil I do not know. I fell away from Christianity around the age of 10, and never really paid much attention in sermons

And Sariel. " Sariel, according to the Book of Enoch, was one of the leaders of angels who lusted after the daughters of men. They descended to the summit of Mount Hermon, in the days of Jared, to acquire wives and lead men astray. Sariel specifically taught men about the course of the moon." - also sourced from Wikipedia, and various other sources echo this as well.

While Sariel wasn’t a god, he was listed as an archangel and also a fallen one. At some point, he fell like others. In Demonolatry, he is regarded as the Prince of the Moon.

If you are curious for more on the topic, there are texts such as the Testament, the Lesser Key, and the Greater Key of Solomon. As well as the Ars Goetia. Another great book on the subject is The Complete Book of Demonolatry by S.Connolly.

One word of note! If by chance you do decide to use these texts in reference for working with any of the entities listed within them, using the Goetic circle that closes in their sigils is actually seen as a bad thing. The way I had it explained to me was that the entities take it as a sign of control, and that’s when you get backlash.

In my personal experience, I have petitioned Leraje to guide me to remove conflict from my life, and it has gone great!

If this is a topic that anyone would feel uncomfortable further discussing on thread, my DMs are open!

Again I mean no offense with this statement

I hold full respect for everyone no matter what you decide to do in your practice!

Well written for a “ apprentice “.

actually gods and goddesses of older religions, villified for the sake of conversion that was very common in the time of Christianity’s inception.

This is a really interesting point, Velle!

Although I’m far from being an expert in Slavic folklore, from what I’ve seen, may of the pagan gods (as well as local celebrations and traditions) in this part of Europe could not be erased by the arrival of Christianity, so instead, these local enigmas were adapted by the church.

It’s also interesting to note how similar beings, deities, and creatures of legend are across cultures around the world- the many faces of Cernunous/the Horned God/Veles or the Morrigan/Morana/Marzana, for example.

It’s always interesting to see how things that could bring groups of people together often cause disagreements instead. It makes me realize how important and valuable it is to study different cultures and represents of paganism/religion around the world!

@TheTravelWitch
Ooh! I didn’t know that! I definitely need to study up more on the subject as a whole honestly. I don’t know anything about the Slavic pantheon, or even the Hindu pantheon, but it is interesting when you Google names that come up in the book and they turn out to be significant religious figures from other religions! Demonolatry is definitely an interesting point of study for sure. It has its own etiquette apart from the deity work we are used to, yet it does parallel in some ways! It’s a subject that has made me eager to learn more about Theology as a whole!

Exactly; and once that knowledge is found it’s like a profound moment of “Woah. Why are we–as humans-- so dogmatic toward one another when we are very much alike?” It’s definitely an epiphany for sure!

It’s definitely an epiphany for sure!

Cultural and religious studies start out seeming like various paths are all so different in their beliefs, but the more we learn the more it is revealed that it’s all not so different after all

Always delighted to find someone else who shares a passion for these types of studies!