Good morning, recently I found myself dreaming of a 4 armed deity and but can’t remember most of my dream. However, this deity is stuck in my head and I can’t figure out which one it is. Any suggestions on how to figure out who is calling to me?

Thank you so kindly!

Hello @eliza78! What I have done when I have been reached out to by a deity in a dream or meditation is first take note of hornet much I can remember as you have. I then will consult my tarot cards. Emerald Lotus Divination has several spreads that I love to use for this purpose. You can also consult with a professional reader. @MeganB can refer you to some amazing online readers that would be able to do a deity reading for you.

There are additional spreads you can reference on her site here: Emerald Lotus Divination Tarot Spread Collection.

After I have more information about the deity contacting me, I will hit the internet. Take what you find with a grain of salt - as we all know, not everything we read on the internet is truth.

Once you have narrowed it down to a deity or two, you can do pendulum work to confirm. This is where the dream information comes in handy. If you feel strongly that it is Deity #1, you can directly ask “Are you {Insert Name}?” and wait for the response. If you get a yes, then you need to vet/verify that they are who they say they are and not a trickster. Start by asking questions about their mythology/history. If they get this wrong, then you know they definitely are not who they say they are. However, this is also common knowledge so you need something that is unique to your experience with said spirit - enter dream information. Ask questions related to what you remember. You can twist the information to ask a false question. For example, if you meet the deity in a deli in your dream, you can ask if you meet the deity in a laundromat. If the deity says yes, they are a trickster.

In my opinion, you should always vet the spirit/deity you are communicating with via pendulum.

With the “How” out of the way, I don’t know of many multi-armed deities. But again, that doesn’t mean that a deity didn’t present themselves differently to you than they would normally be. Ganesha, a Hindu god that is widely worshiped as the remover of obstacles and the bestower of good fortune, prosperity, and health. Shiva has also been depicted as having four arms starting about 1,700 years ago, although images with only two arms were found before that period. Many Hindu gods/goddess are depicted with multiple arms/heads to visualize their supreme power and superiority over humankind.

In the Greek Pantheon, the Actiorione were the Siamease twins of Poseidon and had two heads, four arms, and four legs.

I can relate to not remembering dreams. More often than not, the contents of my dreams escape me the moment I wake up. What’s important is that you remember part of it!

Amaris has already given you some amazing information. Consulting a divination method would be my first step, too. You can do this with tarot, oracle, pendulum, or any other form of divination you use. If you don’t use divination, then you may want to consider reaching out to a professional reader for help.

We have some resources here on Spells8 that may be able to help you, too. I’ll grab some of those links. Also, as Amaris said, the deity having four arms could be in line with their mythology or it could be how they presented themselves to you.

If you want to do a tarot or oracle reading yourself, we have this deity tarot spread here on Spells8 that you can use. 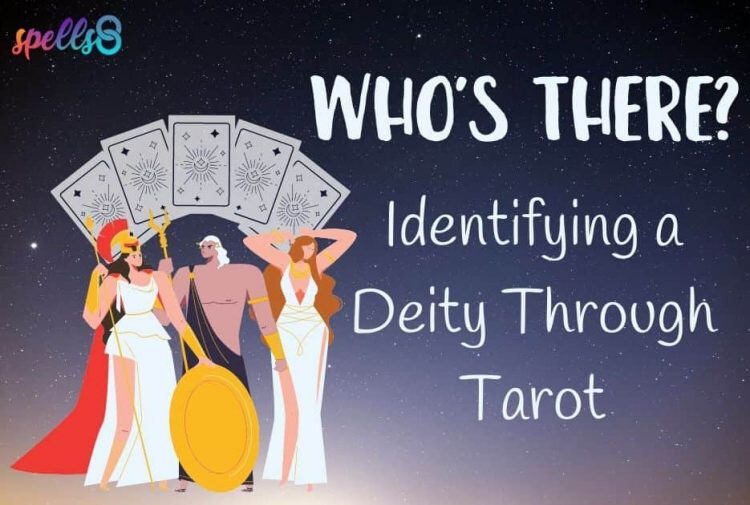 I would also be on the lookout for more signs than just a dream. You can set the intention during meditation, essentially putting a request out to this being, that you would like more signs from them to help you figure out who they are. 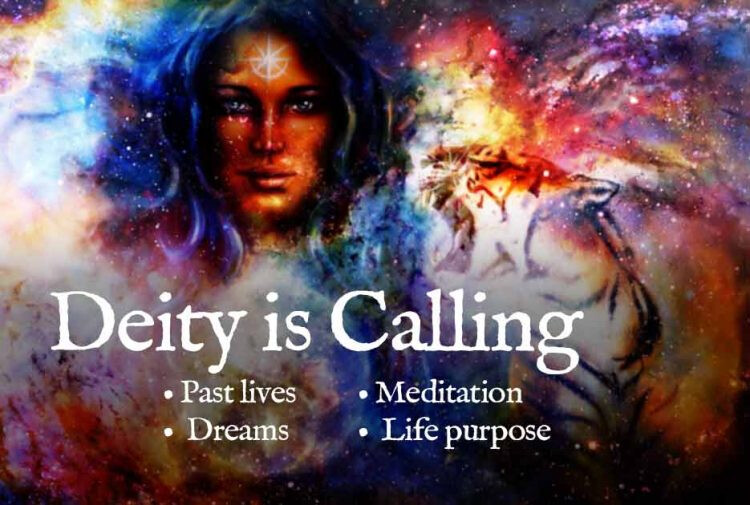 This is a lesson we have on Spells8 about finding your patron deity. Even though this deity in your dream may not be your patron/matron, this lesson might have some helpful information in it. 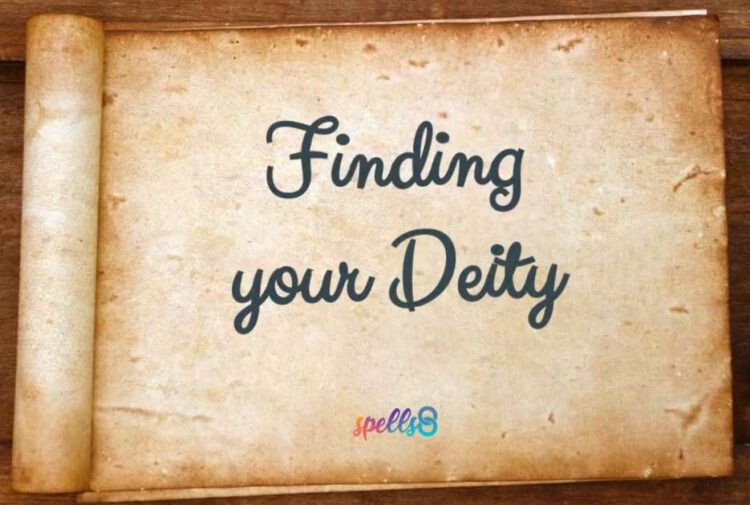 You can also use this tarot spread here to help give you clarity on your dream! 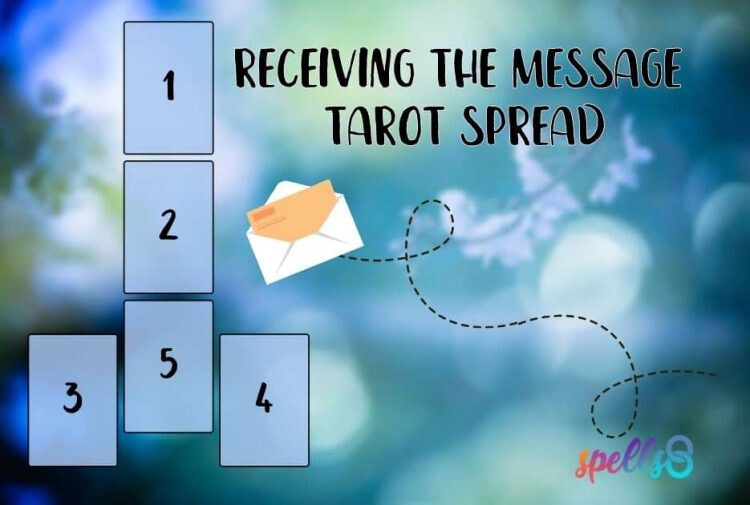 Lastly, if you’d like to induce visions during your dreams, you can create this spell sachet to use while you sleep to help you more dreams. This might give you more insight and answers. 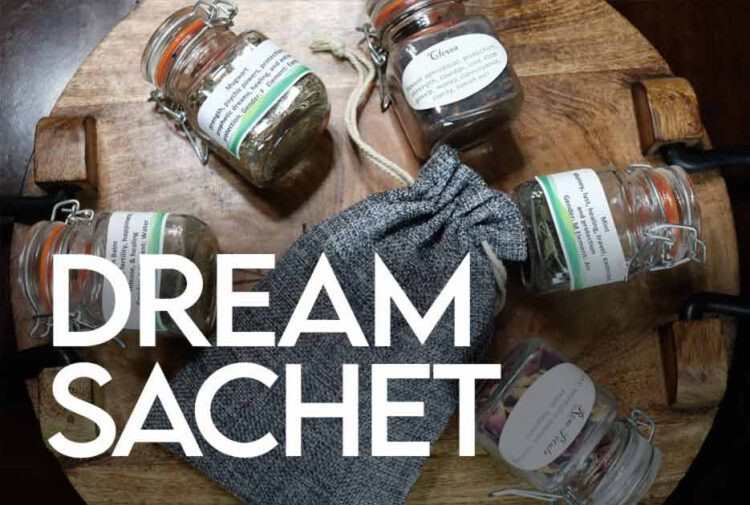 You can set the intention during meditation, essentially putting a request out to this being, that you would like more signs from them to help you figure out who they are.

I’ve been meditating for several years now. My clairaudience, claircognizance, and clairsentience has been getting stronger as well. Picking up signs or asking for more in meditation are second nature to me and I completely forgot to suggest it!

dreaming of a 4 armed deity and but can’t remember most of my dream. However, this deity is stuck in my head and I can’t figure out which one it is.

Hi there! I’m a green witch but I graduated from a Liberal arts university and have studied and been to many countries with ancient deities. I have a couple of questions if you’re still seeking. Did you dream about this deity only once or has it recurred? Did it feel like it was a positive energy or neutral or that the deity was reaching out or seeking you? Or, did it feel negative, icky or weird - is that why you are stuck on it? Even today I would write down every single little thing you can think about the dream. All the things others have said here resonate and are really good to do.

If your dream was general about 4 armed deities it may be more general than a specific deity making contact. Interestingly, Plato wrote in The Symposium that ….”according to Greek mythology, humans were originally created with four arms, four legs and a head with two faces. Fearing their power, Zeus split them into two separate parts, condemning them to spend their lives in search of their other halves.” — This could mean something if you are in ‘search of your other half’ - food for thought at least?

Deitys are easily spotted in Indian depictions from various times. Ganesha, Lakshmi and Vishnu are probably the most popular and I believe @Amaris_Bane mentioned them already. Below is a cursory depiction of them.

Ganesha
Ganesha is the elephant-headed son of Shiva, one of the three most important deities of the Hindu pantheon, and his consort, the goddess Parvati. He is widely worshiped as the remover of obstacles and the bestower of good fortune, prosperity, and health.

Lakshmi
Lakshmi is commonly portrayed as a beautiful woman with four arms, standing on a lotus flower. There is usually one, or sometimes two elephants behind her, anointing her with water. She is often depicted sitting beneath Vishnu, massaging his feet.

Mishnu, Kali are also and there are many lesser known ones as well.
Every Hindu god with many arms has multiple qualities which are represented by their different hands. It shows the immense strength and power of the Gods. Multiple hands also show that they can perform numerous tasks at a single time. Most Deities have four hands and some of them also have ten or twenty hands.

I’d say there are tons more in Buddhism and even other cultures. If any of these rings a bell, practice with your pendulum as @Amaris_Bane laid out, else, the links that @MeganB will also shed light if you are drawn to them.

I hope you find what you seek - let us know!!