Dryads : nymphs of the trees

Lately, I was searching for information about fairies and I found dryads who are immortal spirits living in trees. they are living in every tree that is alive. I’ve heard that they have great knowledge. I want to connect with them but I don’t know-how. If you guys know how to do it and please let me know

And also what are you guys think about dryads??

I read what little I have on nymphs but there wasn’t anything about connecting to them. Sorry I couldn’t help, hopefully someone else can.

It was believed that Dryads lived only as long as the trees they inhabited. both Nymphs and Dryads were companions of the god Pan, particularly in his aspect of Nature god. Here’s a simple spell to work with dryads:

You can open your ritual by invoking the element Earth.

Invocation from The Ultimate Book of Spells by Pamela Ball

I am going to try this today thank you so much

Awesome question @wasantha- thanks for bringing it up!

While nymphs and dryads will take on unique qualities in various traditions, here in Poland nymphs are called “Wiła”- which many believe which were originally human girls who were turned into nymphs through various circumstances.

Regardless of how one became a Wiły, the descriptions of them are similar across cultures. They are beautiful young nymphs or fairies with long, often blonde, hair and often translucent or very little clothing. Singing, dancing, and hunting, they flew and rode both horse and stag through the woods to draw in young men. “Black” fairies were maleficent, often considered like the Greek sirens (not to be confused with the Slavic Sirin). Some men fell into their traps and were forced to dance (or be tickled) to death. These nymphs could also deter travelers with their arrows and steal babies, replacing them with changelings.

There’s also a video with more information if you have an interest in nymphs as they appear in Slavic mythology! 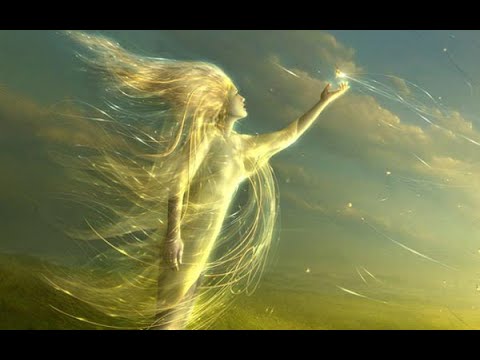 Perhaps the nymphs and dryads of other traditions are more along the lines of what you are looking for, but hopefully you found a bit about Slavic nymphs to be interesting!

Good luck and blessed be, Wasantha!

thank you so much for your info

Is it possible for a Dyad to be attached to a human?

There is a good Irish fairy tale called Old Pipes and the Dryad. Here it is, if you want to read it.

@mary25 I absolutely adored this story and loved every word of it. Thank you very much for posting the link this is much appreciated. I think perhaps a dyad has attached because I can remember many places whereby I came upon cleared areas in the bush devoid of trees and my heart ached.