LBRP in WICCA. What you think?

First of all, hello to everyone in the coven. Hope of all of you are having a delightful night and rest.
My question here is from my curiosity, I read from a source that members in Wicca had performe LBRP; which stands for:
Lesser Banishing Ritual of the Pentagram.
In which I believe that is awesome, but never read about it, at least on the books I have. Not sure if it was; if members done it before, or they just took some elements of it and add it to their rituals.
Let me know what you think, and if you never heard of it before, I’m going to share a video so anyone can have a idea of this type of ritual, most use in hermetics and occultist on Thelema and other traditions. 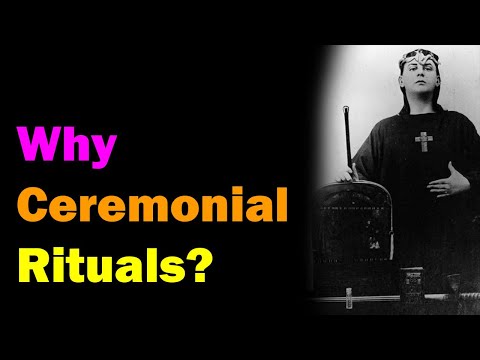 I agree with the video when it says that the LBRP is not necessary for “low magic” paths. As an Eclectic Wiccan I consider myself very much a low magic practitioner, as in non-ceremonial and non-dogmatic folk magic.

The occultist author John Michael Greer has a talk where he addresses this topic: “A Magical Education”, He says:

What I recommend for beginning students is that they choose a single basic practice from the magical tradition of their choice, and work up to doing it once a day, every day. Many magical traditions have specific practices designed for this sort of work. If you’re a Golden Dawn mage, it’s the Lesser Ritual of the Pentagram and the Middle Pillar exercise. If you’re a Thelemite, the Star Ruby, or perhaps the Mass of the Phoenix. The older Druid orders each have their basic practice: in OBOD it’s the Light-Body exercise, in AODA it’s the Sphere of Protection, and so on. If you’re a Wiccan, you can cast a circle and call the quarters.

Since you are studying the Golden Dawn I would encourage you to do the LBRP every day, or as often as possible. Here’s a guided version by Damien Echols on Youtube

For Wiccans, I think casting a circle and calling the quarters would be an equivalent practice.

Thank you, as more resources I can get the better, on my short period in the tradition, I saw differences on the performance of LBRP. Specially on the position of the corresponding quarter location wherethe Archangel is going to be: Earth, Water, Air and Fire. Which is the one used historically speaking.
Again, thank you @Francisco .

I am trying to get more into the practice of casting a circle and calling the quarters before my magickal workings. I do love a bit of ceremony!

I’ve heard of the LBRP but honestly, it isn’t something I’ve ever done. I do think it is a good practice in energy work and banishing for those who need something simple to do, though. It can be done with no tools and very little time (as far as I know), so quick and easy for those spoonie witches or those who are just really busy.

I have done the LBRP once or twice, I dont practice Wicca however Im more of an eclectic person, that being said Ive tried to test the waters of different magickal systems to see what works best for me, and from what I understand the LBRP has to be done pretty much religiously(daily) to truely gain all the benefits of the ritual, there are elements as we see them, but the ritual is very detailed and while its beautiful to say the least its just not for me, I love studying Crowley, and other deep occult scholars, but Ceremonial Magick is just something I dont have the willpower to grasp fully, the systems, rituals, symbols, meanings are all very elaborate and incredible with tons of esoteric meanings and lessons laced throughout! I hope this kind of gives you my thoughts on it, and if you ever want to discuss other occult arts and systems please do shoot me a message I would love to talk

Also let me add a few authors to check out

I do understand you, I’m the type of person that I mostly go by; forget the details, let me get my hands dirty approach. That’s me though, but also learned in my journey into Demonolatry, the ceremonial part when invoking to a Demon on a ritual.
Even on Crowley’s writings, you can see that he had a deep influence from GD in his books that he kept on his practice.
I like on taking here and there from other traditions, understanding my limits. This on relation on folk magick.
Here where I live we have Sanse, which is Puerto Rican vodou, santeria, el palo. In which I learned but never got deeper, you have to be initiated on this kind of systems. In palo specifically, to get used on animal sacrifices. Is the type of spirituality in which I end up; ok… I’m not going to get my hands that dirty.

But good to have some correspondences of it.