So I was just in time to do this spell that I had wanted to do for sometime. A spell of protection, at first I had no idea what I wanted to use for protection but I however managed to find something.

bracelet. At first it was very strange how I caught my attention. I walk straight up to it and notice it was not only a bracelet but it was a ‘Nazar’ an evil eye. It so funny how things find you when you need them must. This was strange cause things like these are very rear to find on my side where I am from. I starring at this bracelet for so long, that I was somewhat in a chanse

I ended up buying this because I somewhat knew the power behind something like this. That same afternoon on my way home did some research as well to strengthen my knowledge on the charm bracelet.

this was very surprising to me.
N.B Sorry for the small print but you can zoom in to view. You can check this out below. 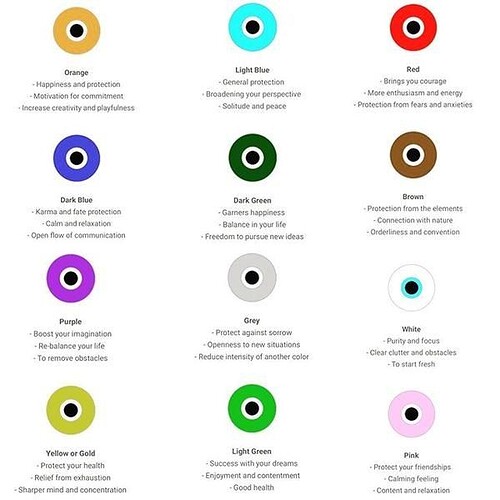 I found a simple spell of protection that I used for my charm bracelet. I invoked the four elements into my spell work, lit a white candle and by placing my protection on a bed of rosemary. I also add a little extra line to the spell giving it a little twist as for me to also have self protection

when i wear this charm. 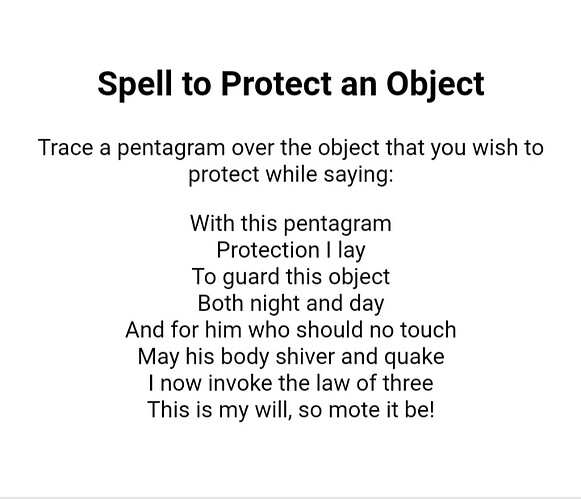 . Here is a picture of my bracelet. 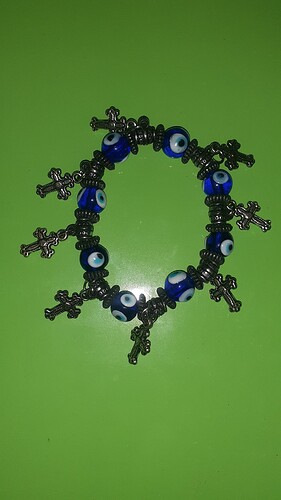 This challenge was really worth it for me.

That bracelet is awesome! You’re lucky to have found it! And thanks for the info too, that’s great! You got this challenge down good, girl!

So interesting! I planned on writing about the Nazar for this challenge too because I just got some Nazar jewelry!

Ohhh, I am happy this challenge cam up and its nice to known so much about the Nazar @MeganB. I can just imagine your jewelry, they must be breath taking

protective bracelet! Thanks for sharing the info about the different colors because I had no clue that they’re were more colors than blue.

I had no clue that they’re were more colors than blue.

I never know this until I did some research myself. I can definitely say I learnt something while doing this challenge😝

Beautiful, @NickWick! It looks like you’ve got quite the eye for magickal jewelry

But puns aside, you really found something lovely- what a bracelet!

I’ve only seen the Nazar eye in the dark blue, but I’ll have to keep a lookout for the others colors too. That’s very interesting! You have blessed us all with your protective wisdom- thanks for sharing!

I didn’t know about all the color variations, that’s a nice twist on the original blue

From what I knew, because in the Mediterranean (where the legend originated) dark-eyed people were the norm, those with blue eyes were considered most skilled at using the evil eye, leading to the prominent use of blue in protective amulets.

According to historians, drawings 10,000 years old have been found on cave walls in Spain depicting symbols to ward off the evil eye. - Source

Here are other interesting quotes from that article:

‘‘The basic root of the evil eye is the notion of a limited good most common in peasant societies,’’ Dundes said. ‘‘If there`s not enough of a good thing and if you praise someone or something, it means you want what they have.’’

Immigrants from evil-eye cultures brought this notion to America, but their Old World belief in the danger of envy gradually gave way to the American myth of boundless opportunity.

‘‘In American society you have notion of unlimited good,’’ Dundes said.

Thank you @TheTravelWitch I myself need to keep a look out for the other colours in the Nazar as well.

You have blessed us all with your protective wisdom- thanks for sharing!

just happy with my self just the way it came out. Thank you for your words of encouragment.