@pedros10 I really like that image of her also! Great find & thank you for sharing!

@Garnet you are very welcome. I knew that she was Zeus’ daughter… that was the extent of my knowledge. Lol… the page I got the information from has a lot of things linked to her & her family as far stories & history of the Greek Gods/Goddesses of Mount Olympus.

I do work with Persephone and was immediately drawn to her background when I was initially researching the various Gods and Goddesses.

This is the picture of her I have on my altar… 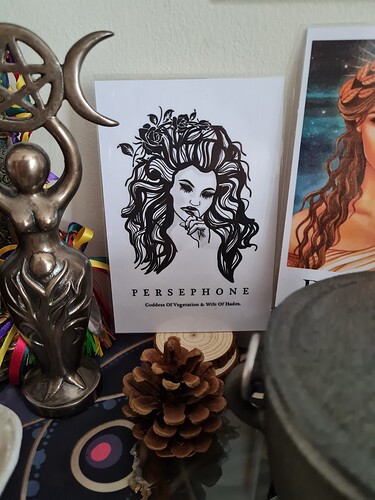 Oh that is gorgeous @IrisW!

I think after my ritual & how I feel, I would like to work with her & my ancestors. But, we’ll see how the ritual goes & I want to see if I can find a book on her to read.

In my book on Mabon, the author wrote a different story to go with Persephone, rather than having Hades abduct her. She was growing up and tired of being Momma’s little girl and all that and went for the first bad boy that came by in a fit of rebellion. It gave Persephone much more power, I liked it.

Oh I haven’t seen that version yet! Now I’m curious! Thank you @Amethyst

You’re welcome. It’s in Autumn Equinox The Enchantment of Mabon by Ellen Dugan I think. It’s been a couple of years since I read it.

Me too! I know the abduction is the usual story but that just makes poor Persephone’s life seem so sad. At least in that story, she made choices for herself.

Thanks for sharing your exploration of Persephone, @Siofra_Strega! She is a very interesting Goddess to explore

In my book on Mabon, the author wrote a different story to go with Persephone, rather than having Hades abduct her.

I love this so much- I feel like this take on the story puts a lot more power in Persephone’s hands!

I’ve been seeing a lot of story re-telling lately when it comes to the Greek Pantheon- like the Hades game (amazing game btw) or the book Song of Achilles. Maybe it’s because I’m biased with modern tastes, but so far, I’ve found that I tend to like the modern interpretations even more than the originals

Maybe it’s because I’m biased with modern tastes, but so far, I’ve found that I tend to like the modern interpretations even more than the originals

I think that’s it. I’d rather think that Persephone wanted to be carried away, rather than her being abducted and raped. Not a nice thing. No wonder Demeter was having fits.

Seriously, if that’s what happened with my father’s approval… I doubt my mother would have ended at having fits.

There’d be some kind of carnage to go along with it.

Honestly I was thinking about how she got abducted but was such a wonderful Queen of the Underworld. I like the being carried away version better too. Then it seems like she could flow through her days more easily if it was her choice rather than under force.

Especially if she CHOSE to eat the pomegranate and not was tricked into it. Choice makes everything better.

I couldn’t agree more @Siofra_Strega and @Amethyst- choice is a very powerful thing! Adding it into Persephone’s story gives both the characters and the story as a whole a much better flavor- it’s certainly easier and more enjoyable to read that way!

I have to admit I’m getting a bit tired of some of the recent old movie re-dos (looking at you Disney), but these new retellings of anicent classics that change (at least what I see as) problematic elements to make them easier and more fun to read are

Ha, Ha
Bri, I remember when Pocahontas came out I was appalled when they separated in the end. Was this not Disney? What happed to happily ever after? But then again she was only about 12 when this all happened.
Disney took many liberties with fairy tales which mostly were very dark.

Speaking of Pocahontas, she did marry a man named John and lived in England until she died. There are still issues of her tribe wanting her back but the UK remains uncooperative.

I love this portrait of her

I’ve seen that gorgeous picture before on another post. It’s stunning

She has an interesting story. I read about her because my daughter named her belgian malinois puppy that. Persephone Asmodeus to be exact. So queen of the underworld and god of destruction. Baby girl lives up to the name

Disney took many liberties with fairy tales which mostly were very dark.

It’s true! The Little Mermaid comes to mind as well. That was one dark story and Disney turned it into something fun and cheery

I guess while I’m getting a wee bit tired of the continuous live action re-dos Disney has been churning out lately, it is true that in the past they took some dark tales and made them more enjoyable

my daughter named her belgian malinois puppy that

We had a Belgian Malinois mix when I was growing up- I had never heard of the breed before we had her, it’s not a common one! Shame, they are gorgeous and loving dogs

I’m sure Persephone Asmodeus lives up to her name very well! 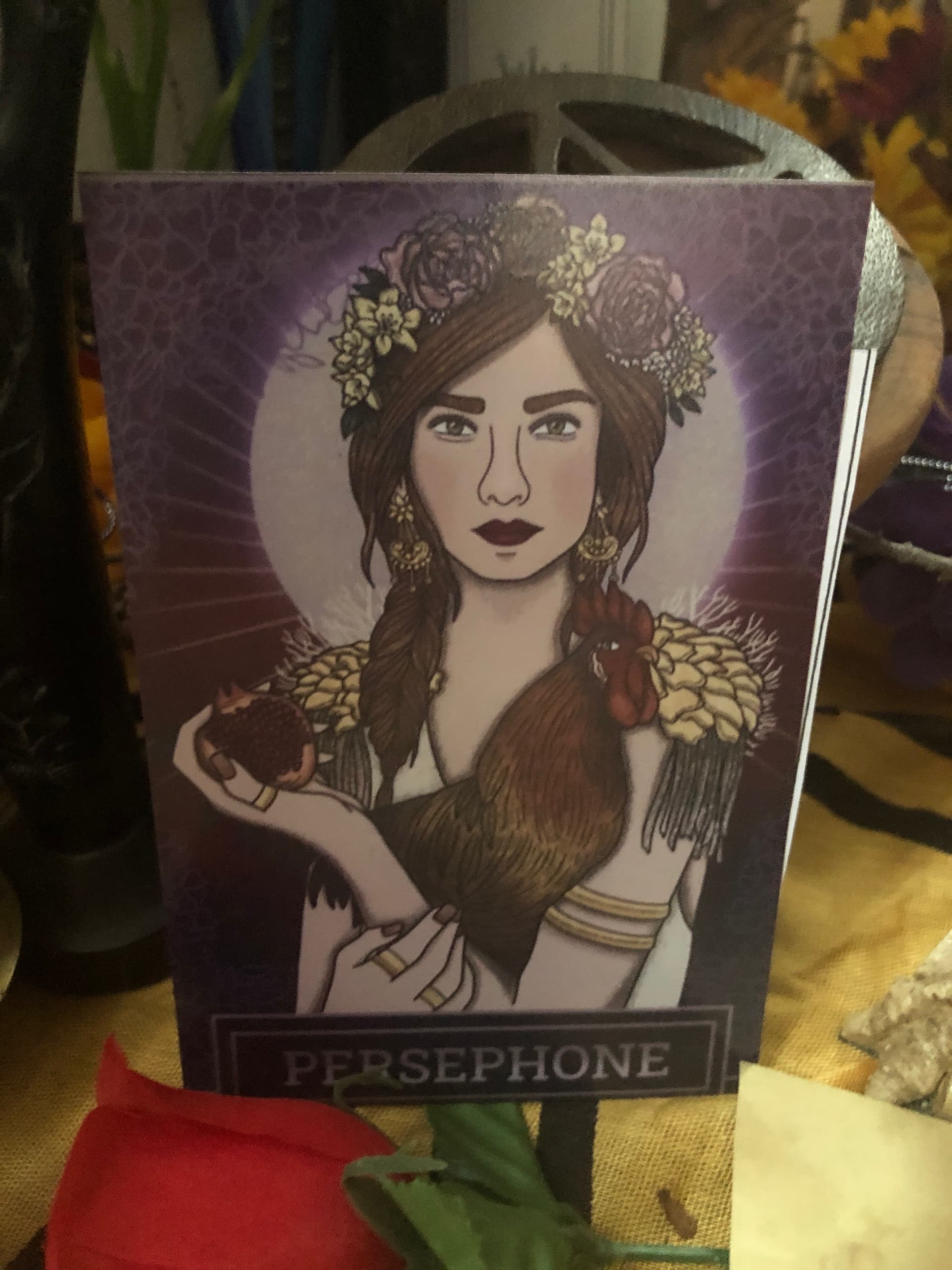 Thanks so much for your sunshine!
Bless your heart

You are very welcome!