Spicing up my writing

I thought it would be cool to change up how I write down things in my bos. These are letters that used to be part of English. I’ve been using ð and þ interchangeably for the ‘th’. ðe or þe for ‘the’; þing or ðing for ‘thing’.

Thorn (þ) is in many ways the counterpart to eth; voiceless pronunciation—your vocal cords don’t vibrate when pronouncing the sound—like in thing or thought

Today, the same th letter combo is used for both þ and ð sounds. There is a pronunciation difference—thorn is a voiceless pronunciation and eth is voiced.

Wynn (ƿ) was incorporated into our alphabet to represent today’s w sound. Previously, scribes used two u characters next to each other, but preferred one character instead

Yogh (ȝ) was historically used to denote throaty sounds like those in Bach or the Scottish loch. Most often, the gh substitute is completely silent, as in though or daughter.

Ash (æ) In its original Latin, it denoted a certain type of long vowel sound, like the i in fine. In Old English, it represented a short vowel sound—somewhere between a and e, like in cat. In modern English, æ is occasionally used stylistically, like in archæology or medæval, but denotes the same sound as the letter e.

Ethel (œ) also once represented a specific pronunciation somewhere between the two vowels o and e, though it was originally pronounced like the oi in coil. Like many clarifying distinctions, this letter also disappeared in favor of a simpler vowel lineup (a, e, i, o, u) with many different pronunciations.

You just gave me a headache. At least, I am sure this will sound very serious for your future generation apprentice stumbling upon your bos by mistake hidden in a mysterious box deep down a hole in the corner of a garden next to a mystical plant or tree.

Thank you BTW for learning me some grammars in english!

I know some people code their BoS/Sacred Books, and I really love this idea of incorporating old English letters into your code. I think that’s really creative!

Funny story: I took a Literature class at Oxford and I remember one of the books we read was Gawain and the Green Knight. But my friend bought the wrong copy of the book (in Old English as opposed to Middle English) and didn’t know until we started reading in class. Turns out English has changed a lot over the years

For anyone interested, this video has spoken Middle and Old English: 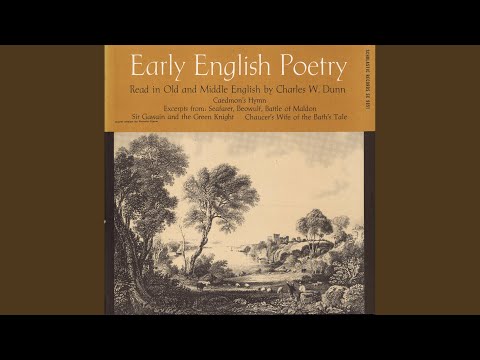 As someone who used to teach it, I can attest that English is both a fascinating and headache-inducing language

Thanks for sharing your studies, Torista- I think it’s a neat idea and I’m cheering you on as you build your BoS!