so here it comes, enjoy

is a prehistoric monument, located in Wiltshire, England, consisting of an outer ring of Sarsen stones

around 13 feet high, 7 feet wide with horizontal Lintel stones laying on top and an inner ring of smaller Bluestones

The monument appears to have been positioned around the sunrise

on Summer Solstice and if you were to stand within the stone circle, looking northeast

through the entrance, you would see the sun rising in the direction of the Heel Stone. 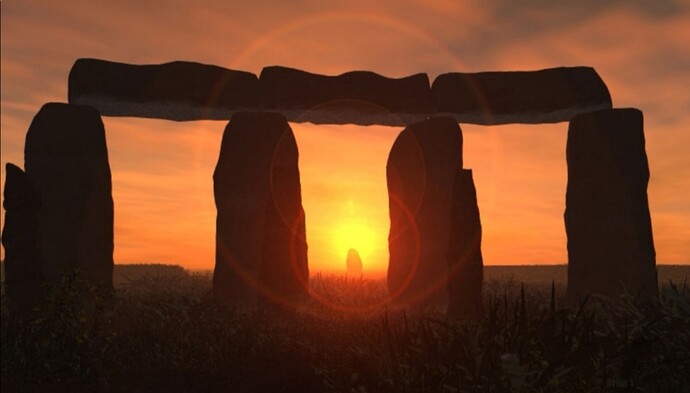 Most archaeologists agree that Stonehenge was built, by the Druids, in six stages between 3000 and 1520 BC, during the transition from the Neolithic Period to the Bronze Age

Using radiocarbon dating, the earliest phases of the monument have been dated to about 3100 BC, whilst archaeologists have found four or five Mesolithic postholes which date as early as 8000 BC!

There are many Folk Lores surrounding Stonehenge, including the story of how Stonehenge was brought from Ireland

with the help of the wizard Merlin

and the tale of The Devil and the Heel Stone.

What we do know, is that the origin of the stones positioned on the site are located far away from the actual site itself. Recent geochemical research has confirmed the Sarsen stones (weighing in at around 25-30 tons) originated in the Marlborough Downs, 20 miles (32km) away; whilst the Bluestones (weighing in at 2-5 tons) originated from Preseli Hills in south-west Wales, approximately 140 miles away!

Whatever the reason behind the need for these particular stones to be positioned at the site, we do know the workers

went to extreme lengths to get them there. The quarry workers would have lowered the stones onto wooden sledges and dragged or carried them to the present location

and, most likely, for part of the journey transported the stones via sea 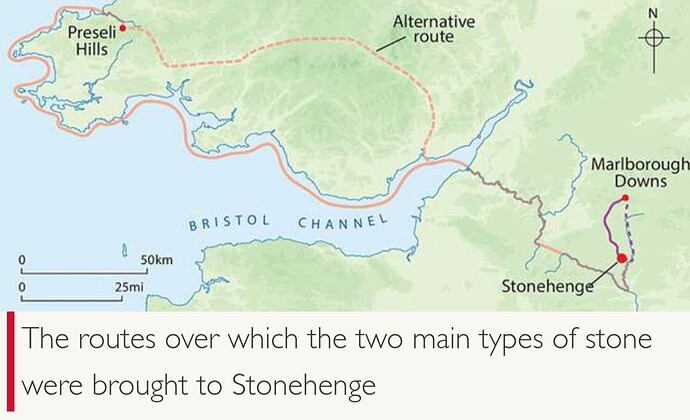 To erect a stone, it is believed that people dug a large hole with a sloping side, the back of the hole was the lined with a row of wooden stakes. The stone was then moved into position and hauled upright using plant fibre ropes and probably a wooden A-frame

A number of theories have been proposed to explain the purpose of Stonehenge. Some scholars view the positioning of the stones as evidence for the early astronomical significance

not just the possibility that the alignments form the basis of an early calendar, but also that the site was used as part of religious ceremonies 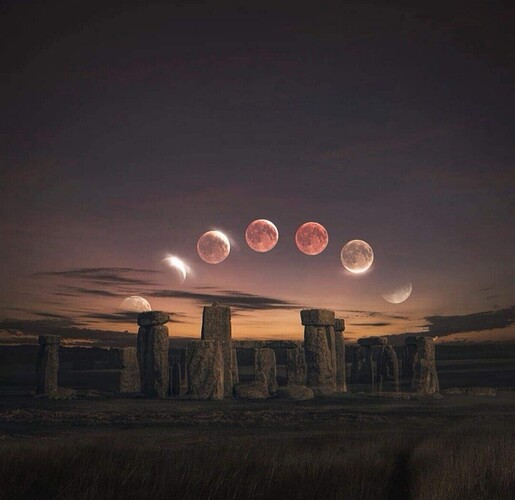 More evidence that backs up the theories that Stonehenge was used for religious purposes, include multiple deposits containing cremated and whole human bones

dating from as early as 3000 BC, when the ditches and banks were thought to be first dug

One of my favourite theories with regards to the religious elements, is that the rising sun on the midwinter

solstice represented a place for the living

while the setting sun on the summer

solstice represented a place for the dead

and the journey between the two sites was part of a ritual passage from life to death. A place to celebrate both the living and the dead. 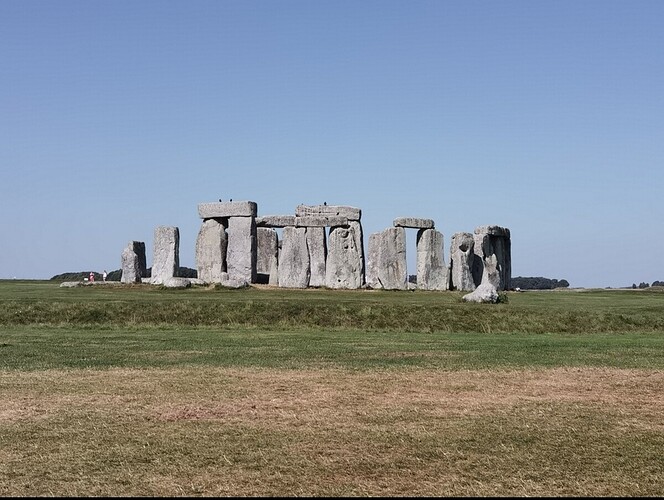 Whilst the true meaning behind Stonehenge will always remain a mystery, it is widely acknowledged that the site holds an enormous amount of Spiritual, Religious and Magickal

heritage, and in 1986 the site and its surroundings were finally added to UNESCO’s list of World Heritage Sites.

is owned an protected by The National Trust and is further protected under the Ancient Monuments and Archaelogical Areas Act meaning - No person may touch, lean against, stand on or climb the stones, or disturb the ground in any way - if you don’t adhere to the regulations outlined in the act you may face criminal prosecution

The site is managed by English Heritage and there is a wealth on information on Stonehenge to be found on their website. If you are interested in learning more about the site I really recommend taking a look.

Love & Light to all

This post is so good Abs! Thanks for sharing all this wonderful information. Stonehenge is one of those places that’s on my bucket list, for sure!

One of my favourite theories with regards to the religious elements, is that the rising sun on the midwinter

solstice represented a place for the living

while the setting sun on the summer

solstice represented a place for the dead

and the journey between the two sites was part of a ritual passage from life to death. A place to celebrate both the living and the dead.

That’s so neat! I did not know that. Thanks for sharing!

@MeganB you’re welcome! I would definitely recommend it. Try and book a visit inside the circle if you can

@Abs53 ~ I continue to learn new things from you! Thanks for imparting your knowledge in such an open-hearted and exciting way! It makes me smile, smile, smile!

Wow, this is awesome

A lot of the human-made wonders have been lost to history- I feel so privileged that such an amazing monument still exists today! And even more lucky that @Abs53 wrote such a beautiful exploration of the site and its history- what a treat this was to read!

Thanks so much for sharing your research, Abs- I really hope I get the chance to get back to the UK and finally see beautiful Stonehenge for myself!

@Abs53 shared the English Heritage website in her amazing

post. There is an online shop on the site that sells this guidebook. 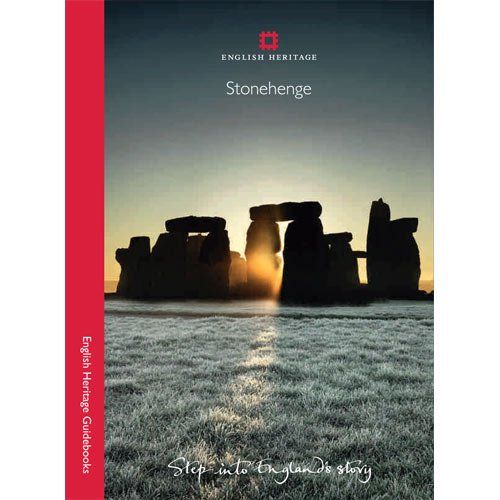 Stonehenge, after reading Abs’ exhaustive entry, I highly suggest you purchase this book.

Wow! I’m amazed by all the info I did t know! Thank you so much for sharing this magical place!!

Such beauty and mystery!

But I’m definitely going to order one!