Hello and welcome to all, I wasn’t sure where to place this @Francisco , so I went with general discussion

I have seen YouTube creators such as Preston from Prestonplayz and his wife Brianna playing a game called MineCraft and posts it in a YouTube channel of his to earn money. I know Preston’s first account is called TBNRFRAGS, in there it has a lot of MineCraft Parkour videos, and he’s still known even til now as one of the elite MineCraft parkour players. In the present I may have seen enough YouTube videos from other MineCraft players too and I am now thinking of which applications similar to it which can be used for free. I intend to make a world in that game and am wondering aside from houses to villagers houses to create in it, farms, animal pens, what are other structures to add in it?

I intend to make the role playing game world to be a self sustaining world with forests, rivers, desserts and mountains, some parkour (easier versions), temples, dungeons, caves, mines, or shrines in it too, then sell that world to whoever’s interested in owning it by legal means. As of now I have yet to name a price for the amount of work creating such a world will take me. Also I have to figure out which application can be used that’s also multiplayer otherwise I’ll see if one of my friends can pull some strings to send me the MineCraft game.

Note: MineCraft is a fantasy action game, it’s owned by Mojang and Notch respectively, I’m not endorsing their game, I am just figuring out what to add in a role playing game world I’d make through their platform, have it uploaded for multiplayer mode online and see where it goes from there. A lot of map creators in the game earned money via the game’s platform legally

You have very exciting dreams for a video game, @anne2!

I work in the video game industry and can attest that Minecraft (as well as similar world-building sites such as Gacha Life and the Sims) offers creative souls a lot of easy-to-use and quick-to-learn resources for world-building and early game development.

However, your abilities for making your own content (as well as your legal ability to monetize your world

) are going to be limited by the platform you choose. If you start realize that your big and creative ideas for a world/game are being held back by a platform, I would recommend learning how to do game design in Unity. There’s a lot to learn, but plenty of courses online and a version of the program (Unity Personal) is available for free. 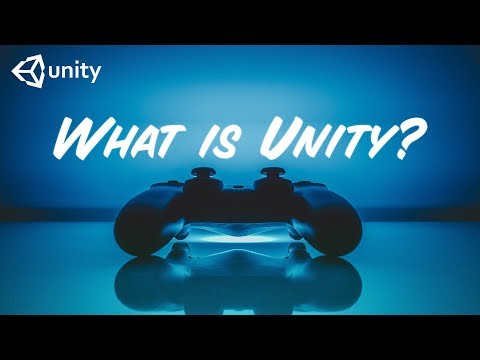 There are many ways to earn more from games aside from selling games themselves! You could make YouTube videos about your game (whether it is playing the game or the process of building it) and earn royalties with YouTube. Another popular platform gamers use to make money is Twitch.

This is a subject I’m very passionate about- so I am cheering you on! Good luck with your gaming, Anne

Thank you @TheTravelWitch , I heard about Unity from the college campus I attend to, their primary course offered there is Information Technology, HRS only came out 2 years before I ended up enrolled there, in one of their webinars last semester that video gaming was a topic among it.

My primary goal for creating a world map in a game is to somehow reconstruct what was lost in history, while also letting the past live on in the present day. It won’t be easy, but I don’t mind it being difficult to achieve.

I’ll check it out if Unity can be used in a Windows 7 laptop and if the software or application can be saved in my USB, there are 2 different laptops in the house, one is for school work, the other is I use for personal reasons only and by now many would likely consider the personal laptop to be ancient, it’s 3rd handed down to me by an older sibling and his wife

I’m not all that good at the building side of the game and can’t help you with game coding production because I don’t know anything about it. I can tell you that Maps and World builds based on popular film, book, or comic stories always sell really well with the fan base. All you would need to do is check what is ok for copyright and what isn’t. I hope this helps

I don’t know why @Liisa , but when it comes to world building in Minecraft or some other games similar to it, I’ve always been attracted to creating a world over playing it in survival mode. Sibling found it odd at age 20, I’d still choose to create rather than go survival mode. I’m wondering how to reconstruct the Great Library of Alexandra in a game map too and temples or shrines which were destroyed too

That would be stunning to see, Anne!

It sounds like you have a powerful vision and are well on your way to gathering the knowledge and tools you need to bring it to life- good for you!

Whether you decide to create your world in Minecraft or in another program like Unity, I’m wishing you all the best. Have fun with it!