I was sitting in the sun, listening to the sounds of summer, this morning &
I remembered other days like this. Days of long ago. Quiet days, when life was…simpler, kinder. We weren’t aware of crime, wars or social injustice and knew nothing of hatred. 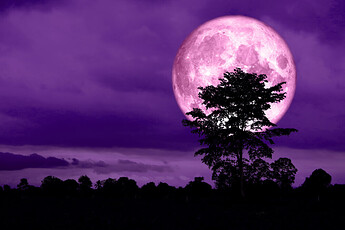 That was because of my Parents.

Mama was raised in a town with about 200 people, farm people, salt of the earth people. They still plowed their fields with a teams of horses and a plow. She grew up poor but with lots of love.
Daddy was raised in rough, dangerous Brooklyn, NY, in the 1920-30’s. When he was a teenager, he was sent upstate to an aunts farm. From there he learned what love was, how to live, and be at peace. He was given the gift of love. That first smile must have been something to see.

We, as their children were very sheltered. Mama knew no other way to raise kids having help raise her 5 brothers and sisters.
Daddy, on the other hand, knew how terrible life could be and vowed that his children would grow up safe.

He made us strong strong and self sufficient, but most of all safe. I was essentially tethered to Mama’s apron unless my brothers were with me. It was a good life.

We lived next to a small dairy farm in the country. It was fun for us [children]. Life was good, running the fields, going into the hills, then into the woods. We were allowed to keep our innocents.
We played games of great adventure, with running and shouting.
Fighting off bad guys with imaginary guns “Pow, bang!” and invisible arrows.

The hills weren’t really safe, Panthers and brown bears were still around then, but Mama always told us, “If you don’t bother them, they won’t bother you.”

There was a tiny stream, which my brothers dammed making what we called a swimming hole. Let’s face it, you couldn’t swim but we could sit in it when it got too hot. The boys made a tree house [2 boards nailed to the tree that they could sit on.] But it was theirs.

For most of my adult life, I’ve remembered the bad stuff as I grew up, but due to my Shadow Work, I have been able to look at my life with new eyes. You know what?

It was good and I am thankful.

Thank you for making me smile @Garnet.

You had a lovely family, @Garnet! It sounds like a lot of fun.

Beautiful Garnet thanks for sharing!

due to my Shadow Work, I have been able to look at my life with new eyes.

Sometimes I say that Shadow Work washes away the bad, but maybe that’s too gentle of a way to put it. Like a really rough loofah, Shadow Work can be a brutal process- it involves hard work as it rubs and scratches us raw. But with the old scrubbed away, it really does leave someone refreshed and renewed

I know your Shadow Work was a tough and trying process, so I’m really happy for you that it helped you find such happiness!

You have some really beautiful memories, @Garnet- I feel honored to be able to experience them through your writing. Thank you!

I love this! raising kids in the world is hard! I am trying to bring my boys up with a gentle spirit and tender hearts, but I am always fighting back against YouTube and television and even the radio! It’s a task!

I also want to raise my boys to stand up for the voiceless and to have integrity and be brave and bold. And that means I have to expose them to hard things.

What a lovely story @Garnet
You are truly blessed with wisdom!

I always thought of my childhood as hard. My parents grew up in a small town in Louisiana. They moved to a suberb of Houston when I was about 3 and then when I was 9 we moved to the little town of Hempstead. It was a culture shock for me. My friends weren’t just a walk or bike ride away. I could not ride my bike on the red dirt road. We went from a big brick house in the city to a trailer in the country with no air conditioning. But, @Garnet 's post brought a smile to my face because I remember the tree house my brother built with the plywood floor. No walls or roof, just the floor and the wood slats to climb up the tree. I remember thinking that the tree would feel the pain from the nails and I didn’t want him to hurt the tree. (I was a witch at 9 and didnt know it). I remember damming up the creek behind our property to make a swimming hole that only had water in winter when it was to cold to swim. My favorite memory was in the sweltering heat of summer, my brother and I laid a sleeping bag (for padding, not warmth) on top of my daddy’s shell camper on his pick up truck and fell asleep under the stars

So, thank you @Garnet for helping me to remember June 1976. It really did put a smile on my face!

I am going to that old creek bed tomorrow. It’s my oldest daughter’s land now. I remember when I was young we would always find petrified wood. I haven’t been down in that creek bed in at least 20 years!