I love cows. Cows are so cute, especially the fluffy Highland Cows! But did you know that cows are also considered sacred in many cultures? Cows have a long, long history of mythology and folklore surrounding them. I am not going to focus on a “mythical creature” for my challenge entry. Instead, I want to focus on a “mundane” creature that has a lot of “mythical” stories and connections. I will not be focusing on modern-day cows and their role in the world. That conversation might ruffle a few feathers and that is not my intention with this post.

Cattle Across the World

In many cultures across the world and throughout history, cattle have played important roles in different practices, religions, and economies. In my entry, I want to cover a few different cultural practices that involve cows. Some stories are more mundane in nature but others, such as the story of a certain red-eared cow, are more mystical.

Did you know that it is illegal to kill a cow in certain states in India? In a 2017 BBC article, the author writes that the western Indian state of Gujarat passed a law to make the slaughter of cows punishable by life in prison. This is because cows are considered sacred by Hindu majority of India. Gujarat is not the only state in India that considers the slaughter of cows to be a crime, though. It all stems from the Hindu principle of Ahimsa, non-violence toward all beings.

If anybody said that I should die if I did not take beef tea or mutton, even on medical advice, I would prefer death. That is the basis of my vegetarianism.

— Mahatma Gandhi, to the London Vegetarian Society on 20 November 1931. [Wikipedia] 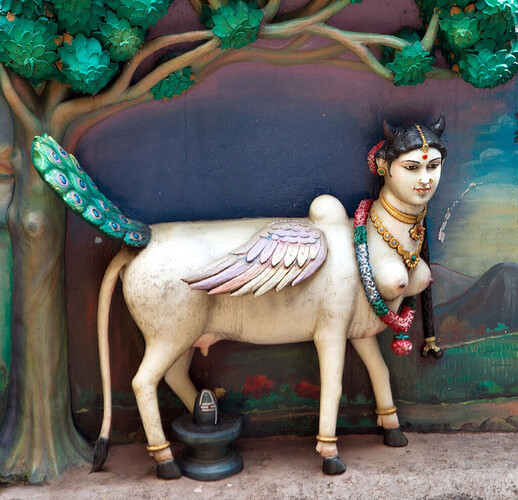 Cows are sacred to three important deities in the Hindu faith: Shiva, Krishna, and Indra. The cows are also associated with most goddesses because of the life-giving attributes associated with milk. We can even see the sacredness associated with cows and the Hindu faith by looking at an art piece of Kamadhenu. She is considered to be the mother of all cows and is pictured with the head of a woman, the body of a cow, and wings of a tropical bird.

There is always more to the story, though, and I do not have a full understanding of the Hindu faith to delve deeper than I already have. There are links at the bottom of this post if you want to read more.

Within Buddhism, we also see the principle mentioned above of Ahimsa. The texts of Buddhism suggest this to be one of five ethical principles that require a practicing Buddhist to refrain from killing living beings. Some sources even say that taking care of a cow is seen as taking care of all living beings. Many people even see cows as a form of reborn humans in the endless cycles of reincarnation. It is believed that saving animals from slaughter might be a way to gain good standing for a better rebirth in the reincarnation cycle.

Like mother (they thought), father, brother or any other kind of kin, cows are our kin most excellent from whom come many remedies. >

Givers of good and strength, of good complexion and the happiness of health, having seen the truth of this cattle they never killed. [Wikipedia]

In ancient Egypt, we see a different type of reverence and behavior toward cattle. Cows were seen as both symbols of strength and male sexuality but also as connections to fertility and motherhood. It seems that in this case, cows are androgynous and connected to all sides of the gendered spectrum. There are several deities that are associated with cows including the god Hathor, Nut, and Neith. There is a creation myth involving a cow as well. In this myth, a cow goddess named Mehet-Weret gave birth to the sun at the beginning of time.

There are three important bulls in Ancient Egyptian history and practice. These are the Mnevis bull, the Buchis bull, and the Apis bull. Rather than talk about all three, I will write about the Mnevis bull first and include links at the bottom for the other two if you are interested in reading more. 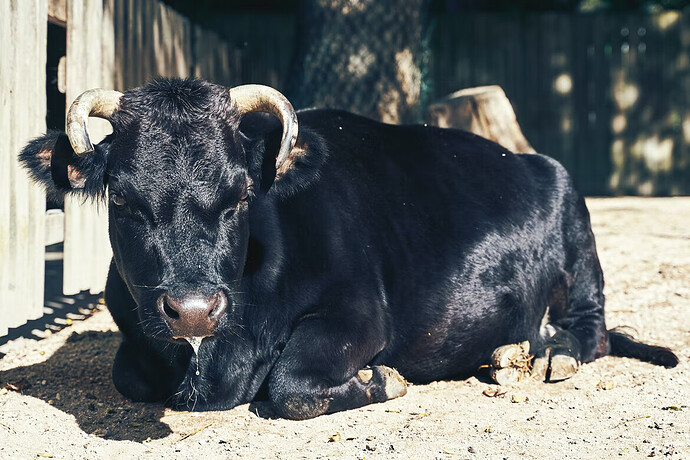 The Mnevis bull (which is actually a Greek name for the bull) was also known as Mer-wer or Nem-wer. This bull was actually an ancient Egyptian bull god that was worshipped at Heliopolis. The bull was seen as the physical representation of the bull god himself. He is thought to have been a separate god but was eventually syncretized with the god Atum-Ra. According to some sources, the Mnevis bull was entitled to two concubines (other cows, of course), that represented Hathor and Iusaaset. When the Mnevis bull died, he was buried with all the honors of the god himself. After his death, another Mnevis bull was found, usually a completely black bull. There could only ever be one Mnevis bull at a time.

What I know of the Donn Cuailnge (pronounced Dawn KOO-nyuh) comes directly from The Táin bo Cuailnge, The Cattle Raid of Cooley. It is important to note that in Ireland, cattle were seen as a symbol of power and status. There are many, many stories of cattle raids in Ireland’s mythological cycles, folklore, and dinnshenchas. The Donn Cuailnge is at the center of The Táin in which Medb and her husband Ailill argue about who is more wealthy. Ailill tells Medb that she’s lucky she married him because “She is a well-off woman that is a rich man’s wife”. This irritates Medb, rightfully so, because Medb is a goddess in her own right and her wealth is her power.

“Yet so it is,” pursued Medb, “my fortune is greater than thine.”
“I marvel at that,” Ailill made answer, “for there is none that hath greater treasures and riches and wealth than I: yea, to my knowledge there is not.” [The Táin]

Anyway, the two are bickering back and forth at the beginning of The Táin when Ailill implies that Medb is not as wealthy as he is. When their possessions were counted and compared, one bull that Medb had in her possession decided that it was a disgrace to be in the possession of a woman and decided to switch owners, as it were. When this happened, Medb became less wealthy than her husband. So, Medb decides to borrow a cow, The Donn, from Ulster. I could write on and on about The Táin, the plight of Medb, and the fight for Donn Cuailgne. However, the moral of the story in this case is that cattle are prized possessions and often considered a sign of wealth in ancient Ireland. You can read the full text of The Táin online if you’d like. There’s a link at the bottom for you!

This post is already getting very long so I will end with this last mythical cow. This cow is said to be a fairy cow, so I think it counts especially toward being a mythical creature. In Celtic mythology, it is said that red-eared animals with white fur or hair are a connection between this world and the Otherworld. This is no different when it comes to Brigid both as a Goddess and a Saint. If we look at the Bethu Brigde, a chronological story of the life of Saint Brigid, we can see that she was suckled on the milk of a red-eared cow. 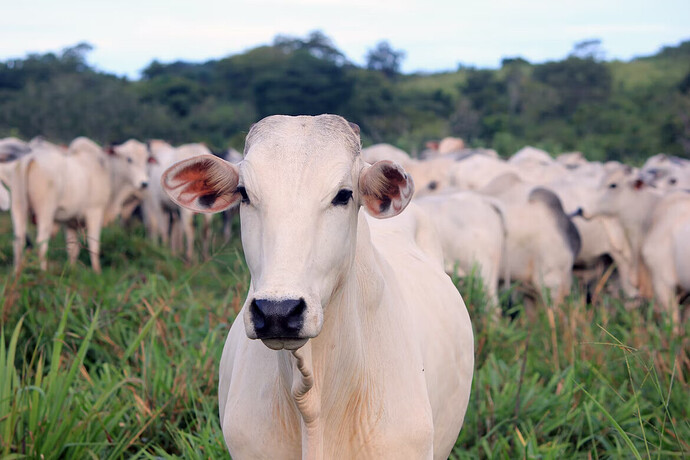 When it was time to wean her the druid was anxious about her; anything he gave her [to eat] she vomited at once, but her appearance was none the worse. “I know”, said the druid, “what ails the girl, [it is] because I am impure.” Then a white red-eared cow was assigned to sustain her and she became well as a result.

Cows show up throughout the Bethu Brigde, and even though it details the story of Saint Brigid, there are definite connections between Brigid as Goddess and Saint. The two were syncretized and, in my opinion, cannot and should not be separated. Anyway, on the Feast Day of St. Brigid, many people leave out offerings of milk for her and corn for her sacred cow.

You know, the funny thing about my love for cows is that I never gave them much attention until I started working with Brigid. It was then that I started taking notice of different breeds, different colorings, and different stories of sacred cows. I definitely believe that Brigid had a part to play in this, especially considering that the cow is sacred to her. It is interesting, too, that I am a vegan yet still buy milk and butter for her offerings. I have been conflicted about this for a while and have more thoughts to form but that is a post for another day. 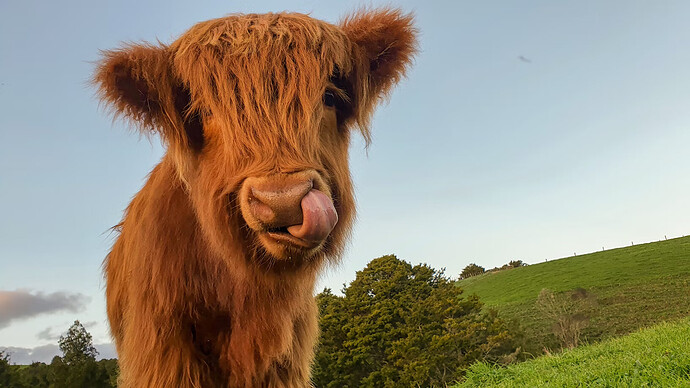 I hope you learned something new about a seemingly mundane creature in our vast knowledge of mythology. Maybe next time you see a cow, give a nod to the sacredness of the creature, say hello, and smile knowing that no matter what culture you are from, cows probably play a role in them.

Sources and Other Links

Thank you! I learned a lot from your post. I was afraid of cows as a child but always thought they have the most beautiful eyes!

I’m glad you learned something new from my post!

Instead, I want to focus on a “mundane” creature that has a lot of “mythical” stories and connections.

When I first read the title, I thought this was going to explore mythical bovines (and there’s actually a list for that on Wikipedia: Mythological Bovines

but this is a great twist- what a fun way to take on the challenge!

The first time I came close to a full-grown cow was when I was helping at a dairy farm in Italy and I remember being genuinely surprised at just how big they are. Pictures in books don’t do them justice- cows are huge!

But despite their size, they really are gentle and sweet creatures

It’s really neat to take a step back and see the important of cows in traditions around the world. I guess they are like dragons in that sense- everywhere has their own unique view and role for cows within their culture. Very interesting to see!

Thanks so much for this great read, Megan!

They are so, so big but yes, so gentle! One of my favorite YouTube creators is Jonna Jinton and she actually has a video that I could play on repeat that involves cows lol let me grab it! 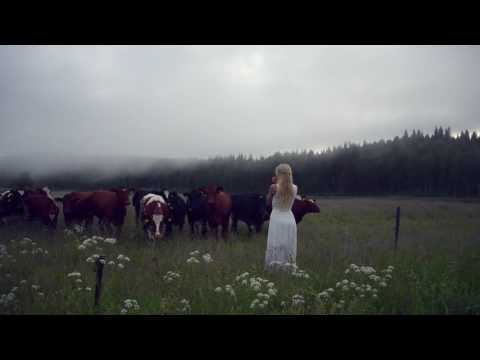 She has a few others ones but this is just so

come to her. That would be easy to listen to on repeat! Thanks so much for sharing.

It’s hard to put into words, but her voice and that echo when she calls makes this absolutely otherworldly. It’s almost chilling, but in a good way? I’m struggling for words today

I can see why you’d want to play it on repeat, Megan- makes me want to run away to Sweeden and become a cowherder

Thanks for the laugh, @TheTravelWitch_Bry!

@MeganB, great challenge entry! I’m a fan of cows and bulls myself. As a Taurus, it just makes sense.