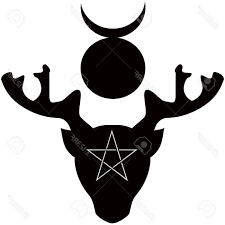 Despite popular belief, Wicca is not an ancient religion. We can only speculate that its practices are inspired by the ancient practices of other peoples, but Wicca itself is entirely modern. It was brought to the public eye in the 1950s by a man named Gerald Gardner. I want to clarify that just because something is New Age and modern doesn’t mean it is any less valuable or valid. Every faith starts somewhere, and Gardner just happened to be the one to bring Wicca to the world.

Who was Gerald Gardner? 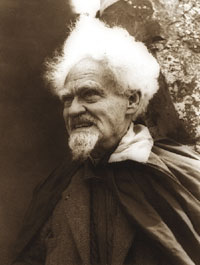 Gerald Brosseau Gardner (1884 – 1964) was a British civil servant who fancied himself an amateur anthropologist and archeologist. He was also the creator of what we now call Wicca. Shortly before World War I, Gardner relocated to Malaya and worked as a civil servant. While he was there, he developed an interest in the native occult practices of the indigenous peoples. He studied these practices and rituals while he was there and when returning to England in the 1930s, he became involved with the British occult community. In his book Witchcraft Today (1954) , Gardner claimed to have been initiated into the New Forest coven. He took the beliefs and practices of that coven, which he believed to be a hold-over from pre-Christian times, and combined them with ceremonial magick, kabbalah, the writings of Aleister Crowley, and many other sources. Gardner initiated several High Priestesses into his tradition, and they, in turn, did the same to others. This allowed for the spread of Wicca throughout the UK. Gardner went public with his coven after the repeal of England’s Witchcraft Laws in the 1950s shortly before World War II. He later died of a heart attack at sea in 1964.

Who was Raymond Buckland? 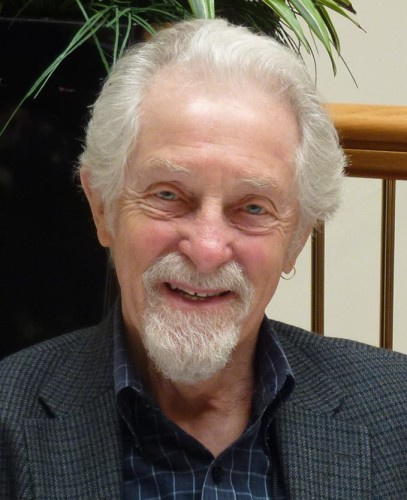 Image from The Wild Hunt

In 1963, Raymond Buckland was initiated by Gardner. He then went back to his home in the United States and formed his own coven, bringing Wicca to the US. He went on to become a leading source for metaphysical and occult topics for most of his life. He has written over 60 books, his most popular one being the Complete Book of Witchcraft . He was the first person in the United States to openly admit to being Wiccan and he introduced the Gardnerian Tradition to the US. He later went on to form his own tradition, Seax-Wica , which focuses on the symbolism of Anglo-Saxon paganism.

So, how old is it anyway?

We can only speculate to the actual age of Wicca, but what we do know (almost for certain) is that it is an entirely new concept brought to life by Gerald Gardner. We see in his work, his studies, and his interests, that Wicca is inspired by other indigenous cultures and religions - including that of ancient Europe. It is also heavily influenced by Ceremonial Magick, Kabbalah, and The Order of the Golden Dawn.

We can even see influences from Aleister Crowley within the Wiccan Rede.

An it harm none, do what ye will.

Aleister Crowley’s practice, Thelema, has its own rule that predates Wicca. The Rule of Thelema is as follows:

Do what thou wilt shall be the whole of the Law.

There are even older sources that have influenced Wicca and the creation of the Rede and rules that Wiccans follow. The first documented version of The Charge of the Goddess came from Charles Godfrey Leland in his book Aradia: Or the Gospel of Witches (1899) .

When I shall have departed from this world,
Whenever ye have need of anything,
Once in the month, and when the moon is full,
Ye shall assemble in some desert place,
Or in a forest all together join
To adore the potent spirit of your queen,
My mother, great Diana . She who fain
Would learn all sorcery yet has not won
Its deepest secrets, them my mother will
Teach her, in truth all things as yet unknown.
And ye shall all be freed from slavery,
And so ye shall be free in everything; p. 6
And as the sign that ye are truly free,
Ye shall be naked in your rites, both men
And women also: this shall last until
The last of your oppressors shall be dead;
And ye shall make the game of Benevento,
Extinguishing the lights, and after that
Shall hold your supper thus:

Then you have the version that makes an appearance in Gardner’s own Book of Shadows.

The Charge: “Lift Up the Veil” (1949)
Magus: “Listen to the words of the Great mother, who of old was also called among men Artemis, Astarte, Dione, Melusine, Aphrodite, Cerridwen, Diana, Arianrhod, Bride, and by many other names.”
High Priestess: “At mine Altars the youth of Lacedaemon in Sparta made due sacrifice. Whenever ye have need of anything, once in the month, and better it be when the moon is full, ye shall assemble in some secret place and adore the spirit of Me who am Queen of all Witcheries and magics. There ye shall assemble, ye who are fain to learn all sorcery, yet have not won its deepest secrets. To these will I teach things that are yet unknown. And ye shall be free from slavery, and as a sign that ye be really free, ye shall be naked in your rites, both men and women, and ye shall dance, sing, feast, make music, and love, all in my praise. There is a Secret Door that I have made to establish the way to taste even on earth the elixir of immortality. Say, ‘Let ecstasy be mine, and joy on earth even to me, To Me,’ For I am a gracious Goddess. I give unimaginable joys on earth, certainty, not faith, while in life! And upon death, peace unutterable, rest, and ecstasy, nor do I demand aught in sacrifice.”
Magus: “Hear ye the words of the Star Goddess.”
High Priestess: "I love you: I yearn for you: pale or purple, veiled or voluptuous. I who am all pleasure, and purple and drunkenness of the innermost senses, desire you. Put on the wings, arouse the coiled splendor within you. Come unto me, for I am the flame that burns in the heart of every man, and the core of every Star. Let it be your inmost divine self who art lost in the constant rapture of infinite joy. Let the rituals be rightly performed with joy and beauty. Remember that all acts of love and pleasure are my rituals. So let there be beauty and strength, leaping laughter, force and fire by within you. And if thou sayest, ‘I have journeyed unto thee, and it availed me not,’ rather shalt thou say, ‘I called upon thee, and I waited patiently, and Lo, thou wast with me from the beginning,’ for they that ever desired me shall ever attain me, even to the end of all desire.

This much of the rites must ever be performed to prepare for any initiation, whether of one degree or of all three.

Despite the influences that made Wicca in the 1950s, it has grown to be a staple in New Age religions. Now, the faith “Wicca” contains many different traditions, belief systems, and practitioners and has grown faster than anyone thought possible.

How did you come to Wicca? Did you find it? Or did it find you?

Wonderful summary of the history of Wicca, Megan!

I had an interest in Wicca for a long time, but only really connected and started studying it when I moved to the US. Coming from the Southern hemisphere, I needed to re-learn the wheel of the year, and celebrating the Sabbats helped a lot. I feel they make so much more sense when you can actually see and feel the effect and changes in Nature all around you.

To me, Wicca is about having freedom in my spiritual path (no hierarchy), along with a sense of personal responsibility. I like how it doesn’t necessarily have to be taken as religion but simply as a philosophy or attitude towards life. In that sense, I see it like a Western sort of Buddhism: loving-kindness and equanimity.

To me, Wicca is about having freedom in my spiritual path (no hierarchy), along with a sense of personal responsibility. I like how it doesn’t necessarily have to be taken as religion but simply as a philosophy or attitude towards life. In that sense, I see it like a Western sort of Buddhism: loving-kindness and equanimity.

I’ll have to agree with you on everything except the above, Francisco. Wicca is inherently a religious practice and, when practiced traditionally, it does have a hierarchy in most cases. These are the degrees of initiation that you see in Gardnerian Wiccan, Alexandrian Wicca, and even Dianic Wicca.

What I believe you’re speaking about is what is considered neo-Wicca. That’s going to be Wicca in practice without being initiated so, technically, access to all information is not even possible. Within traditional Wicca the way Gardner had it, no one on the outside had access to inner circle information, so even today, no one practicing Wicca without a coven and being initiated is going to have all inner circle information.

That doesn’t make the practice any less valid, but I feel that it is important to understand the history and semantics of the phrases and words that are used. Wicca without religion is simply a form of theism.

Thanks for your input! Yes, it’s not religion in that sense since I was really referring to Solitary practice. The flexibility of not having to follow a structured system of belief but rather developing things on your own and seeing where it takes you.

What would be your take on Neo-Wicca?

Neo-Wicca is simply Wicca without the rest of the information within a tradition. Since I’ve never been initiated, I can’t accurately say what those who practice neo-Wicca are missing out on because I’ve never been privy to inner court information. However, I do think that those who practice Neo-Wicca need to understand that while they can get information directly from their deities, it isn’t going to be classified as Traditional Wicca among other people because a formal initiation hasn’t happened - and there’s nothing wrong with that.

It sounds like what you’re describing above is a form of spirituality and not Wicca because Wicca, even when practiced alone, still has a set of beliefs, structure, and rules that are followed - albeit they are more flexible when practicing solitary than when in a coven.

At the end of the day, if the label really matters to you, then I think it’s important to choose the right one with the right definition in the right context. If the label doesn’t matter, then don’t pick one at all.

@MeganB, the information you shared is so valuable to the whole coven. I thought I would bumped it to the top by responding to your questions. Although the Weekly Witchy CHALLENGE - Your Magickal Roots is over and the thread is locked, it’s always a bonding and educational experience learning from others about their own journeys into Wicca. Rather than repeat everything I’ve said elsewhere, here are some links if anyone is interested.

How Research Led Me To Eclectic Wicca

A Condensed Story of Praise to the Goddess

My Long Journey Into Wicca

Again, even though this thread is over a year old, it’s incredibly important to all of us to understand where Wicca originated. Spells8 has wonderful resources on this but your summary was beautiful written and it deserves to be seen by all of the new members who have joined since then. Thank you for your dedication to this coven.

Great find! I have been reading about Margaret Murray, she had a very interesting life and (whether for good or bad) was an enormous influence in Wicca.