A question about Deities

So when I started my journey two years ago, I was secular. I didn’t worship any Gods or Goddesses. However, in the past year I’ve been more intrigued by Irish deities, their stories and their meanings.

I am scared to post this cause whenever I ask, people think I’m going to connect with one without research, and I keep getting told that “that for more advanced witches”. I’m just curious as to how this all works for now. Although, I have been seeing a lot of crows about, more so than ever, especially outside my windows, and even in my tarot readings. I dont know if its actually The Morrigan, or if its just pure coincidence. If it actually is her, what should I do next?

I am so sorry if this is a silly question to ask. I just figured that I should ask here, and ye all seem like a lovely bunch of people. Thanks for reading

As is the case with all my comments, this applies only to me, and how things work for me. No universal blueprint is in implied or should be inferred. Your MIleage May Vary

I did a deep meditation asking the question if Deity X was trying to call me. I also used a pendulum (and maybe Tarot?) and received an affirmative result each time.

My suggestion to is (sorry) do some research about how you know any deity is contacting you. A simple search on google or youtube should return plenty of hits. Also look into results with the specific deity you have question about. You might also want to think about what ways you connect to things the most. For me, it seems to be deep meditation. For you it might be something else, but give thought to what methid you might use to connect with Her/Him.

Also, I’m sort of an advanced Noob in all this (and that’s me “giving myself more credit.”) Talk to the others here and find out what their experiences were. I’m pretty certain that no one will wag their finger and say “wait til you’re more advanced, kid.” If they do, feel free to Ignore the Hell Out of Them.

As for how they communicate…I don’t think that there is one path there, either. It can be in dreams, sometimes is. It can be through other things, too. Occasionally, I’ll get an odd thought, sort of a different flavor from what is normal for me. Lately, Hekate has addressed these odd-flavored thoughts to “Ron-domeher.” When I asked why she calls me that, I had a dream about a woman telling me (over and over in true dream fashion), “you’re not fully either one, a little of both, somewhere between the two.” So the form and method is up to them, and they choose according to their own rules and convenience.

That’s enough out of me. Listen to others and make up your mind.

Hi @Luiseach ! There’s no reason you shouldn’t reach out and work with any deity that you feel drawn to, whenever you want. I mean, that’s how you build a relationship and advance your practice.
For myself I can only say that any communication or connection that I have had was a feeling of awareness of something that wasn’t me. It’s hard for me to explain but it’s not a voice in the room or anything but rather from within, but it’s not me. This probably isn’t helpful lol, sorry!
I have found the following exercise to be worthwhile as well after trying it a few times as part of an invocation: 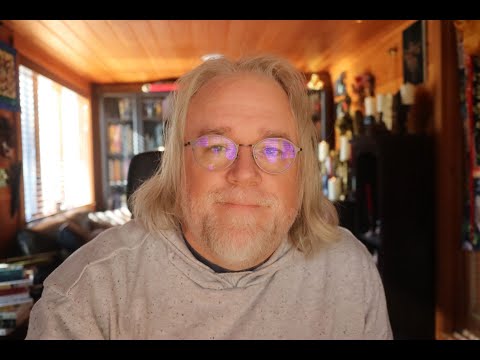 I keep getting told that “that for more advanced witches”

Maybe this is just me, but I don’t think there is a skill cap or level lock when it comes to witchcraft! While there are certainly some aspects of the Craft that are generally labeled as “advanced” (things like lucid dreaming and astral travel come to mind), it is definitely true that some people have a natural gift for these things- some do them naturally, even before they identify as magick-users! I don’t think anyone should discourage someone from pursuing an aspect of magick due to how long they’ve been practicing.

(Not to mention that deity worship is extremely common- considering both ancient history and modern-day religions, I’d say the majority of the general population worships/worshipped one or many gods. I consider deity worship to be a very beginner-friendly practice!)

I say do whatever calls to you, pursue whatever interests you- this is your practice and you get to lay the rules

If it actually is her, what should I do next?

While there is a lot to be said about following your natural intuition, I am a scholar at heart and I always recommend research (sorry from me too haha) to back up what you’ve discovered intuitively or through experience.

If you think that the Morrigan has possibly been trying to connect with you, that’s wonderful and worth pursuing more! The Morrigan is a fascinating deity and you’re in luck- She has been a hot topic around here recently!

→ The Morrigan: Celtic Goddess
→ Has anyone else learned about the Morrigan?
→ A prayer or chant to Morrigan

In case it turns out that Morrigan is not the deity for you, then Hekate (another popular Goddess) is also associated with crows/ravens- perhaps look into Her as well? Just a suggestion- wishing you all the best with your search to connect with a deity!

I honor the Morrigan & have learned a lot about her & the Celtic path in general over the last year or so. The Morrigan more recently has been someone I have delved into, for any books that would educate you about her I would recommend Pagan Portals authors Morgan Daimler, Courtney Weber, & a Priestess of the Morrigan Stephanie Woodfield.

Please keep us updated as you further your studies!

(Also, as long as you are actively learning @Luiseach & you practice different aspects… I wouldn’t worry too much about labeling witchcraft with levels either.)

Hey Luiseach! You’ve gotten some great answers here and I just wanted to add my voice into the mix, too. I work with the Irish deity Brighid and know how confusing the lore can be around Irish deities. There’s a lot of cultural history and problems that have to be sorted through when learning about Irish culture and historical practices. I sympathize

I still dont even know how to connect to a deity if they’re calling you.

The thoughts on deities calling to you are vast. Some believe that deities don’t call us while others believe They do. I am of the opinion that it doesn’t matter if you called or They did. What matters is that you learn about Them, research Their history and the cultural context within which They are worshipped, and do your best.

One of the easiest ways to connect with a deity, in my opinion, is to set aside some time in your day dedicated to doing something for Them. This could be learning about Them, making offerings and introducing yourself, or just talking to Them.

The easiest way to answer this is actually with a video I saw on TikTok by a popular creator that goes by Chaotic Witch Aunt. They visualize, very well in my opinion, the differences in deity communication. They show what people may think it’s like versus what it’s actually like. They work with several different deities and some saints, I believe, so that should give you some good context. I’ll link it here for you → https://www.tiktok.com/@chaoticwitchaunt/video/7040180387812953350?lang=en&is_copy_url=1&is_from_webapp=v1

As for me personally, I don’t audibly hear deity communication. It’s usually just an extra feeling or some thoughts that most definitely aren’t mine. It helps to practice psychic skills and being more open to intuitive messages. People also communicate with their deities through divination! These are skills that can be learned.

And how do you communicate with them back?

Just talk to them

I am scared to post this cause whenever I ask, people think I’m going to connect with one without research, and I keep getting told that “that for more advanced witches”.

I think those that tell you deity worship is “more advanced” don’t really understand the historical sense that deities were worshipped. In an Irish context, most deities were honored out of fear or respect. Obviously this depends, and I don’t have a historical source to point to for this right now. I’ll have to find it, but because many of the deities are literal embodiments of the land, sea, and sky, they were respected and feared.

Now, I view working with deities and worshiping deities as the same, though some don’t view it that way. What can be more tricky is if you get into an oathbound relationship with a deity without previous knowledge of said deity. However, that’s something you do on purpose, not by accident. All spirits, though sometimes more powerful and “higher” than us humans, are still bound by your boundaries and consent. You get to choose who and what you’re willing to accept. Any spirit that doesn’t respect your boundaries should be removed.

I dont know if its actually The Morrigan, or if its just pure coincidence. If it actually is her, what should I do next?

One way to tell if it’s coincidence is by looking into the migration patterns of the birds. See if there’s a mundane reason for them being in your area. If it is Her, introduce yourself, do some divination, and see if She wants anything from you or if She’s just hanging around

@Siofra gave some great books to learn about The Morrigan but you can also check out Lora O’Brien’s website. They are a Priestess of The Morrigan and have a lot of good resources.

Lora O'Brien is an Irish Author, Educator, & Guide to Ireland. Here you will find her Blog, and more information about her Books, and the Irish Pagan School

@Luiseach I relate to deities in ways they feel right for me but I do listen to the practices of others and am influenced by them; but not ruled by any std of readiness. If you asked me, I would say a witch is ready for something when she feels ready to try it.

The way I feel drawn to a deity is by learning about their characteristics, values and stories and resonating with that in some way. Particularly, their stories. I may feel a connection (as I might with characters in books or movies) and I experiment with spells, offerings and invocations. Because of my pre-witch familiarity with astrology, I gravitate to the “planetary” deities, as well as Hecate and Athena. I don’t typically look for messages from deities as I do spirit guides/angels/ancestors. I assume my offerings have been accepted. I generally interpret synchronicities of events and flashes of insight or inspiration as signs or messages.

Mary25, You are not only darlin’ but wise.
thanks for the wonderful answer to @Luiseach.
Garnet