I have a question about salt

In one of my books “Enhancing your body mind and spirit”. I was looking up making your own Runes set. How to choose your wood, what it means, etc.
It also said, to thank the tree with a small gift, like salt.
I don’t mean to be a buzz killer but, doesn’t’ salt kill plants?
Just asking.
Garnet the curious

That is an excellent question, @Garnet

While reading your post, I went back and forth- dumping salt on plants (like when they de-ice the roads with salt) can certainly do some damage. But at the same time, there are plants that thrive along the walkways down to the beach, where the soil is sometimes more sand than it is dirt, as well as out in the desert where the landscape is, well, pretty sandy!

I think the answer here is that it depends.

At the end of the day, salt is a naturally occurring mineral- unlike harsh chemicals or pesticides, it already exists in the ground. Whether it is harmful or not will depend on how much salt you are adding as well as the salt-tolerance of the plants living there.

Some plants are more tolerant to salt than others- here is a list of salt-tolerant plants for a mostly soil garden and a list of plants who can survive in a permanently salty environment.

So to answer your question, although it will depend on the type and size of the tree, I don’t think a small sprinkle of salt given as thanks would do damage- especially if the soil there already has traces of salt in it

Thanks for the answer.

The custom of purifying or consecrating a destroyed city with salt and cursing anyone who dared to rebuild it was widespread in the ancient Near East, but historical accounts are unclear as to what the sowing of salt meant in that process.[2] In the case of Shechem, various commentaries explain it as:

…a covenantal curse, a means of ensuring desolation, a ritual to avert the vengeance of the shades (ghosts) of the slaughtered, a purification of the site preparatory to rebuilding, or a preparation for final destruction under the herem ritual.[[2]]
(Salting the earth - Wikipedia)
I guess I was thinking about the saying “I will kill your men, enslave your women and children. I will raise your city and salt the land so none shall prosper here again.”
Well geez, guess, Grr, Arg, sword clash , sword, clash , knife knife…Grr, Arg didn’t happen.
Sorry I guess I loosed my barbarian side.
Love ya
Garnet

Sometimes you just have to let out the inner barbarian

and salt the land so none shall prosper here again.

This fierce quote sure makes salt sound like the bad guy!

I guess when it comes to salt, it can be good (protective, cleansing) or bad (destructive, barren) depending on the intent of how its used.

Or, perhaps, it just goes along with the other old saying: “Too much of even a good thing can kill you!”

In many ways you are correct. Salt will kill many plants and such but a pinch of sale would not harm most plants. This being said. there are a number of authors that have spread misinformation over the years and this happens to sound like one I remember being quoted as such. TO thank a plant you want to give it nourishing foods and waters nothing that could be harmful.

The basic rule of thumb when it comes to this type of information. If your heart says no then that is what you want to follow.

If you truly wish to give a gift or offering to plants and trees. you can do any of the following

This is in no way a definitive list. This is only what I’ve been taught over the years both as a native and as a witch.

Thanks for the update @LadyDennaRahl . I’m too squeamish to kill an animal, even to sacrifice to a noble tree.
Not into blood sacrifice, ya know?.
When I first turned Pagan, My sister-in-law was coaching me & I asked if I had to kill anything, she just laughed, called me a woos.
After all these years, I have to give her my gratitude and agreement.
I’m a woos.
Sending love and positive energy.
Garnet

I should note blood does not strictly mean sacrificing anything. There are many ways to get blood without sacrifice. This goes for carcasses as well for example where I live I can gather roadkill or creatures who have passed on freely. 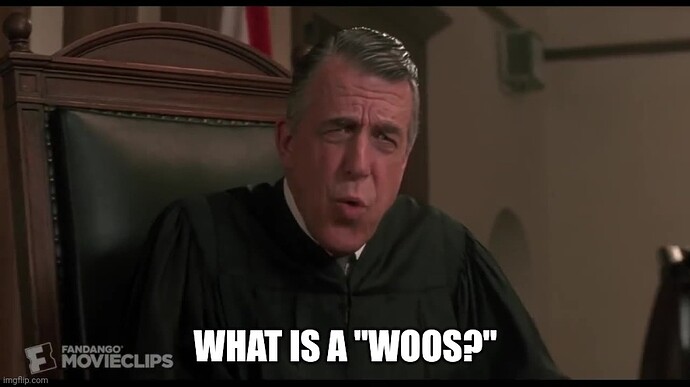 image from My Cousin Vinny from vlipsy.com via google search.