Kind of upset with these results

So I was told to say a prayer to Ochosi , it was burning clear at first and then turnt black towards the end , should I be worried 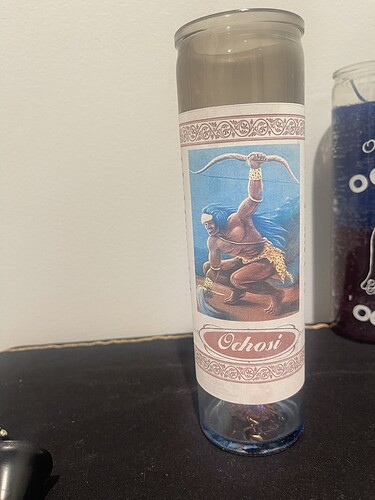 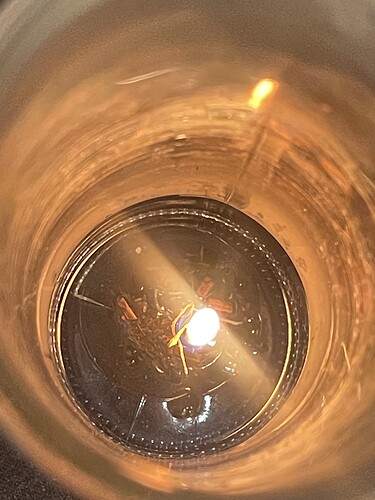 I would say that’s just the smoke mucking up your candleglass. Although I don’t burn that type of candle so I’m not sure. I wouldn’t be too worried though.

Is that herb debris at the bottom of the candle? That could very well cause it to smoke and turn the glass black. However, I am of the opinion that even if it is mundane in nature, you’re going to be the only one that can tell if this means anything because you are close to the candle and its energy. If you said a prayer to Ochosi and this happened to the candle, try doing some divination or speaking with Ochosi to see if they have any insight or anything to say.

First of all, you have nothing to be worried about. Pullout/container candles like this will leave some residue on the glass as it gets to burning near the end in the glass shell. In my experience and how I was taught, is you only need to worry when it is super thick almost like the flame was burning next to the glass and in a nonconstant pattern, almost like the smoke was traveling up the glass. Think thick amounts of soot.

From the photo you posted, what you are seeing is not an abnormal amount of soot, The fact that the ring of soot is a light shade of gray not black, and from what I can tell constant consistency with no major variations. The flame in the candle burned well and steadily till the end with no outside forces affecting it. Also, there looks to be some herbs in the wax as well this will affect the amount of soot you will experience near the end of a spell. That being said the fact that the soot on your jar is more grey than black this tells me that the energies prevailed against negative energies that could have blocked it. At the same time, the fact that there also looks to be next to no wax at the bottom of your container also shows a sign to me that the spell was a success.

While not perfect this page has much of the same information That I have been taught over the years. It can assist in shedding light in many ways as you begin to grow in your work. 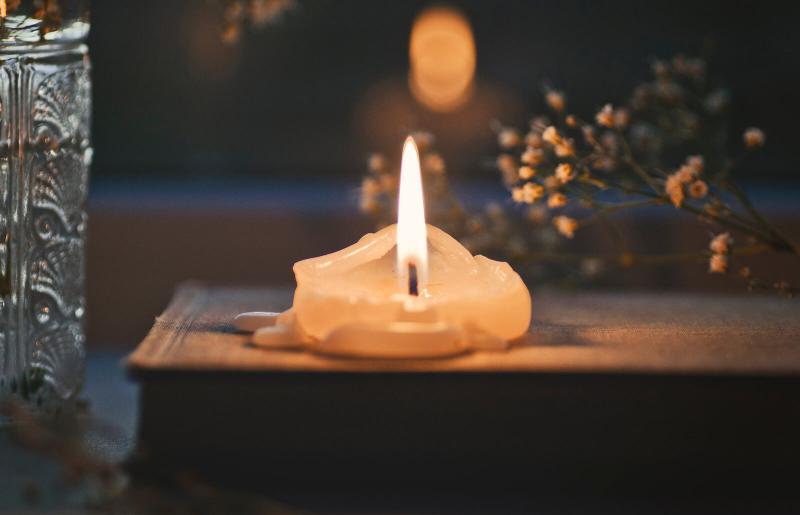 A candle reading gives you information to help you understand how effective your spell is. There are messages in the way the flame reacts, wax melts, type ...

Another great page with basic understandings of the signs from candles

I hope this helps you some what as.

See herbs, take it got burnt down, with the candle being contained in the glass, no where to fall off but in it, hence the residue, it’s burn so it will turn black. Also, in my experience with these candles contained in glass, the long burning ones, when I put the flame out and relight it, releases a heavier smoke that gets trapped, keeps doing this, gets more and more smoked up. Also, when I put something over the top of it to stop the air flow, so to shut down the flame, yes it puts the candle out, but that smoke goes very much into the liquid wax, and it gets how you described.

Imo, don’t think it’s anything to worry about. It’s just what it does. But it’s nice to feel good after a spell, that’s important, and if continues to bother you. May try a different technique. Use a pillar candle contained in something much wider, allowing more space for the air and burnt herbs to move about. If you want to work with a particular entity or such, get a nice picture or statue and put it far enough away/behind it (for fire safety reasons).

Thank you so much for your help