Sure. Same thing as if there are clouds.

Hi! Yes, you can make moon water even if you do not directly see the Moon. Even through cloudy nights, the rays of the Moon penetrate. I have known some people who use a Moon lamp or other representation of the Moon, but I cannot vouch for how well this works.

I agree with @Amethyst and @Undomeher- you can absolutely make moon water even if you can’t see the moon!

But that being said, that piece of advice is usually for when people are having a tough time seeing the moon due to situational or environmental blockages- I think it’s a bit different when it is a New Moon. During the New Moon phase, the moon appears to vanish in the sky- it’s not shining any light whether you have a clear view of it or not 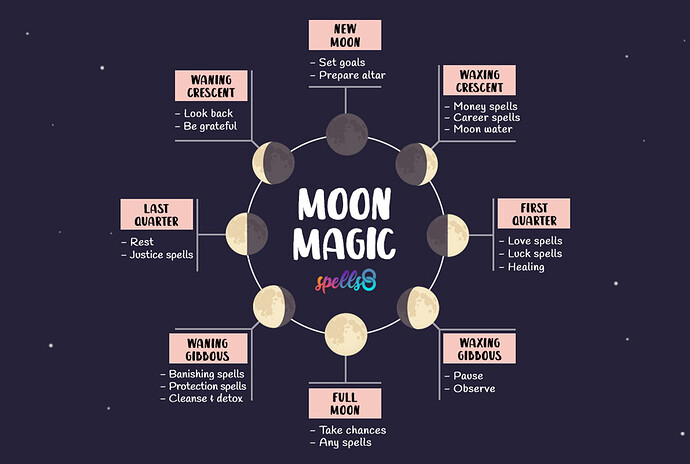 While the Full Moon is universally regarded as the most powerful phase of the moon and the best phase to charge for nearly all types of spellwork, the New Moon is its opposite- it is often used as a time of rest and reflection. Some witches even advise against casting during the time of the Dark Moon

The energies of this Moon phase aren’t really going to increase your powers of Manifestation. Instead of casting a spell in the New Moon use this time to establish a general intention for the lunar cycle that begins today .

Now, I’m not saying that you can’t make moon water under a New Moon- I’m all about making your Craft your own and doing what calls to you!

I just wonder how potent the moon water would be when charged under a moon that isn’t shining any (or at least, very little) light in the sky. Also, what qualities would it carry? Rest and reflective energy? Perhaps

It’s curious to think about!

If anyone has charged moon water under the New Moon before, I would be really interested in learning how it worked for you and how you involved it in spellwork later!

The decision to charge or not under this moon is all yours, @Babywitchbxtch- wishing you good luck and blessed spellwork!

If anyone has charged moon water under the New Moon before, I would be really interested in learning how it worked for you and how you involved it in spellwork later!

I’m actually doing an experiment on this lol

I’m actually doing an experiment on this lol

Ohhh that is perfect!

Good luck and please let us know how it goes! Blessed crafting