My Appreciation For Bob Ross

Today (July 4) is Independence Day in America. It is also the 27th anniversary of the death of Bob Ross. I think, by now, most people have heard of him—the soft-spoken painter with a blue shirt, jeans, and permed hair who ran a TV show called The Joy of Painting from 1983 - 1994. After school, I enjoyed watching him paint “happy little trees” and remind the viewers that “there are no mistakes, just happy accidents.”

In late spring, early summer of 2019, about a year before I started practicing, I suffered from a terrible bout of insomnia, the first ever in my life. Usually, I’ll have one or two nights a year where I can’t sleep (so far I have had 0 in 2022 and let’s keep it that way

). But this… this lasted for roughly a month and a half. I feel really crappy enough not getting sleep for even one night. Ugh… this… this was…horrible! Many restless nights of only sleeping for three hours… if I was lucky.

My doctor prescribed me medicine to help me sleep. But it dried my mouth out and it made me so tired the next day. I tried setting a bedtime routine, but the anxiety of trying to get a good night’s would get the better of me. I thought that I was going to have to start taking anti-anxiety medication when YouTube recommended an episode of The Joy of Painting. And I began watching it for the first time in years with a cup of chamomile tea.

Bob Ross’s soothing voice, the sound of his paint brush on the canvas… it calmed me. Watching him, I began to think that everything would soon be okay. That this insomnia wouldn’t last forever. After a while, I fell asleep by the end of the episode and woke up the next morning! Eventually, I became too tired to watch him at bedtime and my insomnia finally ended.

It’s a huge shame that Bob Ross only lived to be 52. A kind and gentle soul who brought so much joy, like Fred Rogers, taken too soon. I had visited his grave in Florida years before my episode with insomnia, but couldn’t get a picture because it had started pouring!

One of the items on my bucket list is to go back and take that picture!

I was hesitant to write my own spells because I was afraid of making mistakes, but I remembered Bob Ross’s words about mistakes… “they’re just happy, little accidents.” If you were painting and you made a “mistake”, you could always make that into something new.

Lovely! Thanks voor sharing! It s such a positive story

I can remember going to bed when my daughter would want to “camp out” in the living room. Her & my husband would put, “The Joy of Painting” on the TV & fall asleep watching him paint different landscapes. When I would wake up, I would watch it with my daughter or until they got up.

He definitely had a very peaceful & calming way about him

Bob Ross had so much wisdom, but what really gets me is the way he so gently and lovingly sprinkled it about- watching his painting videos never felt like a lecture, but when the video ended I always felt like I was walked away with something more.

It makes me think that enlightenment is something you gain, but it’s actually the opposite of taking something on- it’s setting down your burdens and letting your worries fly away as you genuinely enjoy and appreciate each stroke of the paintbrush

Beautiful reflection on this anniversary, @Kasandra

Rest peacefully, Bob Ross. You are still, and will always be, loved 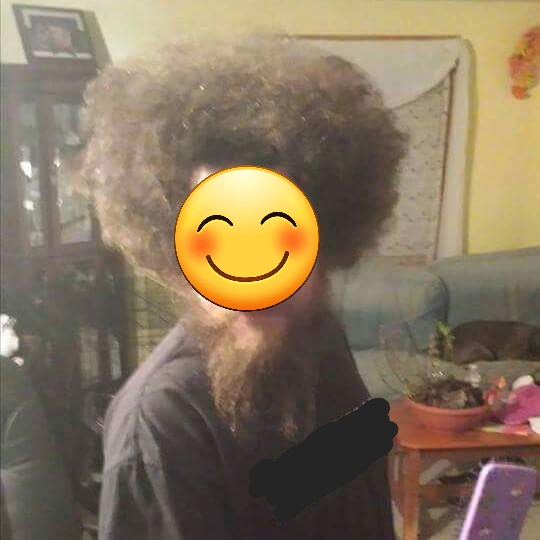 This has been on FB as a Bob Ross meme since 2016… it’s my husband & we picked out his hair one night watching Bob Ross after a bet that he couldn’t have a hairdo like Bob’s.

I loved Bob and his happy little trees! This is a loving tribute to him.

I was hesitant to write my own spells because I was afraid of making mistakes, but I remembered Bob Ross’s words about mistakes… “they’re just happy, little accidents.”

Words of wisdom. I also feel that when we are writing out own spells, our instincts will guide us in making the choices needed - whether it’s what tools to use or what words to say. 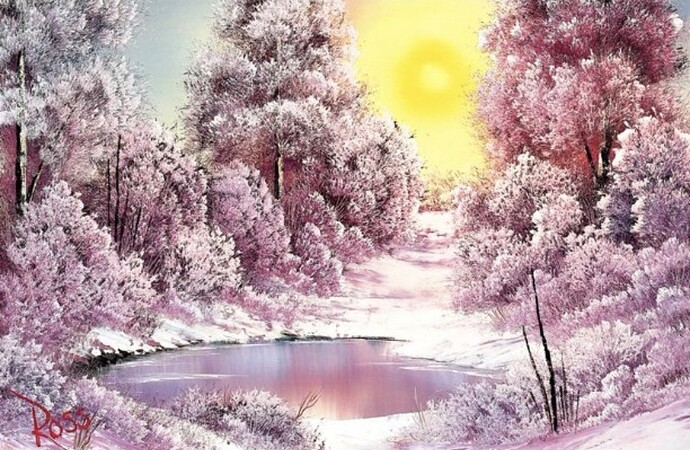 image828×541 233 KB
The pink is such a warm contrast against the snowy forest and frozen pond. 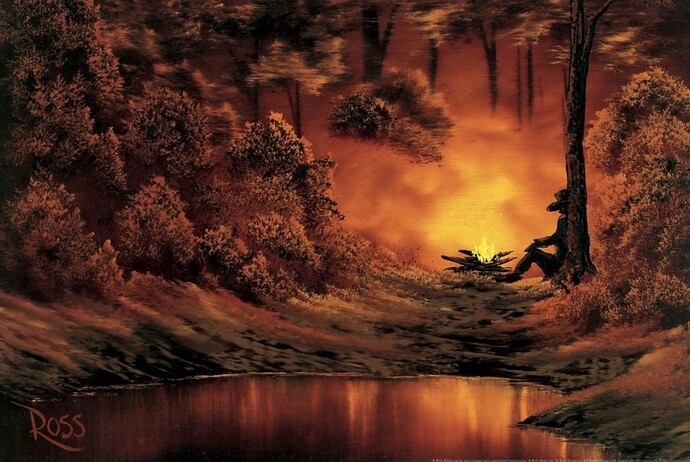 I love all the oranges and reds in the sky and water. I could stare at it for days. 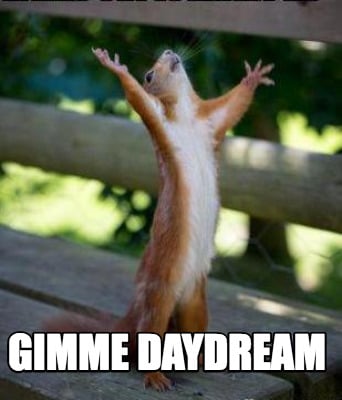 @Kasandra, my daughter & husband would watch his episodes all night long to settle down at night. We did have some fun with my husband’s hair, not gonna lie about that one.

Bob Ross has some amazing artwork from the show & pieces that he has done. The one with the warm pink against the snow is one of my favorites of his.

I bought Bob Ross Mints… they came in a tin & were like Altoids. Then, I like to color so I got a Bob Ross Coloring book & the images are paintings that he has done with no color. I thought that was so cool & the best thing about the book

I love his happy little trees

Did you know that you can get Bob Ross Mints in a tin that is about the size of a normal Altoids tin? I got one for my husband as a treat… I’m not even sure he actually ate the mints or just kept the tin the way it was 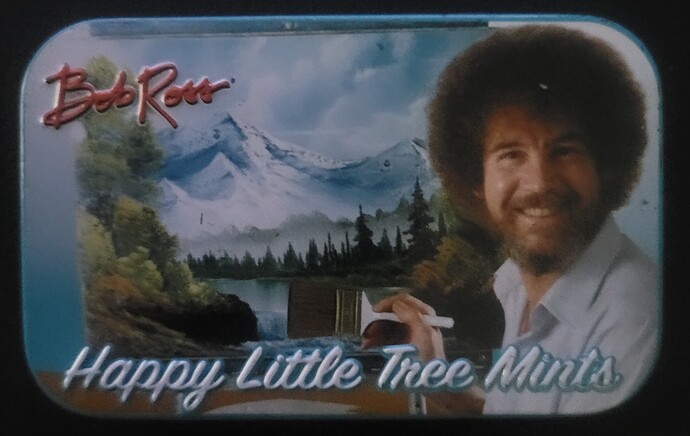 I found this at Michael’s! 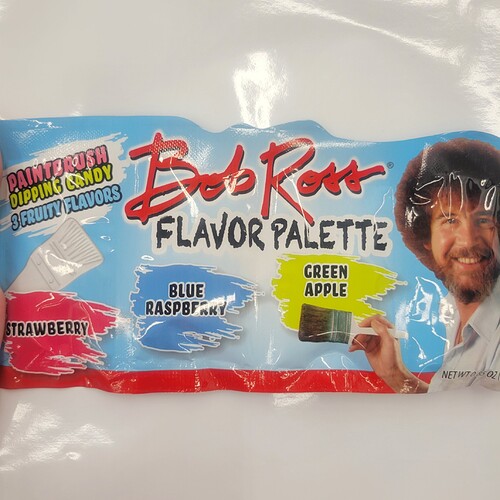 It’s 3 different flavors & the dipstick is a paintbrush

I love those!! They were my favorite when I was a kid

Oh great, now I have to go get one & keep it… I knew there was a reason my daughter was so quiet eating it after I bought it.