I am doing some brushing up on Imbolc. A lot of what I am reading, some of the spells and what not is in reference to fertility. I’m done having babies so I’d rather stay infertile in that respect.

The word abundance doesn’t just mean to attract money. You could be abundant in happiness, relationship, love, creativity. So could fertility could cover more than just procreation, right?

I think fertility could cover a few things. I looked it up and one of the synonyms is productiveness, like fertile soil. Fertile soil is nourishing to the plants that grow in it. I am by no means an expert on the craft or words, but it did give me something to think about.

That’s a really great question! I’m also not planning nor hoping to have children anytime soon (nor at all!) so I used to have the same conundrum when “fertility” popped as a spell result or correspondence for an item.

I think @Ostara gave a great answer- I agree! Although many people first think of conceiving children when they hear the word “fertility”, the truth is that that is just part of the definition of the word.

Looking at the definition of “fertile” from the Merium-Webster Dictionary, we get:

1a : producing or bearing many crops in great quantities : PRODUCTIVE fertile fields of corn and oats

b : characterized by great resourcefulness of thought or imagination : INVENTIVE a fertile mind

(2) : affording abundant possibilities for growth or developmentdamp bathrooms are fertile ground for fungi— Consumer Reports a fertile area for research

b : capable of growing or developing a fertile egg

(2)of an anther : containing pollen

d : capable of breeding or reproducing

This is a partial list- please visit the source for more definitions.
Source: Merriam-Webster Dictionary: Definition of Fertile

Like Linda said, fertile may also refer to nutrient-rich soil or plants bearing fruit or even synonyms of fertile such as “productive”, “inventive”, and “plentiful”.

All in all, I think those of us who don’t want to use the “Fertility” component of spells for conceiving children don’t have anything to worry about

There are plenty of ways to use fertility spells that bring productivity, creativity, and bounty in our lives!

I would say that I agree with you, there is more in life that needs fertility to grow than just your Aunt Flo & friends. So I agree that it refers to other aspects such as abundance, gratitude, prosperity, wealth. Unless specifically specified female fertility, I believe it relates to more than just the female reproductive system.

I hope that helps!

I couldn’t agree more with you my fellow witches. Fertility can be used in many aspects of your life and nature circles that doesn’t necessarily mean women getting pregnant.
I personally like to apply it to a fertile mind in regards to starting new ideas, projects, learning or planning for the year to come. Ideas everywhere!

Hope that helps a little with your question

Man I love this place!!
@Viss @Siofra_Strega @TheTravelWitch_Bry @Ostara
Thank you all so much. Explained perfectly! I think I can bend these Fertility rituals to my favor after all.

Rubs palms together
Lets get ready to be Fertile Yall 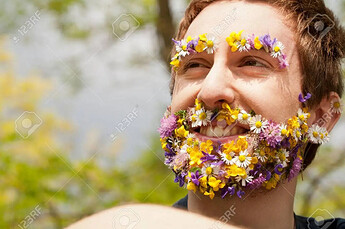 I’ve always heard of people who have a good imagination as having a fertile mind. So that would count!