The Myth of the Gorgons (think Medusa with Snakes for hair)

When we think of a Gorgon, what (or who ) comes to mind?

Is it a winged giantess? A triad of beasts? Or the once beautiful maiden turned snake-haired Medusa?

While Medusa is undoubtedly the most celebrated Gorgon in mythology, we must not forget her sisters, Stheno, the Mighty One, and Euryale, the Roaming One .

Daughters to the sea gods Phorcys and Keto, Stheno and Eurydale possessed the gift of immortality, whereas Medusa, the Cunning One , did not.

In ancient Greece, the Orphics referred to the moon’s face as a Gorgon’s head. Author Robert Graves suggests this reference was a nod to the matriarchy and the three Gorgon sisters as early representations of the Triple Goddess. Since Medusa was mortal, and therefore the only Gorgon who could die, she was seen as the crone goddess, the wise one, the highly feared and misunderstood dark phase of the moon.

Although the Gorgon sisters began life as beautiful maidens, it was when Athena cursed Medusa that the three women transformed into the monsters we know today. With a gaze that petrifies onlookers, it’s no wonder that Gorgon sightings are few and far between. While their description varies per source, they are said to be giant winged beasts. Their bodies are covered in golden scales (to match their wings), and they have tusks and claws that grow sharper with age.

But it’s their hair, once golden but now writhing with snakes, that is the Gorgon’s most memorable feature.

In mythology, snakes and serpents often represent higher wisdom, regeneration, and transformation (more nods to the Goddess). But these divine gifts can feel scary to the uninitiated, which is perhaps why Gorgon snakes could kill, or at the very least, intimidate anyone who dared get too close…

@Siofra ooooo interesting! I did not know Medusa was a goddess. All I really know is the Hollywood version, which I can guarantee is only a drop of knowledge of her. Really your post shows that. How fascinating that she is part of a trio of sisters.

Thank you for this research you did an awesome job!

This is a WOW thing! I love this!

Did you read the whole story? Medusa is mortal & Athena winds up either wearing armor with her face in it or the severed head as a charm, like for a necklace. The entire story is really good!

You are both very welcome! I kind of was like WOW too! So I had to share.

I have another one about Athena posted from the same person:

The Myth of Athena & Poseidon It’s from the same place as this story & after the rest of the Gorgon story which also dates back to I believe Libyan moon worshippers, it’s another great version of Athena’s story.

a nod to the matriarchy and the three Gorgon sisters as early representations of the Triple Goddess.

That’s really interesting- what a fun connection to find!

It’s really amazing how different paths can intersect or overlap, it makes me feel like even different pantheons or cultures aren’t all that far apart from one another

This was a delight to read, @Siofra- thank you for sharing!

It’s so funny there’s a commercial out with Medusa & she buys sunglasses so she doesn’t turn everyone to stone & then I got this from Tamed Wild & Magick & Alchemy & was like… this is so interesting! I have to post it! The rest of the story is really good too, but it’s a bit lengthy to copy & paste.

I literally saw that commercial for the first time just the other day- you’re right, it’s hilarious

Gonna pop it in here in case anyone else wants to see it: 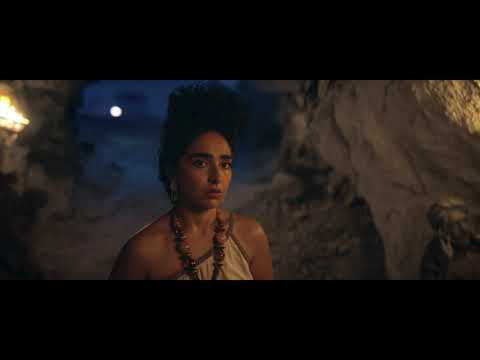 That is Funny I saw this commercial earlier tonight and thought of all of you! Haha

In mythology, snakes and serpents often represent higher wisdom, regeneration, and transformation (more nods to the Goddess). But these divine gifts can feel scary to the uninitiated, which is perhaps why Gorgon snakes could kill, or at the very least, intimidate anyone who dared get too close…

I Love this. As a kid I remember my Mom talking about Medusa and what a terrible person she was, I however always wondered who made her become a terrible person, I also always thought she was beautiful. Although I have never been a great fan of snakes, I found hers intriguing. I really enjoyed reading this, I am really drawn to Medusa and learning why she was the way she was.

I’m so happy, she’s intriguing to me now too. I just kind of want to know more. If you click on the rest of the story is pretty good too. I really enjoyed it. I didn’t realize that she had sisters! I had only ever heard of Medusa.

When previously looking into Medusa I’ve found the older versions of the story either state or imply that the other two sisters were monsters before Medusa was cursed and she was the mortal one because of her humanity.

I’ve also found that alot of more modern interpretations say that Athena only cursed Medusa because she had to punish someone and she couldn’t punish Poseidon. And that she gave Medusa the power to turn people to stone so she could protect herself. I like this interpretation because it suggests Athena wasn’t being malevent, but I also find it to less likely to be how the story was seen by the folks in ancient cousins.

I was really intrigued by the rest of the story as well. I am going to research more into her as well.

@Torista I find that reading multiple versions of the same deity, gorgon, monster, giants… helps paint the picture of them better because a lot of things weren’t written by the actual groups but by others they encountered & the stories changed over time. But they all have similarities to form your own conclusion that makes the most sense to the person researching. (Celtic tribes

used word of mouth, so their information wasn’t written down until Christianity came crashing through & it was actually the Romans painting their version of the Celts & their practices for a while)

I didn’t even know Medusa had sisters or anything to do with Athena. I will have to go back & read the story again. I know a little bit about Athena but, she has never been a focus of mine. I tend to hang around with the Celtic

deities & stories & their relation to other cultures, similar deities. Hard to explain.

ANYWHO! I think I am going to definitely look more into Medusa & her sisters & Athena though. Do you know of any sources or books that I could look into?

I have also read that these sisters were known as the Fates. In mythology the Fates are seen as those who decided how our life should go. Sometimes they give us good things and other times bad depending on which sister is watching you at any given time.

I did a paper on her in high school so I quite a bit of research but that was 10 years ago. Regretfully I no longer have a copy of it, or I give you all the sources I used.

I wish my history papers could have been on something like this! I would have been down rabbit holes for days! Thank you. (I don’t have many of my papers left either