Apples in Witchcraft 🍎 Magic and Mythology

An apple a day keeps the doctor away, but do you know how many uses apples have in witchcraft? From Granny Smith to Fiji, Gala to Pink Lady, and everything in between, let’s take a brief look at apples and their correspondences in witchcraft, both my own UPG and in folklore and history! 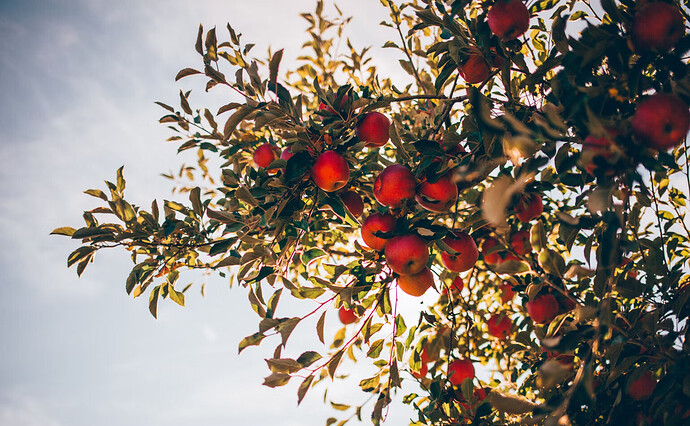 As with many things in witchcraft, I like to look at all sides! First, let’s look at the common physical characteristics of apples. I will be general and vague because I can’t possibly cover every type of apple out there. Did you know there are over 7,000 different apple varieties?! Me either

Apples are native to Central Asia. They have since been grown all over Asia and Europe and were brought to North America by the European colonists. Apples trees are prone to different types of bacterial and fungal infections, both of which can be controlled with organic and non-organic methods. In 2018, China was the world’s largest producer of apples at 86 million metric tons.

The apple is a deciduous tree that blossoms in Spring. It does well in cooler environments and would not be suited for a place like Florida (dang it!). When you cut an apple open, a star

is seen on the inside with the seeds. That’s magic in itself, in my opinion! 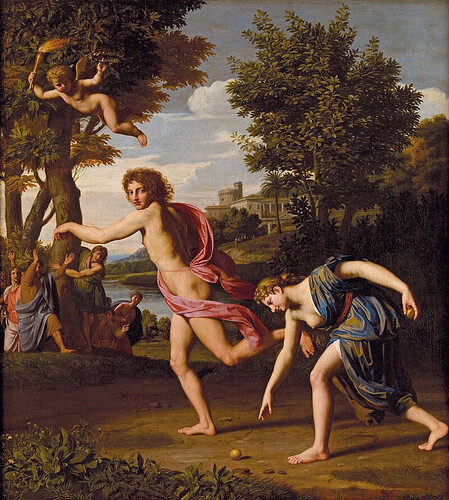 Throughout time and history, apples have been seen as symbols of love, luxury, fertility, and knowledge. Apples have even been used for more unsavory tasks in mythology. Let’s look at a few different times apples are mentioned in different mythologies from around the world.

In Greek mythology, Gaia is said to have given Zeus and Hera an apple tree on their wedding day.

Pseudo-Apollodorus, Bibliotheca 2. 114 (trans. Aldrich) (Greek mythographer C2nd A.D.) :
“[The golden apples of the Hesperides] These apples were not, as some maintain, in Libya, but rather were with Atlas among the Hyperboreans. Ge (Earth) had given them to Zeus when he married Hera.”

Athenaeus, Deipnosophistae 3. 83c (trans. Gullick) (Greek rhetorician C2nd to C3rd A.D.) :
“As for the so-called apples of the Hesperides, Asklepiades [C2nd A.D.], in the sixtienth book of his Egyptian History , says that Ge (Earth) brought them forth in honour of the nuptials, as it was called, of Zeus and Hera.”

Theoi.com - Gaia and the Wedding of Zeus and Hera

Also in Greek mythology, Eris (the Goddess of Discord) was enraged because she was not invited to the wedding of Peleus and Thetis. Thus, she decided to carve three apples with the phrase, To the Fairest, and toss them into the crowd. Aphrodite, Hera, and Athena all received an apple. All three, then, believed they were the fairest of the Goddesses. Zeus was asked to mediate between the three Goddesses as they fought for the title of Fairest. Zeus instructed Hermes to take them to Paris, the prince of Troy, for him to decide the winner (which is like…not good for a mortal to have to choose between three Goddesses anyway, right?) and he chose Aphrodite because she promised to give him Helene, the most beautiful woman in Troy, for a wife. The abduction of Helene then led to the Trojan War and the fall of the city.

THE JUDGEMENT OF PARIS was a contest between the three most beautiful goddesses of Olympos–Aphrodite, Hera and Athena–for the prize of a golden apple addressed “To the Fairest.”

Most of us are also familiar with the apple in the Old Testament of the Bible. Though, interestingly enough, I have found that the word “apple” wasn’t actually there. Instead, it is believed to be a fig. Either way, in Christianity, the apple is synonymous with the Tree of Knowledge and the downfall of man into sin.

When the woman saw that the fruit of the tree was good for food and pleasing to the eye, and also desirable for gaining wisdom, she took some and ate it. She also gave some to her husband, who was with her, and he ate it. 7 Then the eyes of both of them were opened, and they realized they were naked; so they sewed fig leaves together and made coverings for themselves. Genesis Chapter 3:6-7

In Irish mythology, we see Emhain Abhlach, the Isle of Apples, The home of Manannán mac Lír and one of the names for the Otherworld. This Otherwordly realm is sometimes equated with an “Irish Valhalla”, but that is not the case at all. Most mortals are subject to reincarnation, not having a final resting place but continuing on with transmigration of the soul. Only those chosen by Manannán mac Lír ever see the Isle, and those who leave are shocked to find that much time has past in the world they venture back.

A branch of the apple-tree from Emain
I bring, like those one knows;
Twigs of white silver are on it,
Crystal brows with blossoms.
~ ~The Voyage of Bran~ ~

Even Henry David Thoreau was enthralled by apples and their history. He wrote an entire book about them which can be read for free in its entirety on Project Gutenberg.

The apple-tree has been celebrated by the Hebrews, Greeks, Romans, and Scandinavians. Some have thought that the first human pair were tempted by its fruit. Goddesses are fabled to have contended for it, dragons were set to watch it, and heroes were employed to pluck it. Wild Apples, by Henry David Thoreau 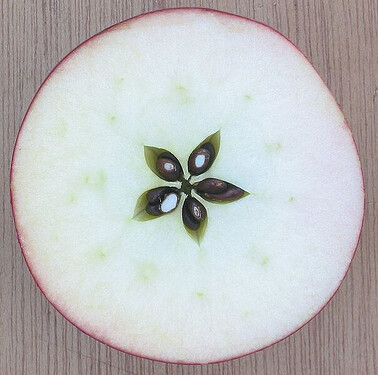 We have read some history and mythology, but what about practical uses for apples in witchcraft? Here, I will list some of my own correspondences and associations with apples, plus a few others I find around the web. There are also plenty of apple spells around Spells8, and I even have one of my own to share!

draw love to you

fertility magic, both of the plant kind and the human kind

temptation (both avoiding and including)

made with Love and Gratitude Recipes

made with Love and Gratitude

[20200916_174229] As promised! Eep it came out so yummy! Ok so first off – I’m a lazy witch and I buy pre-made puff pastry – I love cooking and baking but if I’m making a strudel it’s because I want it NOW please and thank you. You will need: Pre-rolled puff pastry (filo also works nicely) Apples (I used 3 gala apples as they were in the house – anything goes)

Sip on this when you apples-olutely need a pick me up!

This magickal potion does contain alcohol, but I included a non-alcoholic version at the end of this video. 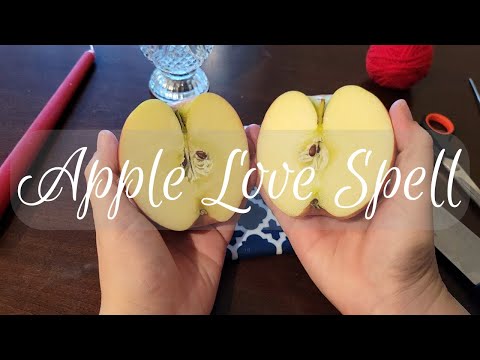 What do you say, do you use apples in your practice? What do you associate apples with? Let me know!

Links and other things!

I love all this information, Megan!
I always eat an apple a day

What an orchard of wisdom- this is such a fun exploration of apples in the Craft!

What do you associate apples with?

, but recently I’ve realized that they are one of the few fruits available year round- no matter where I’ve been in the world, I’ve always been able to get an apple in the store. So I guess there’s something universal about apples for me

, but also temptation (As you mentioned, Eve and the apple)

After having a thoughtful reflection on apples, they sure do have a lot of possible ways to read them as a symbol/in magick!

Thank you so much for this wonderful post, @MeganB- I really enjoyed reading it!

@marsha – Thank you! I don’t apples too often, but they’re pretty tasty!

What an orchard of wisdom

very punny! But thank you

I didn’t make that connection with apples and family, but that’s a good one, too!

This is so timely for me! Just this past Monday, I looked up the magickal properties of apples! However, your information is much more thorough than what I found. Thanks, Megan!

There is a really good short story By Paula Willowmoom that my grand my use to tell my kid to explain the star in the apple for those of you with kids.