Blessing and charging of an amulet

So, i just blessed and charged my amulet using the spell found here on spells8 and i literally feel different…i felt a source of energy through my entire body while doing the blessing, almost like a trance.

What could this mean?

We have had a few discussions about charging amulets & talisman

Consecration of an Object

Wow that’s a very clear sign. And right now I’m working on a post about the concept of the Triple Goddess. In the meantime, the basic meaning is triplicity, and 3 stages of a cycle:

Thanks for sharing your experience and I’m glad you had a powerful encounter through the amulet blessing ritual.

It means you’re a witch

I felt the same way the first time I drew down the Moon, and have had several such experiences since. It could mean many things. I would say that you have had a “religious experience” (but I hate labels). That is personal and only you can say for sure what it means. What I mean by religious experience is that you have performed an act of the Craft and experienced something personal, perhaps even contact with some form of the Divine. If it isn’t obvious, I am taking great pains not to define this too rigidly. When I say Divine, I am referring to something that seems outside your current self. Some call this the Universe, some call it their Higher Self, some call it the Triple Goddess, some call it a Deity. From what I have read, the feeling of energy is some form of contact from outside yourself.

Don’t worry, it doesn’t seem to be in any way harmful. There is no need to rush, but you might like to research ways to explore this further. Think of it as an invitation.

If you don’t have a Book of Shadows or a Book of Mirrors, now might be a good time to start one. It’s worth the time it takes to chronicle your beliefs and experiences.

And would explain why I feel so drawn to the triple Moon symbol out of all of the symbols!

It was a feeling almost like I needed to explore it further like I was being pulled in to something that I know not of almost like I wasn’t alone in the room…if that makes sense but I didn’t feel afraid.

It was very moving.

See. That’s the thing! My fiance will make comments like “My little witch.” Or say “I love you witch.” And when he says it and he calls me what I am there’s a connection there a connection like i’ve NEVER understood before with ANYTHING.

This is an exciting time for you! So much to learn and all of it exciting. I still have that feeling of newness and excitement sometimes, but practicing has become a normal part of my day so it isn’t the same sense of daily discovery. Lately, I have been dating witches (locally, not trolling the Coven) and it is comforting to have the support for what you do from your dating partner. And it definitely feels good to have some sort of context to be able to to view your experiences through. The Coven also provides some of that support, but its also nice to have it in person.

Yes, it REALLY helps to have someone who understands you!

Thank you! I will read your post on this.

I already have one picked out online 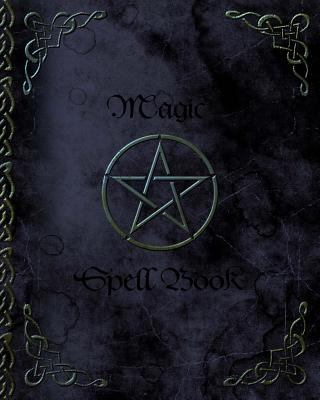 That’s beautiful! And the experience of writing will help to organize your thoughts and feelings about your experiences.