Cast for the Past

Cast for the Past

So as a few of you know, I’ve become very into frequency work. I do it for healing, but also for casting…you know, align my personal vibrations and chakras with the spell I’m working with.

Along this path, I’ve started working with theories and meditations by Dr. Joe Dispenza (the guy from What the Bleep Do We Know). And I’m reading his books. Currently, I’m reading “Breaking the Habit of Being Yourself: How to Lose Your Mind and Create a New One”. In this book, Dr. Dispenza relates the following tale. 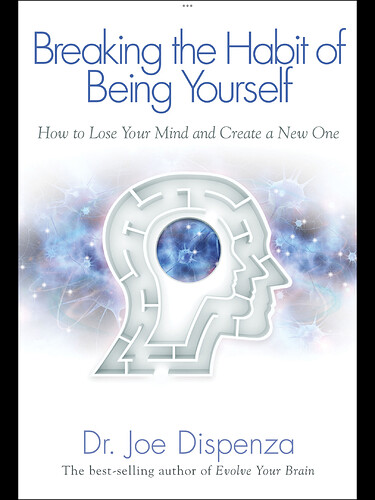 In 2000 an Israeli doctor, Leonard Leibovici, conducted a double-blind randomized controlled trial involving 3,393 hospital patients divided into a control group and an intercession group. His intent was to find if prayer could influence their health. He chose patients who had suffered sepsis while hospitalized. Half the patients had prayers said for them, the other half did not. His markers were: how long fever lasted, the length of hospital stay, and how many died from the infection.

The prayed-for group benefited from an earlier decrease in fever and shorter hospitalization times. The number of deaths among the prayed-for patients was slightly lower.

The patients who were prayed for in 2000 all showed measurable changes in health, but those changes took effect years before the experiment. So the conclusion mad is that intentions, thoughts, feelings and even prayers not only affect the present and future, but they can also affect our past.

So, the question is, if you were to pray or cast (both are a focus on an intention) for a better life, could it affect not only your present and future but also your past? Quantum law says yes, all potentials exist simultaneously, that how we think and how we feel affect all aspects of life beyond space and time.

I believe I’m going to put this to the test. I’m going to start to “cast for the past” and see just how effective effecting the present through the past really is. Like, I’m going to cast blessings on my parents during the time before they had me and after they had me. I come from an alcoholic family, so this should get pretty interesting. I’d like to see if I can change my current trauma-related physical disorders by casting blessings for my child-self.

I know the quantum physicists say that time is an illusion and that all of time is happening at once, it’s just on such a grand scale we feel that it’s going slowly…so theoretically, we could reach back and cast effectively to the past to alter the present and the future.

What does everyone think about this? Does anyone want to try the experiment with me?

This is a super interesting concept and I’d love to explore it further. I’m like you. I would love to see if casting for my child-self could influence my trauma-related issues I have now. Gods know it would be amazing if I could figure that out

I don’t know if I’m in the right headspace to figure that out on my own but I would love to hear how it works for you. I’ll be following along!

Wow I am so intrigued! Definitely can’t wait to hear more about this and may have to pick up that book.

I just got “The Untethered Soul, the journey beyond yourself” by Michael A. Singer and can’t wait to start!

Wow this post led me down a huge rabbit hole of information, it’s mindblowing really

Quantum law says yes, all potentials exist simultaneously, that how we think and how we feel affect all aspects of life beyond space and time.

I didn’t know that and now I’m reading about Retrocausality, which sounds a lot like “Back to the Future” and traveling in time (if time doesn’t really exist then it could certainly be possible).

I’m still watching it but I feel I have to share this video: WTF is Quantum Retrocausality? (ft. Physics Girl) for those interested.

I think suddenly we all have a lot of work to do.

New Moon spell here i come! I’m interested in this also & want to be able to click the links & be able to easily move around the page, silly phone… I’ll definitely be followimg to see how it works out too!

@August_Wandering I do want to try the experiement with you yes!

I have read this book TWICE now - once for an assignment for a retreat I went on to Costa Rica back in the beginning of 2018, and once after I returned to do some following up on my notes. I think I will re-read it or at least parts of it from time to time along my journey as well, it’s an excellent source and reference material to really get the time continuum juices flowing, among other out of the box thinking, for sure.

I feel like there’s so much we don’t grasp or think about — until we do, and then we can’t unsee it. Our exercise in the retreat was about meeting ‘our littles’ - basically the innocent child we once were before, or near as we can come to it - when all the baggage of our life started taking hold. Our littles are with us all the time and this exercise was centered around healing the childhood trauma and wounds and introducing ourselves back to the ‘us’ that we were before others imposed their own trauma and baggage onto us. This is a very abbreviated synopsis of the activities surrounding this trauma healing but I do believe that the work I did and subsequently continue to do in that realm of healing my ‘little’ imposes better health outcomes for me today. I keep saying this - but I am the girl who lived - and I am forever grateful for healers and big thinkers who help someone get loose of their trauma and the mental, physical and emotional harm to live and not just exist. For what is life if all we are is a shell?

Thanks for sharing this book and your thoughts!!

Pictures of the Costa Rica retreat - what a great experience…… 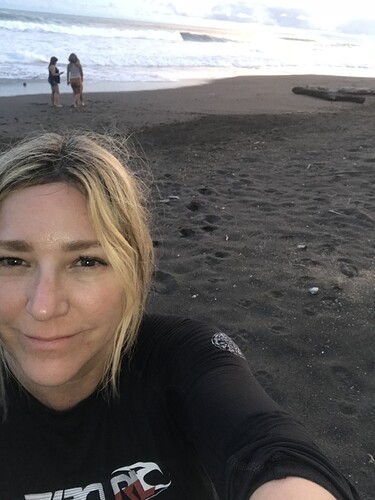 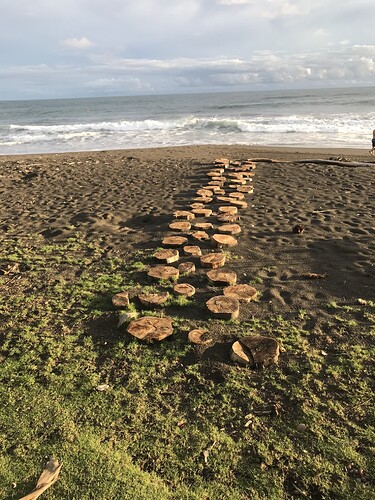 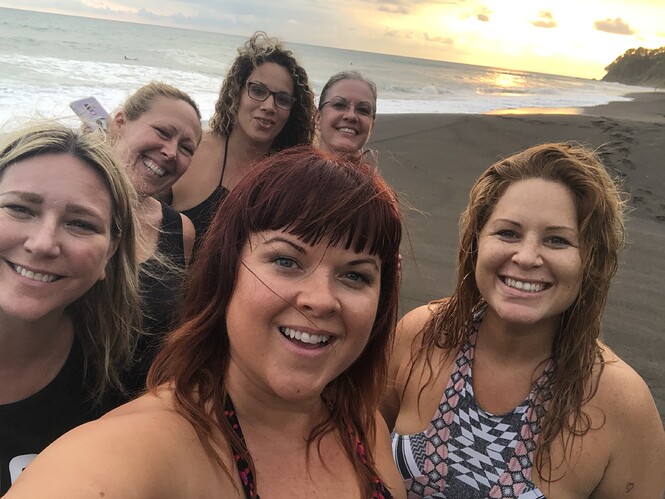 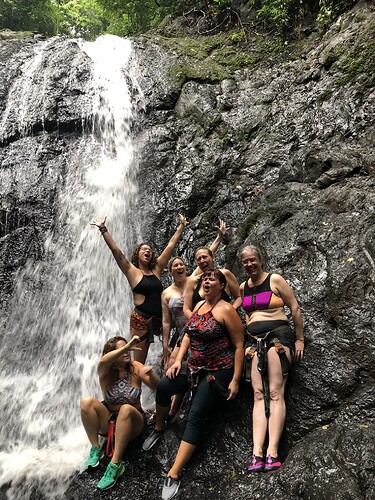 This is fascinating! I can’t wait to see how this works!

Quantum law says yes, all potentials exist simultaneously, that how we think and how we feel affect all aspects of life beyond space and time.

My mind gets tangled in knots when I think too much about Quantum Physics (I can’t help but think that some things are beyond what our current brains are capable of wrapping around, but maybe that’s just the limits of my own brain haha) but I do believe that there are areas/planes free from the limits of time. I like the idea of sending energy to the past or future- it is really exciting to think about!

I’m going to start to “cast for the past” and see just how effective effecting the present through the past really is.

Reading this opened a lot of new doors- it makes me wonder if this is somehow connected to working with your inner child (in the sense that carrying for the inner younger version of one’s self connects to the actual version of them back in time).

The possibilities really are amazing- if I’m understanding it correctly, the results of your work may not be visible for some time, but please keep us updated on anything you notice as you work, @August_Wandering!

Thank you! And yep, healing the child-self is really important. Keep at it and I’m sure you’ll achieve success at it! I’ll let you know how it goes.

It’s a great book…but then again, everything by Dr. Dispenza blows my mind and opens new dimensions of thinking for me. But I just may have to get a copy of what you’re reading too. It sounds intriguing!

That video was brilliant! Now I’m going to have to get the book as well. It sounds fascinating! Thank you. for sharing the link!

You’ll have to let us know how your New Moon spell turns out using this idea! I’m excited to see how it goes for you.

Love the pics! Thanks for sharing them with us! And I’m excited you’re up to join in on the grand experiment! Have you read any of his other books? His books are always a treat that open new doors of perception for me.

So excited so many want to do this with me! I think we can. I know we can.

Just think what the world could be like if every witch and energy worker in the world starting practicing for the past to heal our collective human experience in order to better our future?

How fun!!! I plan to make my first attempt on Samhain when the veil is thin and the ancestors are close.

When does everyone else plan to take a stab at it?

I have been trying to find something I really wanted to work towards on Samhain this year. It’s my first “official” Samhain. I have some other ideas in the works, but this fits right along with it! I think I’ll join you!

@August_Wandering I will once I figure out the what & how. I feel a stronger connection to the New/Dark Moons than I do to the Full Moons… leave it to me to be different

Just think what the world could be like if every witch and energy worker in the world starting practicing for the past to heal our collective human experience in order to better our future?

I would love that, I just don’t know how to make that happen, so it starts with US and others like minded! @August_Wandering

When does everyone else plan to take a stab at it?

So I want to do it in threes, to culminate on Samhain - so I’ll do one a week, focusing on praying/casting an intention for a better life in the present first, future next, and past last — all focused on threads that are connected. What does that sound like.

I have not read any of Dr. Joe’s other books but sounds like I need to! I love all the work the Israeli’s have done in this vein and they have quite the scientific proof/evidence and studies to back so much of it up!

Super cool! It’s the best time to try as far as I can tell. Who will you be reaching into the past to bless and heal?

Different is gorgeous! I like dark moons too. What am I saying…I like the moon at every stage. You’ll often find me out in the yard conversing with it like neighbors having coffee over their fence.

That sound brilliant! So very Tarot like! I just love it!