How to break a generational curse?

Please I really need help …I’m new to the family ! I’m just a baby witch still finding my way around

it … please what spell ,herb and chant can I use to break a generational curses …i have made research but yet haven’t seen Any go to spell for that ,I hope my family’s here will help me

@amaka
im not sure on genarational curses but there is a spell ive used alot to take care of a curse or negetive energy.

flush it down the drain curse braking

pour the water into the bowl, add a few pinches of salt, and stir it with your finger, call upon whatever deity you wish to work with. ask them to bless the water for you. get the washcloth damp in the water and run it all over your body, seeing all the negitive energy attached to you washing away and desolving. then prick your finger letting a few drops of blood drop into the water. then say: blood for blood, what was sent to me is send right back, i wash away its influence, i send it down the drain, let it return to wence it came, may the evil they have sent me infest them like a plague, may there own evil fill them, i close the door and slam it shut, no harm can come to me, the way is barred forever more.

stir the water with your finger counter clockwise, see the energy spiraling away from you as if it was being flushed down a drain, see it returning to whomever sent it.

I’m not quite sure what you mean by a generational curse?

I also have only used the freezer jar spells or return to sender types of spells, nothing in the way of curses or hexes. Maybe @Francisco or @MeganB may know something that I do not.

The bible talks about generational curses. That’s the only time I have ever read or heard of it. Basically if your a evil person your children and children’s children will be punished to the 7th generation. I personally don’t believe it’s true.I do believe in the Wiccan belief of if you harm someone it will come back to you X 3, and I believe in Karma 100%.

Yea im not sure i really believe in curses that can effect generations myself im just saying what i read i mean a curse that effects generations would be a powerful and dangerous spell as any curse you cast in a smaler amount is subjected to yourself. So in turn of cursing a family you end up cursing your own in a smaller degree

Thanks so much for your kind reply

I love you! Thanks for the replys really calmed me down …will just do a return to sender and protection spell any idea?! Thank you

In regards to generational curses, I know @MeganB shared some great information about them in the Is there really such a thing as family debt? discussion- I recommend checking out her post there!

I don’t know much personally about generational curses, but for curses in general the more information you have about the curse (the intention/goal of the curse, who cast it, why they cast it, what ingredients/spells were used, how long it is supposed to last, etc) the easier it will be for you to unravel or deflect it.

For now, you can definitely try a Return to Sender Spell- I particularly recommend this one, as it is also a Hex Breaker: 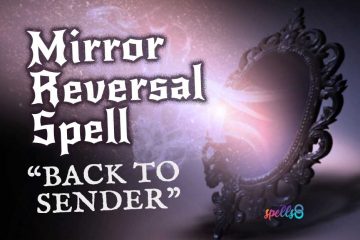 Protection spells are always a good idea- never hurts to solidify your defenses! 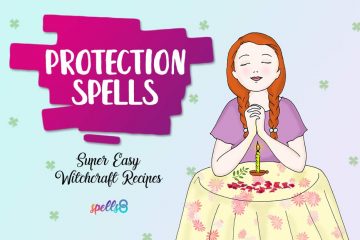 Wishing you all the best, Amaka- I hope you can break whatever curse or negative force is plaguing you!

Reflecting on this again, from an Irish pagan perspective, generational curses are very much a thing that happens. In mythology, Macha was forced to run a race against a King’s horses while she was heavily pregnant. Her people didn’t come to her defense so, in return, she cursed them to be weak in all sense of the word. Any fighting-man of Ulster would come under the curse and it would last for nine generations.

For failing to use their strength to defend her in her time of need, Macha declared that their strength would become useless to them. Whenever they needed it most, their strength would desert them, and for nine days and nine nights, they would endure the pains of a woman in childbirth. This curse would last for nine generations: each fighting-man of Ulster, as soon as he was old enough to grow a beard, would come under the curse. The Curse of Macha - Bard Mythologies

Some curses have to run their course. Some curses are only reversed when the original betrayal (or whatever reason for the curse) has been corrected. Some curses can be broken.

However, I find that generational curses are very rare and aren’t usually put on people by other people, if that makes sense. Without knowing exactly what’s going on, it’s hard to tell if there’s really a curse or if it’s just life. Sometimes bad things happen to good people, and sometimes families will carry generational trauma with them that also may seem like a curse or bad luck.

Whatever is going on, I hope you find a resolution soon

! Y’all make me feel so wanted and cared for ,I appreciate the love and will try out all the spell ! Will definitely come back to tell how it worked

Good luck with your spellwork, @Watergoddess- love and light back to you too!