I found my ancestral pantheon…what now…

So the past few days have been filled with discovery. The discover of both side of my blood.

I found a family tree that someone made on their own that dates back to the 1500s…my English side settled in Massachusetts, Rhode Island, and Connecticut in the early 1600s. (Sooo cool!)
Anyways, I reached out to my aunt who is into our family history, she said that she has our other ancestry, our Scandinavian/Norwegian family tree, in detail that dates back to the 1400s. All of this is actually on paper. And I guess it’s pretty old too, with recent updates of course.

And it’s funny to me because Loki appears to me in dreams (has for a while) and I recently bought my first rune set and I didn’t know why I felt drawn into buying them. It’s like I have been feeling this pull to the Norse pantheon. But I don’t know much about it. I don’t know much about Vikings, or Norse paganism. Is anyone here familiar?

Anyways, I’m really excited… so I’m going to start studying this… see where it takes me. I feel like studying Norse Paganism and the Norse Gods is like literally studying my lineage. It’s super neat. 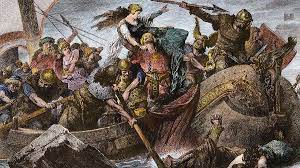 That’s really awesome @Ember_Lee , I believe that is important to have the knowledge of your cultural place.

I don’t know if it make sense what I’m saying here.
Wish you the best on your findings and studies.
Blessed Be!

I believe @Liisa is a Norse Pagan.

I practice Norse Paganism, and Heathenry (also called Asatru, Vanatru, Odinism and Anglo Saxon Heathenry among other things) as my primary practice. It is quite different from Wicca, mostly in that it is polytheistic rather than viewing all deities as aspects of the God and Goddess.

There are two main groups of gods in the Norse pantheon - the Aesir and the Vanir. The Vanir are gods of fertility, nature and magick. The Aesir are gods of civilization and culture. There is crossover between the two camps, as slme of the gods Inter-marry or are members of both tribes.

Another feature of Norse cosmology is the Jotun, or giants. This group of entities are typically seen as the ‘enemies’ of the gods, although there is crossover here as well. There are Ice Giants and Fire Giants, each born of the opposing realms of fire and ice, the origin of creation.

Finally, there are Landvaettir, or land wights, which are spirits of the land itself. These are similar to the Celtic idea of Faeries and are sometimes honored along with the earth.

Heathen rituals are called Blots and Sumbels. There is a structure similar to the wheel of the year with some variations on dates which is a somewhat modern invention. The main peices of literature followed and studied by most Heathens are the Havamal, the Eddas and the Voluspa. The Havamal is a ‘scripture’ of sorts that contains poems attributed to Odin, the leader of the Aesir. Among these poems are the runic poems, which describe the runes and how to use them. There’s a good
article about runes that explains some of the history with some practical instructions that might also be useful.

I hope this information helps you!

That’s awesome! I don’t think it’s always necessary to worship our ancestors (some of ours may have been terrible people…) but Congratulations on connecting with your spiritual path either way!

Regarding ancestor veneration in the Norse tradition, there are some good resources online for learning such as:

We had a discussion in the Forum about this topic here: Experiences with the Norse Deities

A starting point could be welcoming the dísir into your life. They are female spirits (some consider them goddesses) of the kin, who guard the family. There is considerable evidence that the dísir were worshipped in Scandinavia in pagan times.

Another aspect of the Norse tradition is the Blót, a celebration or feast where the gods and goddesses were honored, mostly by drinking in their name. (and with animal blood sacrifices too.)

There are a few living traditions of Norse pagans that you may want to research:

@Francisco this is awesome! Thank you!

Whooooaaa!!! That’s tons of info!! But I am definitely going to take some notes, cause you said a lot of really awesome things! Thank you so much.

Congratulations on finding more about who you are!!! Aren’t dreams so mysterious? Anyway, finding info and having old papers to go with it is so amazing. It keeps you close to family or getting close to more family.

it sounds like you’re heading in a good direction for you.