⛤ Paganism 101: Are Wicca and Paganism the Same?

I’ve been reading the book Drawing Down the Moon by Margot Adler. This book is perfect for beginners and those learning Paganism 101, especially if you struggle with the differences between Wicca, Paganism and Witchcraft.

I decided to make a short video presentation about how Wicca and Neopaganism are different:

Differences Between Wicca, Witchcraft and Pagan Wicca is a polytheistic religion (more specifically duotheistic because there are two main deities), but monotheistic forms of Wicca developed in the 1960s. Wicca is not an old religion, it’s about 90-years-old, founded in England between 1921 and 1950.

The main difference in “Pagan vs Wiccan” is that Wicca is a modern form of Paganism, or what is called Neopaganism. Paganism is a broad concept that includes many religions, so Wicca is a Pagan religion. 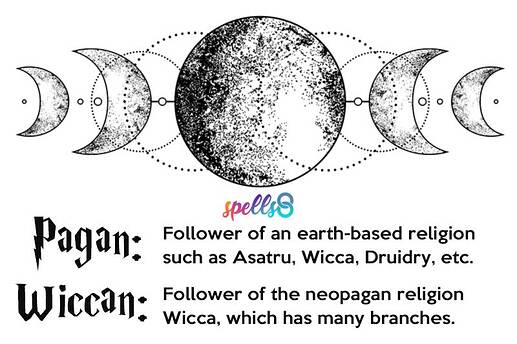 What’s the difference between Witchcraft & Wicca?

Witchcraft is a religious practice involving magic and affinity with nature, usually within a pagan tradition. Some Neopagans, including Wiccans, practice Witchcraft while others don’t. Anyone who practices Witchcraft can be considered a Witch.

Wicca is not the same as Satanism and is also not related to it in any way. Satanism is a group of ideological and philosophical beliefs based on Satan. Before 1966, Satanism existed primarily as an accusation by various Christian groups toward ideological opponents. While some Wiccans may be labeled as “Satanists” by religious fanatics, the two concepts are entirely different.

Wicca is typically duotheistic religion, worshiping and/or working with a Goddess and a God. Most early Wiccan groups adhered to the duotheistic worship of a Horned God of fertility and a Mother Goddess 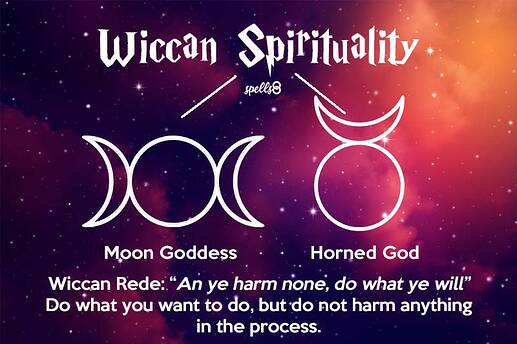 What is Wiccan Magic?

Many Wiccans believe in Magic, a force exercised through the practice of Witchcraft or sorcery. Many Wiccans agree with the definition of magic offered by ceremonial magicians, such as Aleister Crowley, who declared that magic was “the science and art of causing change to occur in conformity with will”. 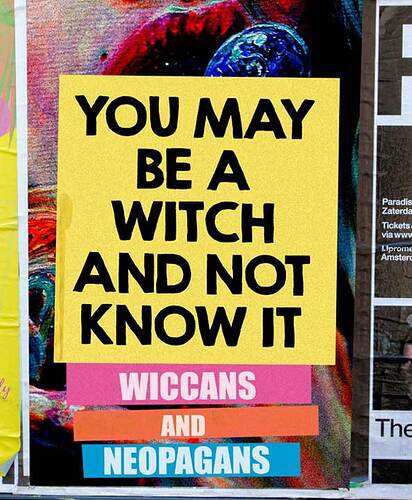 I really enjoyed reading “Drawing Down the Moon”, I made tons of notes so I will be making more videos about it. If you don’t know what you are, first of all don’t worry about labels, instead keep reading and learning about Paganism and Witchcraft!

16 Likes
How do you know what type of witch you are?
5 Lessons from "Drawing Down the Moon" by Margot Adler
The 3 Types of Witches (No-Nonsense) :woman_mage:
From Aleister Crowley to Wicca: 4 Types of Paganism
:footprints: Weekly Witchy CHALLENGE - Your Magickal Roots
Abs53 May 26, 2020, 5:09am #2

This is great, thank you @Francisco

Thanks Francisco,
this made a lot of questions I had much clearer!!!

I have tried reading Drawing Down the Moon more than once and I just haven’t been able to make much of a dent in it lol hopefully when I have more time once we move I’ll give it another crack. It’s definitely one that everyone says should be read and I’m ashamed to say I’ve never read it in my 10+ years of practice lol

I finally found who I am.

This path is about empowerment, mindfulness, embracing our strength as spiritual beings, and connecting to and loving the earth

I hope you keep finding answers here, feel free to comment in any topic you are interested around the forum. Blessed be!

@brittany4 Congratulations! Welcome and Blessed Be. Isn’t it awesome when you find your path and it is so comfortable and just makes sense?? Welcome to the world of Knowledge.