The Moon in Irish Folklore 🌙

There is one deity in particular that has been posited to be a moon deity, or at least a deity with a connection to the moon. However, there have been no citations or sources found in folklore or mythology that give a hint to this. The only connection to the moon that he might have is with his symbolism, but it has been said he is more likely connected with the Sun than the Moon.

This is the God Elatha (also written as Elotha, Elier, and Elada). He was king of the Fomorians but wed to Ériu, a member of the Tuatha Dé Danaan. Without proper sources and citations, I cannot make a distinction one way or another. There are quotes about him on his Wikipedia page in regard to his appearance and the way he came to Ériu, however, those quotes do not have associated citations and I cannot verify the accuracy of that information. (8) The Moon in Irish Folklore

Instead, I wanted to share some Irish folklore about the moon that I found on Duchas as part of their Manuscript Collection project. If you are not familiar with Duchas, here is a bit of information about it taken directly from their website.

The objective of the project is to initiate the digitization of the National Folklore Collection (NFC) so that:

(ii) a data management system is available for NFC to which other material can be added in the future.

I really enjoy browsing the folklore and writings on Duchas just for fun, but the value it has as a research tool is insurmountable. I have also helped along in the transcription of their English files, too. This is an offering of my time in Brigid’s name.

This one was interesting because it is a simple prayer to the new moon nestled amongst Christian prayers. It just goes to show how many folk practices, especially that of Ireland, are steeped in Catholicism.

When the new moon is seen first the people say “I see the moon; she sees me. God bless the new moon and God bless me”. They also say "New moon, true moon, trusty and true, this is all I ask of you: health, wealth, heaven at last.

Again, there seems to be a lot of folklore surrounding the new moon, even from my quick perusal of Duchas. Here is one that talks about new moon expectations.

Whatever you have in your hand when you see the new moon first; you will have plenty of that before the next new moon comes. (4)

And yet another talks of seeing the new moon for the first time in glass being unlucky!

To see the new moon for the first time through glass is unlucky. (5)

Yet another person has said that a common belief about the moon in their location (Coornagillagh, Co. Kerry, as far as I can tell). I almost wonder if this particular belief has a deeper folklore connected to mythology or the geographical location that is not written about. I would be very interested in hearing more about this one!

The pig sees the new moon the first night, the horse the second & the human being the third. Common belief about the moon here. (6)

Lastly, I want to leave you with this little funny story that someone wrote about the moon.

Once upon a time there was a little boy who said he would hide the moon. One morning he went out and brought a bucket of water with him. Then he went over the field and began to fling the water up at the moon. In a few minutes he had him self drowned with water but he was not able to hide the moon.

Looking over all of this folklore, it is interesting to see some of the correlations between how many of us view the moon phases in our magick. For example, the folklore about making wishes to the new moon. This directly matches up with my practice of making wishes on the new moon, or at least setting intentions and doing specific work for bringing new things into my life. The moon has captivated people for centuries and it will continue to do so.

I wonder what sort of folklore we will leave behind for future generations in regard to the moon. What do you think?

I’ve looked through the full list of deities in my book on Witta (Irish pagan tradition) and none of the ones listed have any reference to the moon (there are over 60). Couple of sun connections but no moon… This has me intrigued. Thanks for this.

You’re welcome! It is very intriguing and makes me thing that any moon deity connection may just be region-specific. I know The Irish Pagan School has a course about the moon in Irish practices but I’m already saving for a different class to take there

Huh. That’s odd that the Irish doesn’t seem to have just one or two Moon Gods. Thanks for this information, it was very interesting! 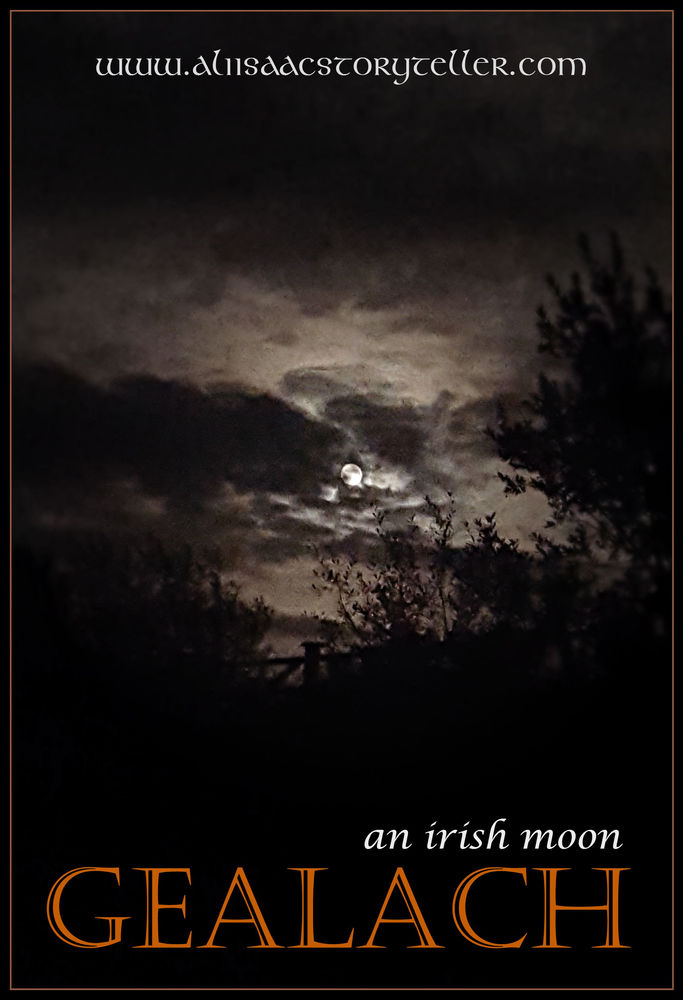 The Irish word for moon is gealach. Our Irish ancestors didn’t seem to have a dedicated god or goddess of the moon, as most other cultures did, but there are some who have been tentatively associated with it, such as Aine, Goddess of love, cattle and...

This entry was so fun and enlightening.

Thanks for the research and all the interesting pieces of lunar lore, @MeganB!

I don’t know why Irish folklore isn’t more popular. But the transcriptions at Dúchas are super useful!

Thank you! This is very interesting to me! To have Irish ancestors, it means a lot to learn something about them!

Thanks for the information.

My favorite part was when you mentioned the pig sees the new moon on the first night.
Hah that’s great.

It is a little odd @Amethyst but then again, deities in Irish folklore are complicated and very complex. It wouldn’t surprise me if more than one deity was associated with the moon in a region-specific way.

Thanks for sharing that little article @IrisW

Elatha is mentioned there as possibly being connected to the moon, which is the same God I mentioned as well. It’s interesting that they mentioned Áine as being connected to the moon as I haven’t seen that association before. As far as I’ve read, she is heavily connected with the sun and the light half of the yar. I’ll have to look into it some more! The two other deities they mentioned, Epona and Rhiannon, are actually Gaulish and Welsh, respectively. Still interesting, though!

Thanks again for sharing

@Francisco I have a feeling it’s not very popular because it’s drowned out by New Age “Celtiic” spirituality and lumped all together with the Celtic language nations. Or it could be that Irish folklore and mythology is complicated and can be hard to understand. Who knows?

I’m happy you enjoyed it @christina4

That is a funny little story @colin

I wish I knew where it came from or that more context was provided! I’d love to dig into that folklore some more.

Epona is listed in my Witta book as one of the many goddesses worshipped by both Irish and Scottish pagans, but the Irish tend to refer to her as Mare, the bringer of dreams (and origin of nightmare I believe).

This is very interesting to explore- it seems like the Moon has a special role mostly independent of deities in Irish Folklore. I especially enjoyed the weather lore

Thanks so much for sharing your findings and your wisdom, @MeganB!

Interesting @IrisW I’ll have to look it up. I can’t find reference to either deity in any of my Irish books. It’s a puzzle!

Yeah, I’ve always heard that one too @TheTravelWitch

We always said this little chant when we were kids

Star light, star bright,
First star I see tonight.
I wish I may, I wish I might,
Have the wish I wish tonight!

Gosh I haven’t heard that chant in years ! Looking back now, that was probably the first “spell” chant I casted- making wishes on stars

Thanks for bringing back some good memories, Megan!