Transmigration of the Soul in Irish Folklore

I’ll be honest, I have no idea where my beliefs lie in terms of past lives and reincarnation. I used to believe that yes, we are reincarnated after death, that we can choose to either stay as a spirit and act as a guide or come back to the physical world for more lessons. Honestly though, I’m not sure I believe that anymore. It isn’t something I’ve ever given much thought to but I guess I will try to flesh out some of my beliefs about past lives here in this post.

I did a past life meditation which didn’t yield any results (other than getting cold because of my air conditioner and falling half-asleep!). I had the opportunity one time to get a past life regression reading, but that opportunity fell through. Maybe I’ll see if my friend can do that for me if we ever get the chance again. Anyway, I wanted to look into the idea of reincarnation but also see what the belief is in Irish folklore regarding the afterlife, if there even is one!

Reincarnation is defined as, “the philosophical or religious concept that the non-physical essence of a living being begins a new life in a different physical form or body after biological death…In most beliefs involving reincarnation, the soul is seen as immortal and the only thing that becomes perishable is the body. Upon death, the soul becomes transmigrated into a new infant (or animal) to live again. The term transmigration means passing of soul from one body to another after-death.” (Wikipedia).

What is interesting to me is that the discussion of reincarnation makes an appearance in the philosophical teachings of India, but there are also sources that say the Pre-Socratic Greeks discussed reincarnation. There is also the idea that Diodorus Siculus thought the druids might have been influenced by the teachings of Pythagoras, also teaching a doctrine of reincarnation. 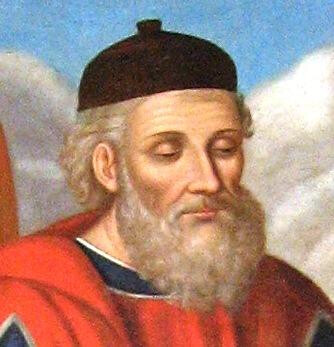 Prior to writing this, I didn’t know that there was writing that said the druids of Gaul, Britain, and Ireland taught reincarnation, or transmigration of the soul. According to the writing of Julius Caesar, "The principal point of their doctrine is that the soul does not die and that after death it passes from one body into another… the main object of all education is, in their opinion, to imbue their scholars with a firm belief in the indestructibility of the human soul, which, according to their belief, merely passes at death from one tenement to another; for by such doctrine alone, they say, which robs death of all its terrors, can the highest form of human courage be developed." 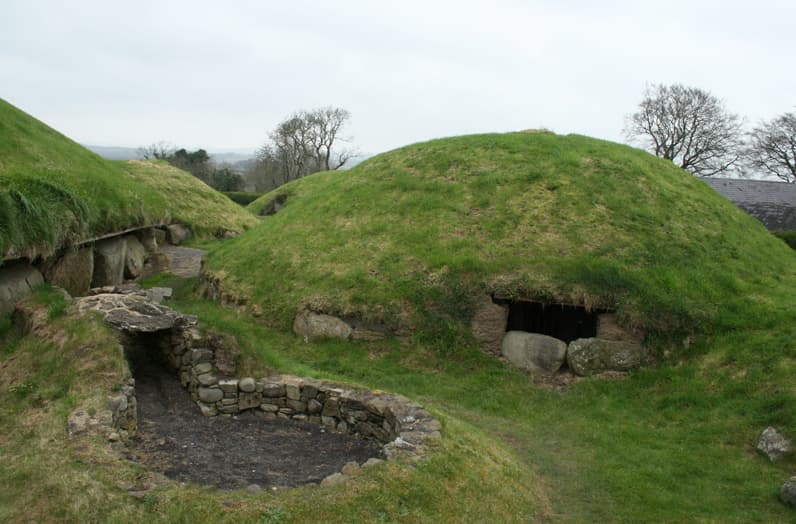 There is also the thought that any talk of reincarnation in Irish tales was reserved for Gods and Heroes. In “The Religion of the Ancient Celts” by J.A. MacCulloch, we read the following:

"In Irish sagas, rebirth is asserted only of divinities or heroes, and, probably because this belief was obnoxious to Christian scribes, while some MSS tell of it in the case of certain heroic personages, in others these same heroes are said to have been born naturally. There is no textual evidence that it was attributed to ordinary mortals, and it is possible that, if classical observers did not misunderstand the Celtic doctrine of the future life, their references to rebirth may be based on mythical tales regarding gods or heroes. We shall study these tales as they are found in Irish texts.

In the mythological cycle, as has been seen, Etain, in insect form, fell into a cup of wine. She was swallowed by Etar, and in due time was reborn as a child, who was eventually married by Eochaid Airem, but recognized and carried off by her divine spouse Mider. Etain, however, had quite forgotten her former existence as a goddess.

In one version of Cúchulainn’s birth story Dechtire and her women fly away as birds, but are discovered at last by her brother Conchobar in a strange house, where Dechtire gives birth to a child, of whom the god Lug is apparently the father. In another version the birds are not Dechtire and her women, for she accompanies Conchobar as his charioteer. They arrive at the house, the mistress of which gives birth to a child, which Dechtire brings up. It dies, and on her return from the burial Dechtire swallows a small animal when drinking. Lug appears to her by night, and tells her that he was the child, and that now she was with child by him (i.e. he was the animal swallowed by her). When he was born he would be called Setanta, who was later named Cúchulainn. Cúchulainn, in this version, is thus a rebirth of Lug, as well as his father." Source

Anyway, I guess I just have more thinking to do on the subject, more meditation and reading. It would make sense to me if there was an afterlife, or at least something that happens after our physical bodies die. It would really add context to why I am not particularly afraid of death nor do I view death as an ending. I’ve got an unusual view on that, I suppose. When someone in my family passes, yes, I’m sad. However, it isn’t a sadness that they’re gone, per se. It’s more of a sadness for myself that I won’t have them physically in my life anymore.

I’ll definitely keep experimenting with the past life readings and meditations and see what happens. I think I’m also going to talk to some of my Irish friends and see if they can point me in more directions for good sources on an afterlife in Irish mythology!

The first part of this comes from a video with Neil deGrasse Tyson. https://youtu.be/lM_HPAXwJFw

Imagine a two dimensional space, like a piece of paper, with a two dimensional ant on it. If we pass a three dimensional object through this space, say a sphere, the first thing the ant will see is a point. Then, as the sphere passes through, the ant sees a circle that gets wider and wider, then smaller and smaller until it becomes a point again, and finally disappears.

The idea here is that other dimensions may well exist without our being fully aware of them. Watching the video will make this clearer.

Now for my twist. Imagine instead of a sphere passing through, we pass a truncated cone, closed on the narrow end, made out of wax covered celluloid - in otherwords, a paper cup. The ant would see the circle of the bottom of the cup because that is all that is visible in two dimensions. Now imagine that water comes and over time rots the circle away until it disappears completely from the two dimensional space.

What happens to the rest of the cup, the part that exists in higher dimensions? Does it disappear?

Humans are already multi-dimensional beings. If string theory is correct, and there are more than four dimensions, why would those dimensions apply only to stars, planets and galaxies? Wouldn’t some part of ourselves also be expressed in those extra dimensions? Might that part survive?

For the super-scientific minds out there who scoff at such things, tell me where consciousness comes from. Go ahead. I’ll wait. Science is just a craft with different rituals.

Beautifully written as always, @MeganB- thank you so much for sharing your exploration of past lives!

That’s really interesting what you found about what Julius said:

a firm belief in the indestructibility of the human soul

This reminds me of that principle that says that energy is indestructible- if spirit is indeed energy, then it would be, according to this theory, impossible to destroy- meaning that life energy would need to move on somewhere after death, rather than just vanish. Either as another life form or to another place.

This is really interesting stuff and some of my favorite- I love when science, various religion, and different spiritualities all come together to question and suggest answers to such deep things

Thanks again for sharing- this was both an enjoyable and insightful read!

For the super-scientific minds out there who scoff at such things, tell me where consciousness comes from.

Thanks for sharing about string theory, @Undomeher! I’ve heard it mentioned a lot, but I can’t say I’ve quite got my head wrapped around it yet. I do love the study about consciousness and find it fascinating that current science isn’t able to give concrete answers about what conscious is or even where, exactly it exists (in the mind? somewhere in the body? around us? Somewhere else?). I think it leaves a lot of room for magick and spiritual beliefs to step in! Really interesting stuff!