Merry meet to all! Thanks again to everyone who joined in for last week’s Weekly Witchy Challenge - Powerful Protection

With strong defenses in place, now is a great time to sit back and look back upon how far we’ve come in witchy history. The idea for this week’s challenge was suggested by the insightful @Siofra_Strega and is… [History of Magick Spells8 Challenge]

The History of Magick

Many of us are familiar with modern stereo…

I decided to make my challenge on the history of crystal healing (surprised? Lol)

The History of Crystal Healing

The history of crystal healing is tied to Ancient Egypt and Mesopotamia, India, An isn’t Greece and Ancient Rome.

Ancient Egyptians mines for crystals and used them to make jewelry. Crystals or gemstones we’re also used for their metaphysical properties. The Egyptians would use crystals as aids for health and protection. They’d often bury their loved ones with a lapis lazuli scarab with the belief that it would protect them in the afterlife.

The for historical documentation of crystals originated from the Ancient Sumerians ( c. 4500-2000BC). The Sumerians used crystals in their magical formulas.

Writings date back to 400BC makes observations about the different properties (powers) that crystals emitted. If a negative incident occurred, a specific stone would be used to try and counteract that negative effect. This was done with amulets or talismans with specific stones. Amulets were used to ensure the well being of an individual.

The amulets, decoration, inscription, color, material or ritual performed with the amulet dictated it’s power. The Egyptians used the amulets to benefit the afterlife, usually representing an Egyptian deity and their specific powers

The Ancient Greeks assigned different properties to crystals. The word ‘crystal’ is derived from the Greek word “krystallos” which translates to “ice”. Ancient Greeks believed clear quartz was water that had frozen to the point where it would remain in its solid form.

The Hopi Native Americans of Arizona use quartz crystals to assist in diagnosing illnesses. In Europe, the belief in the being powers of crystals (and with certain crystal amulets) persisted into the Middle Ages. The alleged medicinal properties as precious stone, as well as other powers they were believed to hold, we’re collected in texts called lapidaries, which remained popular in Midieval and early modern Europe until the 17th century.

Different stones were believed to hold different properties in different cultures. In Egypt, rose quartz was believed to prevent aging, while the Romans used it as a seal to signify ownership. While in the Middle Ages it was used in healing potions. Today rose quartz is known as the 'love stone’s and is used to balance emotions, heal anger and disappointment.

Native American culture and crystal healing have been passed down through many generations verbally, because of this many traditions and secrets have been lost due to the extinction of many indigenous languages. Two important principals in native cultures in crystal healing are meditation and respect. 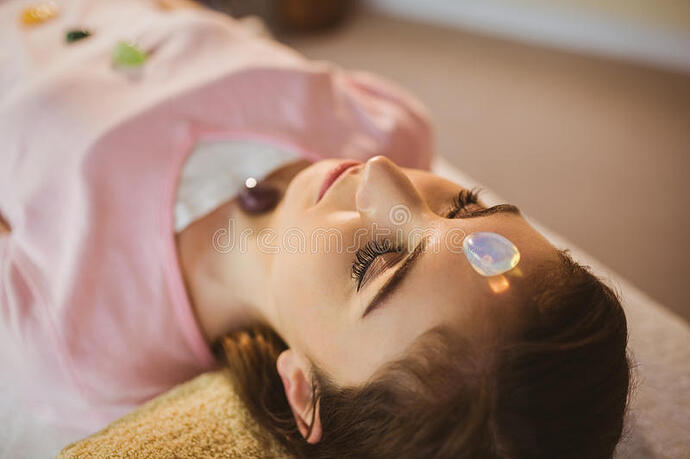 There ya have it, my history of crystal healing.

Crystal healing is a pseudoscientific alternative-medicine practice that uses semiprecious stones and crystals such as quartz, agate, amethyst or opal. Adherents of the practice claim that these have healing powers, but there is no scientific basis for this claim. Practitioners of crystal healing believe they can boost low energy, prevent bad energy, release blocked energy, and transform a body's aura. In one method, the practitioner places crystals on different parts of the body, often corres...

This is so up your alley

Thanks for sharing it all! I’m not a big crystal fan but I do have a few stones I enjoy holding.

Very cool! Thanks for sharing! You did a great job!

The History of Crystal Healing

I had a feeling this is the path you’d choose- it’s a perfect area for you to explore, Christina!

Thanks for digging in and sharing your beautiful crystal wisdom

Why, thank you so much! …Curtsey*

I think everyone knew

Really, you did a great job. I’ve learned so much this week, it was a good challenge.

Thanks for this. I know almost nothing about crystals, so I’ve got some research to do. Fortunately a new crystal shop just opened in our town and she is going to be giving classes so that should be good place to start for me.

No problem!! If you have any questions please don’t hesitate!!! I also did posts on specific crystals on this site like black obsidian, Moldavite, rose quartz, clear quartz, smoky quartz, amazonite, Aventurine, Pyrite, And a whole lot more.

Nice, I’ll have a look for them @christina4