Today, I am embracing and focusing on the the element of earth. (Thank you @Siofra_Strega for sharing Root Chakra information in the witchy wisdom thread.)
I am practicing yoga with a focus on my root chakra and carrying crystals in my pockets (closest to my root chakra). I have a bloodstone worry stone to carry (and perhaps red jasper, garnet, or Smokey quartz).
Also, the last few days I have started the practice of taking off my shoes and walking barefoot in the grass. This is a simple way to ground in earth anywhere you are. 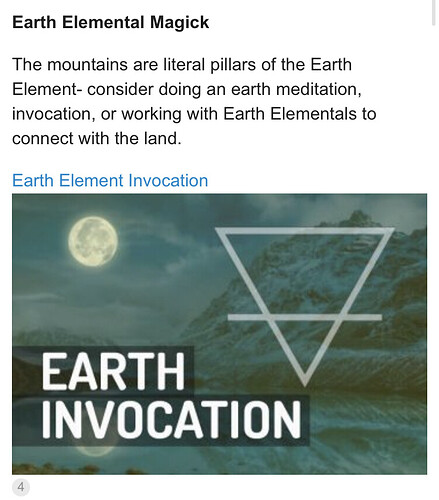 We can find garnets in the hills around our town. We even have an area called Garnet Hill that anyone can visit. We have a special spot to dig garnets. Maybe I should should go there this weekend? 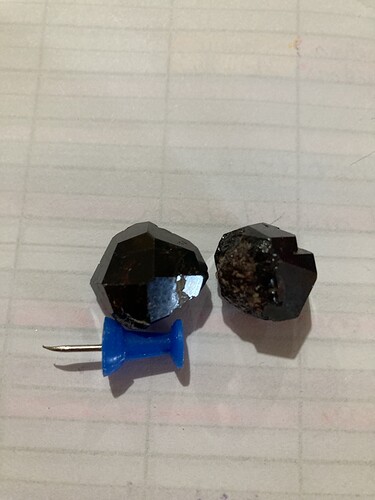 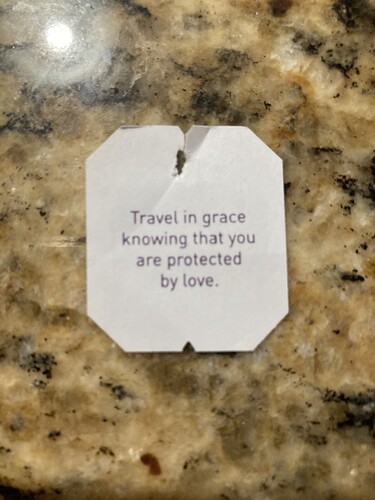 Beautiful pictures @crystal5
Beautiful sunset… Is that a Cedar tree? And snow on the mountians! I love your mountains!
Love always

That is a beautiful sunset @Amaris_Bane

It was! We don’t get them often but I always try to snag a picture when we do. This one had the right amount of cloud coverage (maybe smog? it is Houston

) to see the sun in the sunset.

Hello from Florida! I used to live in Cold Springs, NV, close to Reno up in the mountains. It was always such a gorgeous view when I lived there! I love the images you shared, thank you

started the practice of taking off my shoes and walking barefoot in the grass.

there are too many fire ants!

I’ll have to see if I can find pictures, at least of the view!

So, i went for a trip to Mt Olympus, it was amazing and the tour guide was awesome and knowledgeable, and had a great time! Until I find the time to write down everything properly here is a sneak peak 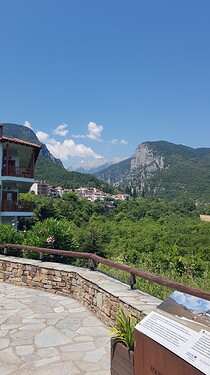 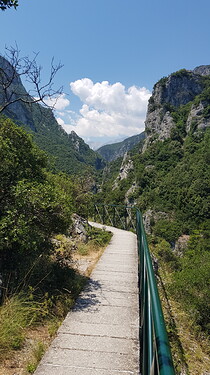 I love the mountains! The first time I ever saw mountains was 3 years ago when I went to Denver to see my daughter. She has a view of the mountains from her kitchen window. I wouldn’t mind washing dishes with that kind of scenery!

That view is amazing!! 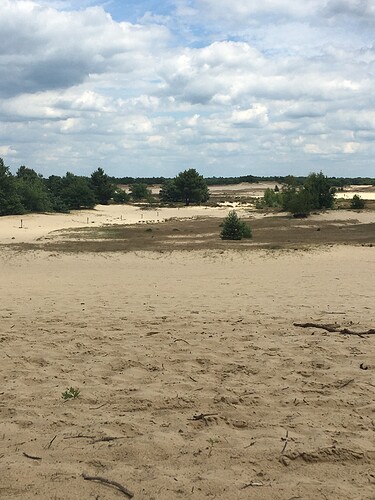 It s the closest thing here we have to a mountain.
I went on my bike, and made this an outing with myself. It was a lovely day, not too hot, but the sun was still shining. I started with a cup of coffee at a terrace 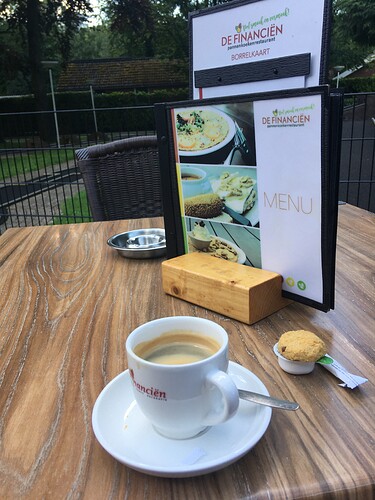 IMG_25893024×4032 2.91 MB
It was the first time I went to this place on my own, and I had another entrance, so I didn’t really know where exactly to go.
I asked the gnomes to show me the way. And they did! Every time I came at a crossroad and didn’t know which way to take , I thought about a gnome and I saw one in my minds eye running before me taking a side. It was a gnome with a white hat. I walked through the woods for quite a long time. It was peaceful , quite and magical. I let myself be guided, and this alone makes everything magical. I was alone most of the time, didn’t encounter anyone else.
One time I stood at a crossroad I stood still and a lilac butterfly was flying in circles around me. Another time a pine one just fell out of the sky before my feet. I saw the sun shining through the leaves and everything felt very much alive. 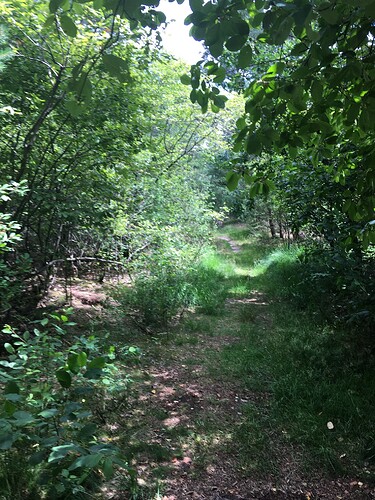 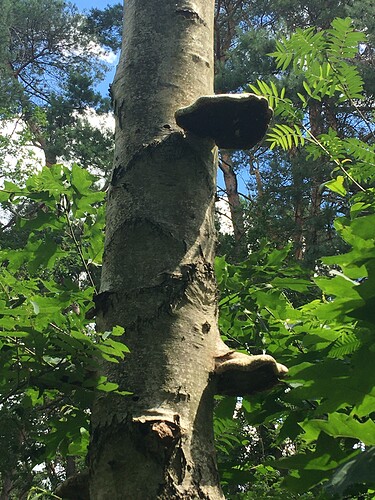 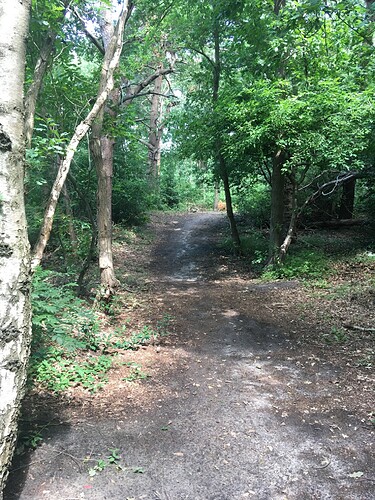 So after a long walk I came at the place I wanted to be. 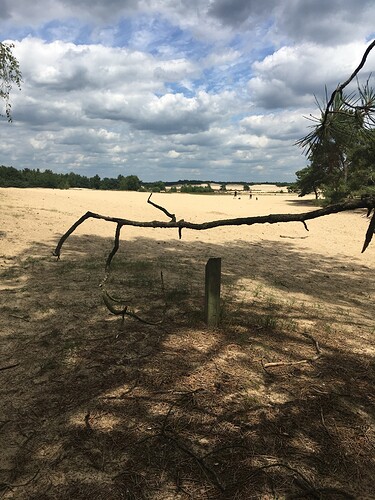 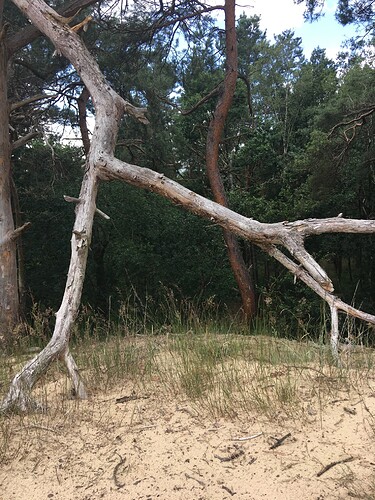 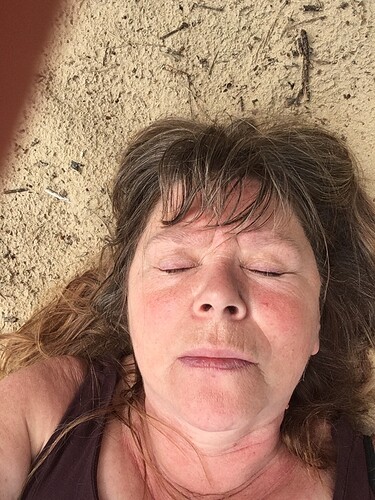 IMG_2622960×1280 565 KB
I laid myself down on the sand. And focused myself on every part of my body connecting with the earth.
Then I visualized roots going down from every connection point. I started with the back of my head. I saw the roots immediately they were silver blue. But they didn’t want to go down straight ahead, the wanted to go down in my body first. I didn’t want that. I wanted a direct line to the earth straight from my head so my mind could have a straight grounding. I asked the gnomes again to help me, and they did. The opened a channel for me, it also was silverish blue. I imagined my roots into the earth.
The second connection was the back of my heart. The roots were golden. It was easier to go down from my heart but I also felt a little fear doing it. But there was also reassurance. That it was safe to do it. I went down with my golden roots and landed in an underground lake, source, azur blue, with mermaids and they invited me to go under.
The next connection was at the height of my kidneys. The roots were silver white, there were fishes, also mermaids, and water.
The next connection was at my legs. The roots were copper bronze and I felt them well. There was a strong connection, energy was flowing. I knew I had a strong earth connection, this has been different in the past!
The last connection was at my heels , my feet.
I saw a dragon’s tale swirling in a spiral, yellow, golden, brown. It was a very strong feeling.
There were lots of dragons. I didn’t see them but felt them, and it was a very welcoming, protective and safe feeling.

I have laid there for another few moments, feeling the ground underneath me, and then wrote down everything in my notebook which I brought with me.

Lots of butterflies on the way back, and also a lot more people. I was again guided, but it was a much shorter way. And I came back at exactly the same point I started. 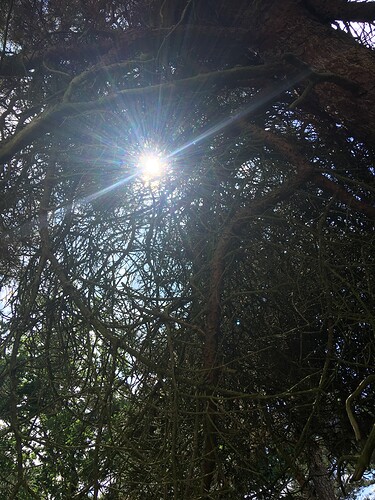 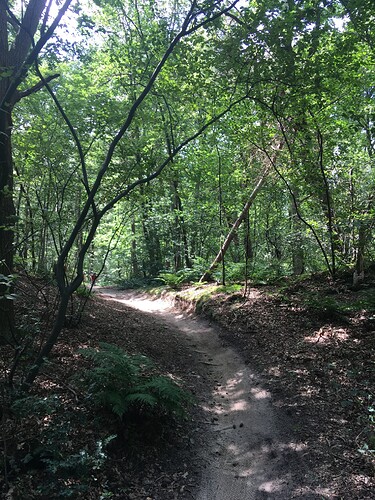 I think it is a juniper. I admire that it is growing into the rock!

So, I live on Cape Cod, literally an island off of Massachisetts connected by 2 bridges to the mainland.

But! I do have a rock driveway, a yard, my neighbor’s yard to be around a lot. So all day yesterday, I was barefoot. In the house, outside, wherever I went. But the land & my natural rock driveway, is where I felt the most comfortable.

Another thing my husband contributed is, what he called the view from his mountains at work. It was a gorgeous view coming over the mounds & he said that he would take me there one day to see the sunset. 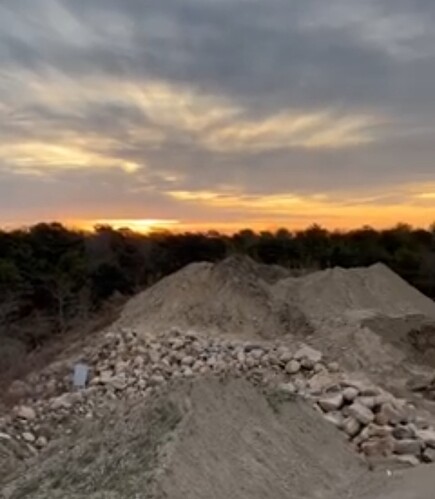 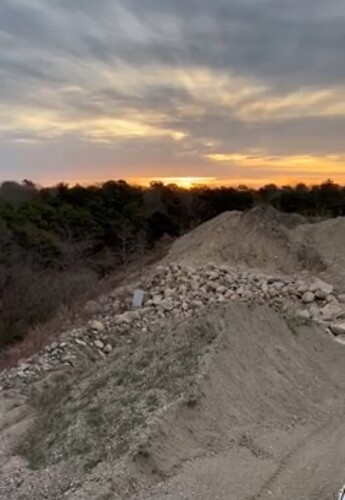 So, i went for a trip to Mt Olympus, it was amazing and the tour guide was awesome and knowledgeable, and had a great time! Until I find the time to write down everything properly here is a sneak peak

I went on my bike, and made this an outing with myself.

It looks like a fun and peaceful outing @martje with beautiful pictures. And may the gnomes always be with you…

But the land & my natural rock driveway, is where I felt the most comfortable.

Sounds like a lovely day @Siofra_Strega I can spend all day in my yard, sometimes barefoot. Thank your husband for sharing his beautiful ‘mountain’ sunset pictures.

It was fun being back & forth & feeling the differences in the textures of the land throughout part of the neighborhood.

@stavroula that is a gorgeous picture of Mt Olympus. I don’t think I have been to that one yet. I have been through the badlands, but that’s the opposite of a mountain

those are canyons I believe, but amazing natural structures nonetheless.

@martje those are gorgeous scenery pictures to connect with the land. I loved them all! Thank you for sharing!

I am trying to be in & out today, so if anyone needs anything, I will get to you as soon as I return if it’s been a hle

I don’t live anywhere near mountains, so I decided to do some earth magic.

On Thursday, my husband’s work truck broke down on an old dirt country road. When he stepped out of his truck he looked down and there was a big piece of petrified wood in the road (literally on the land beneath his feet). So, he brought it home to me! I decided to do some research on petrified wood.

Petrified wood forms when fallen trees get washed down a river and buried under layers of mud, ash from volcanoes and other materials. Sealed beneath this muck deprives the rotting wood from oxygen and oxygen is the necessary ingredient for decay.

Petrified wood is believed to retain memory and are used to help access those buried within you.

Place a piece of petrified wood in a charm bag and wear it around your neck when you are sleeping for information to appear in your dreams.

I’m just going to place mine under my pillow. I will let everyone know how that turns out!

That’s a great entry @Ostara, I’m currently trying to find some kind of driftwood or petrified wood too. Maybe even a hag stone or sea glass if I’m lucky. I just have to get to the beach for those. I am going to have to see where the easiest place around here for me to get some would be, I would love to try the spell you offered too!