Worship with Odin and Loki

Can someone with experience in Norse Pantheon worship help me?

I often ask for Odin’s help during my divination sessions with runes and pendulums, and I have found that I have never “thanked” him properly, except with a few prayers and little more. Does anyone know what kind of offerings I can present to thank you for helping me? Or any other ideas?

Same with Loki. I hardly find any information about him and he was not a god much worshiped by the Nordics, but I would like to add him to my altar too.

If someone could help me I would be very grateful!

I don’t worship them myself but I have friends who do - I can find out more if you have the need but here’s a couple of links that could tie you over:

This post is the first of many in which I will be detailing the offerings that I give to the deities and spirits with whom I’ve built strong relationships over the years. December 2017 will m…

There could be some on Spells8 I need to search… It’s called Asatro when you worship the Norse gods so that could help in your studies as well. Loki isn’t typically one of the key Norse gods but holds a place in their pantheon for sure.

@SpanishWitchy personally I do not work with the Norse Pantheon, BUT!!! My oldest son does… primarily Odin, but he has mentioned Loki to me… when he is home from work I will ask him for some reading or information I can pass along to you.

He has the “World Tree” on a blanket with Ravens & the border of the blanket is the Algiz rune… it looks really cool to me, but it’s his favorite blanket too. He said he feels like he’s laying with a physical layer of protection… anyway… sidetrack… I will see if he has anything to offer for you when I see him. He likes talking to me about this stuff.

Asatru &/or Heathenry would be something to look into as @jan_TheGreenWitch mentioned. I would look into her link also, there may be more there. I know my son has information on both of those too. He was figuring out where he wanted to go after learning & working with the Norse. He mostly reads books though & then practices… so I’m not sure if he has websites or anything. I will see what I can find out & get back to you

@jan_TheGreenWitch Thank you, I will check those links,

@Siofra_Strega I would like to see that blanket! Thank you and thanks to your son for helping me. I really appreciate that

I don’t personally work with the Norse pantheon but I know a few people that do. I’ll drop some YouTube videos and info I have for you that might help 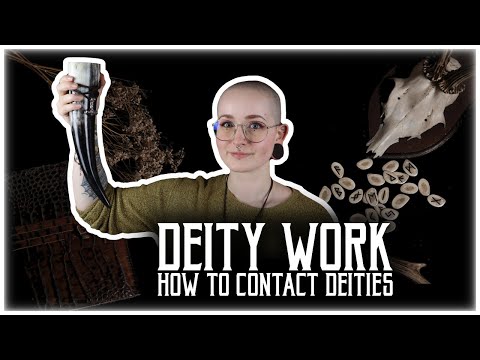 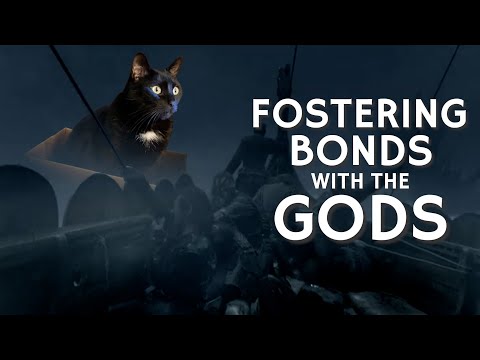 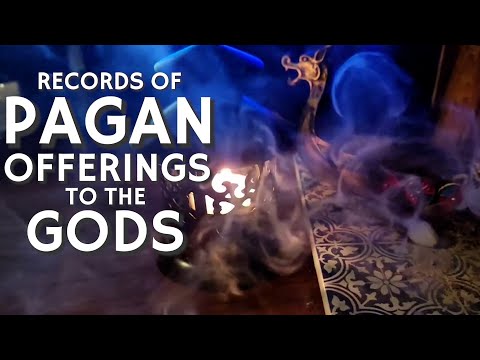 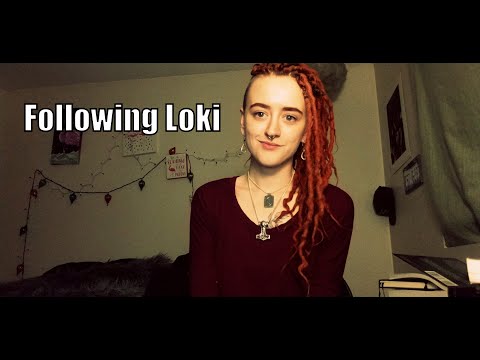 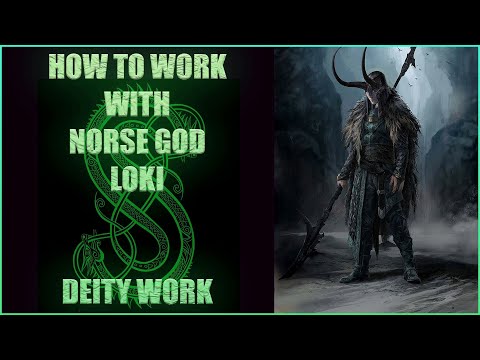 @SpanishWitchy he actually had to do something with his car

then went to work but has tomorrow off. So when he is home

& also get the names of any books

or resources he has… I know Odin

is his Patron deity but does minor work with the others.

Also, I will send him the links to the ones @MeganB shared… can’t hurt to learn more or reinforce what he knows right? I’m continually reading & learning about Celtic

culture, traditions, spirituality, deities… all of it really

So it actually threw me off when he said Norse when we were talking about it & that he was also researching Vikings. So we have watched a few things that surround both.

There is a show called Expedition Unknown with Josh Gates & one of the series was about Vikings, the Norse, & Leif Erickson being off of Martha’s Vineyard. There is a rock

that in Elder Futhark says “Leif Erickson was here” ( or the equivalent of that) & the year carved into it… currently, it’s underwater from just erosion & ocean

changes & geographical changes… but they found it & have a picture of it. I will try to find the series of episodes about that discovery because it was about the Norse & Vikings possibly coming to the state of MA & Boston, MA & RI… but actually made it to this bow small wildlife sanctuary/protected island off of Martha’s Vineyard.

Hello,
I respect and worship the Nordic pantheon, but am, by no means, an “expert” if such a thing actually exists.

From my understanding of Odinn, sarcastically named 'The Mad" one, his is a personal sacrifice I believe. His ravens, Huginn (The Thought) and Muninn (The Memory) comprise the most essential elements of individual consciousness, as he is known to be a true seeker of higher wisdom and knowledge. So, just like attaining ‘true wisdom’ (as all the alchemists and Gnostics seek to do) requires valid thought and memory, Odinn needs and respects his ravens. It’s this wisdom search that supposedly led him to sacrifice his eye and hang from a tree to obtain Frigg’s Rune wisdom.

For me, I would consider gifts for his ravens, sharing with him information you’ve learned about life’s mysteries, ‘battling’ (not necessarily physically) the good, moral fight, and, even communicating with him daily - either through thought or other means - about all the above.

I believe, and I may be wrong here, that for most ‘deities’ the important thing is the personal relationship rather than gifts, etc. In other words, as you would with any potential physical friend, sharing yourself while learning about them is, maybe, more important than any physical offerings. Then, perhaps, once you’ve gotten to ‘know’ them to the level that’s possible, the offerings come easily. Not to mention how emotionally cathartic the process can be!

One warning: It is rumored that those that worship Odinn may come to tragic and early ends. I believe that this has nothing to do with Odinn. Rather, if there’s any credence to that rumor (which is very unlikely as it is a rumor), it’s because the stories of Valhalla, Odinn and Viking lore attracts and stimulates those more likely to engage in unsafe and potentially dangerous activities to ‘impress’ Odinn.

Here’s the thing - If Odinn is a god who intentionally sought wisdom (which he is as evidenced by the rhetorical sacrifice of his physical eye for a cosmic one), it would follow that, although he values bravery, reckless endangerment of self and others would absolutely NOT impress him. Quite the opposite, in fact.

One note on Loki - as you know, he is the ‘trickster,’ the one who cannot be trusted. Maybe, consider why you want to add him, then use the same ‘personal worship’ method mentioned above to figure out what makes him (and those like him) tick. Consider starting with a known token he coveted, like a necklace, as he is the openly passive-aggressive, anti-social discord sower.

My relationship with these elements or deities, even as aspects of my own character, is an active work in progress. I don’t know if any of this resonates with you, but I hope it helps, even if only in helping you decide what ‘not to do’!

Mead! I think that is always a good offering for any Norse deity.

Mead is @Sarall! Actually, my son bought a bottle of “Viking” “Norse” mead just for that reason. I’m just going to his room to take the picture & see if I can find the books. He has been at work, but I’ll let him know I’m going to take a picture of the blanket & books today.

Viking Norse Mead! Wow I need to look for that. You know I am a viking descendant from that shield maiden they found buried with all those cool warrior weapons. They thought she was a man for about a decade because of the items she was buried with

We visited the natural history museum a couple years ago when the viking exhibit was here. It was really cool, they had a long ship, swords and axes, all kinds of things. Even a sewing needle made from a bone.

Viking women were free to do as they pleased and were protected. Their women had more rights and freedoms than anyone during that time period on our planet. I’m still learning about the Norse. I feel very connected and I feel like I understand myself by finding out about my viking roots.

That’s really cool & awesome that you feel that way! That’s exactly how I feel about Celtic Culture & Spirituality/Paganism!

My family roots are well engrained into the Celtic culture & lands, predominantly Ireland & the areas associated with Brighid & the Morrigan actually. That was a fun little tidbit I found out when I looked at the ancestry map

I’m so happy for you! Yeah, I have to get down there

Hi! I’m back @Medea @Sarall, I survived getting the blanket & a picture. The books… I forgot how messy boys in their 20s can be sometimes when they wake up late 2 days in a row

So I will have to wait for him to get them & bring them up to me. Or I’d have to have a trail of bread crumbs & a search party later today 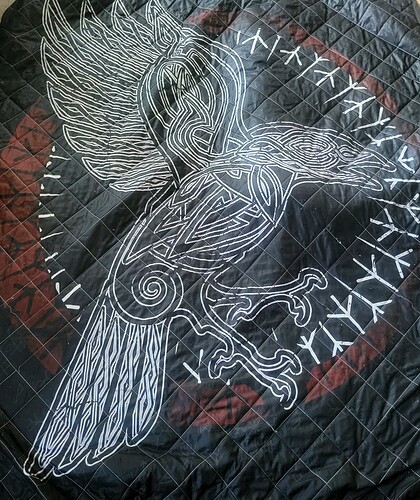 So when I asked my son about taking a picture he also said the Raven is a sign of Odin & representative of all seeing, if you see 2 you are under protection by Odin.

I love the design on the quilt, it’s awesome!

As soon as I saw it I recognized the rune but it took me a second to follow the lines to see the Raven. Which is also associated with the Morrigan & was like… of course, there’s a Raven on it too. I never noticed it before today.

So I asked him the significance of the Raven in the center & he told me. I was like… what do you think is going on in the basement that you need to be protected from

That blanket is even more amazing than I had imagined!!! WOW! Cool way to get cozy

He loves that blanket. I really like it too!

If we are watching movies upstairs he will bring it up to lay under. Meanwhile, we have oodles of blankets upstairs, some King size so like 3 -4 (including the dog

He is a great man & has no problem talking to me about his pantheon & the things that are associated with the Norse.

I can’t remember where we got it, but it has symbols on it. Obviously, he doesn’t use it, but he has it hanging in his room with the sheath on it.

It sounds like you and your son have a wonderful bond. I love my sons and I know how special they are. He is very lucky to have you as a mom too! Sooo cool to share some of the same interests!!

I would just wait for him to find the books though. It’s not worth losing you and a search party over

Seriously, once they hit a certain age, you’re better off having them find things for you from their rooms

LOL I totally agree!! How old was he when I began his journey with paganism and the norse?