Artemis/Diana - Goddess of the Wilderness 🦌

Artemis (as called by the ancient Greeks- the Romans called this Goddess by the name Diana) has been a recent fascination of mine since I relocated from the city out to the countryside. Artemis is a deity of the woods- she represents the dual nature of both the creatures of the forest and those that hunt them. She is a symbol of the cycle of life and death- the beauty and cruelty of the world. Like a wild animal, she can be kind and gracious to those under Her protection or devastingly destructive to those that cross Her path

Artemis/Diana is a defender of young women and also a protector of witches:

Song to Diana, Goddess of the Hunt & the Moon

With the passage of time, Diana became a major deity among pagan cults in Italy. Earth worshippers referred to her as the protector of witches, who invoked her powers seeing in her an immense source of light and energy.

In my process of learning about Artemis, I found a lovely video by one of my favorite artists Lindsey Stirling and couldn’t resist sharing it here.

Whether you have an interest in Artemis/Diana, are a fan of epic violin music, or just love a good song- I hope you enjoy this as much as I did! 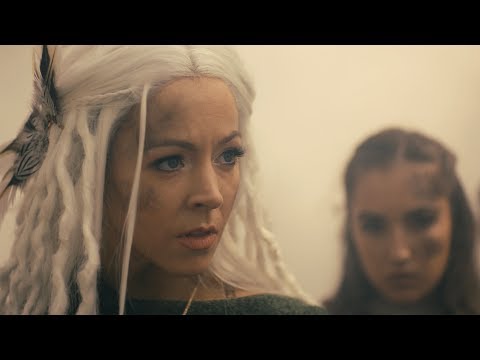 For those who want to learn about this fascinating Goddess, here are a few more resources on Artemis/Diana: By Artemis’ grace, may every shot you take strike true
For every fall you take, may you rise again anew
As hunter or prey, caught in the cycle of life-
By Her protection, may you live without strife

Very nice song. Thanks for sharing.

Thank you very much for this beautiful information

The video is phenomenal

I loved everything about it!!! I can send and play violin but not like that!!!

Phenomenal video my dear! Thanks for sharing it and the information!

I can send and play violin

That’s amazing that you can play the violin, Christina!

It was my instrument of choice in elementary school (after the recorder, everyone had to choose an intrustement to learn) but it was tough and I never mastered it

I had much more luck with piano!

Good for you for learning the violin- it’s a really beautiful insutrement to play!

In my early days, I used to whisper her name; Diana in the middle of the night, walking while looking the full moon.
Here’s a piece I bought a couple of months ago from a good friend and artist that he painted. Still looking for that special frame for it. Oh wow, that’s pretty! I hope you can find a good frame for it without paying an arm and a leg.

Wow @pedros10! I agree with Amethyst- what a stunning image of Diana

Your friend is very talented indeed! I’m sure you’ll find a special frame to honor the piece, or maybe you’d consider making your own customized frame (using a cardboard base and any pretty paper you have on hand)!