Did you know that animals can be positive symbols for wisdom, abundance and success? For this week’s Animal Weekly Witchy Challenge I decided to share the animal spiritual meanings of ten symbols I found reading the book: 365 Ways to Attract Good Luck by Richard Webster

I made a video of my favorite 10 lucky animals and added one extra animal at the end. There’s also a printable page below 🠗 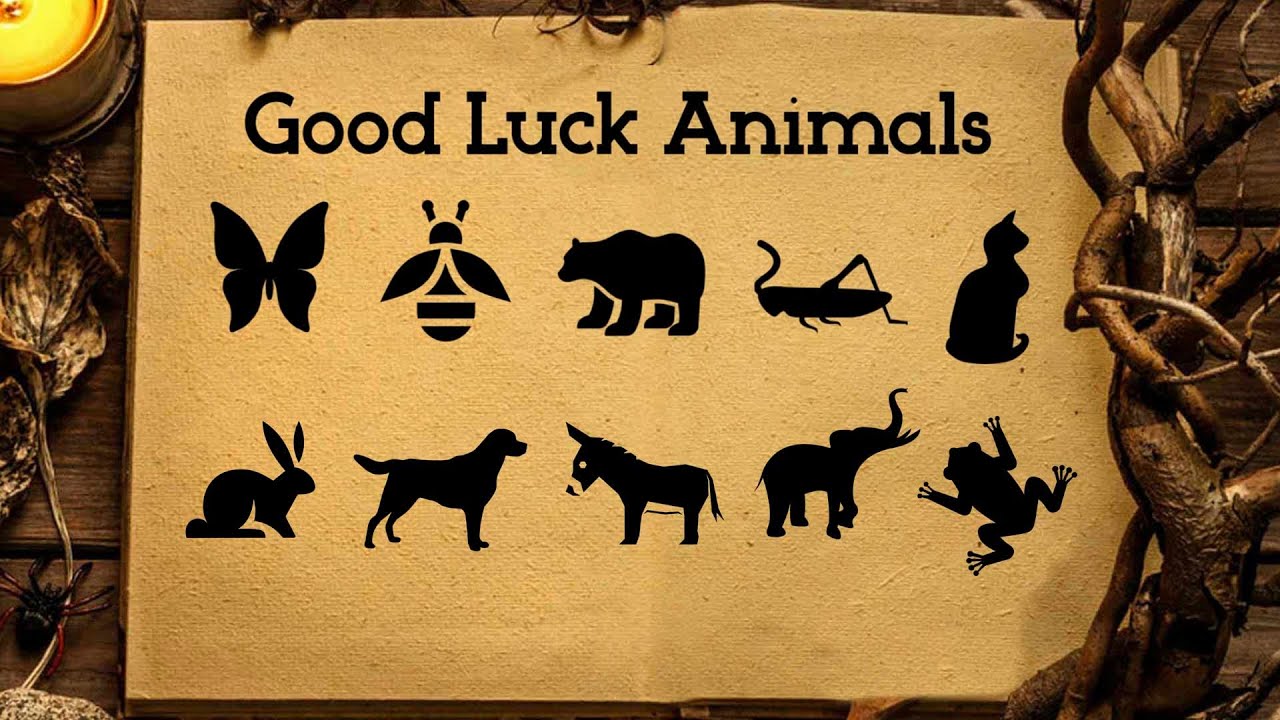 Add this page to your Book of Shadows! Find the meanings of these lucky animals below: In Japan, frogs are a symbol of good luck. They also represent transformation, as they change from tadpoles into frogs. The story of the frog prince also shows this as the frog is transformed back into a prince. Frogs also symbolize abundance, because of the large number of eggs they lay. They are also reputed to protect young children.

It’s a sign of good luck if a frog comes into your garden. If you make a wish when you see your first frog in spring, it will come true. The butterfly is a symbol of transformation, reincarnation, immortality, and the soul. Good luck is on its way if you see three butterflies fluttering together. In China, a butterfly is a sign of good luck in love. The cat is a symbol of independence. Cats have been considered signs of both good and bad luck. Cats were worshiped in ancient Egypt, as they symbolized Bast, the protector goddess. Cats gradually developed a bad reputation as they could see in the dark, when evil spirits were around. People believed witches could transform themselves into black cats.

King Charles I had a black cat, and when it died he said his luck was gone. One day later he was arrested. Nowadays, it’s a sign of good luck for a stray black cat to walk into your home. It’s good luck to go for a walk and find a cat on your right side. It’s good luck for your finances if this cat crosses your path and continues to the left. The bear is considered lucky because it is able to survive the long winter months by hibernating. In Norse mythology, Odin as well as Thor often take on the appearance of bears as disguise.

Bears symbolize wisdom, strength and healing that bring balance to the seen and the unseen world. As female bears are good mothers, bears symbolize good luck in home and family matters. Bees are considered messengers of good luck. If a bee enters your home, it’s a sign that good luck is coming your way. If possible, allow the bee to find its own way out again.

If a bee lands on one of your hands, it’s a sign of money in the near future. If it lands on your head, it’s a sign that you have the potential to become famous.

Tradition says that when a beekeeper dies, the bees will attend the funeral. The dog symbolizes loyalty, friendship, and unconditional love. It’s also considered “man’s best friend.” It’s a sign that good luck is coming your way if you’re followed by a stray dog. It’s also a lucky sign if a dog walks into your home. If the dog is golden, your fortunes will increase. A white dog is a sign of romance, and a black dog provides protection. In the Christian tradition, the donkey is considered a lucky animal, as the dark hairs across its shoulders form the shape of a cross. People used to believe that these hairs appeared only after a donkey had carried Jesus Christ into Jerusalem.

Superstitious people used to pluck three of these hairs as they believed they were able to cure a variety of illnesses. Donkeys are also considered a symbol of patience and humility.

It is said that if a pregnant woman sees a donkey, her unborn child will grow up to be intelligent, well behaved, and lucky. Farmers sometimes keep donkeys with their cows to protect the luck of the herd. They are said to prevent accidents and premature births. Elephants are considered lucky because of their intelligence, strength, wisdom, loyalty, and longevity. They are also considered symbols of power and prosperity.

In India, Ganesh the elephant god removes obstacles and brings good luck. Because traditionally only the richest families owned elephants, they are seen as a symbol of fortune and wealth. Rabbits are considered lucky for many reasons. Rabbits are extremely fertile, and people used to believe their babies were born with their eyes open. Because of this, people thought rabbits could ward off the evil eye.

Rabbits dig holes into the earth, and in the past, people were scared of darkness and the underground. Rabbits are also extremely fast, thanks to their powerful rear legs.

Because of this, the rabbit’s foot became one of the most popular of all good luck charms.

Read more about animals and magick:

When I fly to Argentina this donkey (which you may have seen in the video behind me) always travels with my wife and I: Do you have any lucky charm animals?

Great bit of information and video @Francisco! I don’t have a lucky charm really but I do have a cat gargoyle on my computer I keep with me.

I hope he’s been protecting your computer

Not distracted chasing the mouse or anything like that…!

It’s amazing to see all the symbolism that animals represent- I learned a lot from this video! And I love your lucky donkey friend, he looks like Donkey from Shrek!

We still have rabbit decorations out from the spring holidays- I just may keep one or two around as a lucky symbol in the house!

Thanks so much for sharing your wisdom, Francisco

I have turtles as my lucky charm. I wear them on my bracelets & I have one next to my bed. There is one on my altar who has 2 friends coming to live with him soon.

I have my grandfather’s lucky rabbit foot. And this one’s a bit of a story…
I know they’re not animals but I gave each grandfather a lucky troll doll with the gem in the belly. They both collected trolls. Before each of them passed, they gave back my troll. It was like they knew that they were gonna go

so from that day on , I never gave anyone a troll doll.

I love your donkey!!!

Hee! No chasing the mouse, and I haven’t had too many problems with viruses so I guess he’s doing a good job!

I feel that animals are powerful entities that present themselves when we need them the most. I had a vision with a sea horse as my animal spirit. I do wear a small pendant as a symbol of protection.

I agree! When we are in distress, the first to know are our animals or pets. They always bring comfort and some of them are just as emotionally intelligent as we are (in their own way), like dolphins, elephants, pigs, etc.

Animals can be the best therapists!

Francisco, I watched this video yesterday and I appreciated it so much. When I finally embraced Wicca, something in me said save the spiders and bees and crickets in the homes I find them in and find new homes for them outside. Then I watched your video and now I understand why. The Goddess must have been preparing me for your video. Thank you!

Thank you so much, Benjamin!! I think insects can be very inspiring to watch, they are so strong and resourceful. Real Magic! 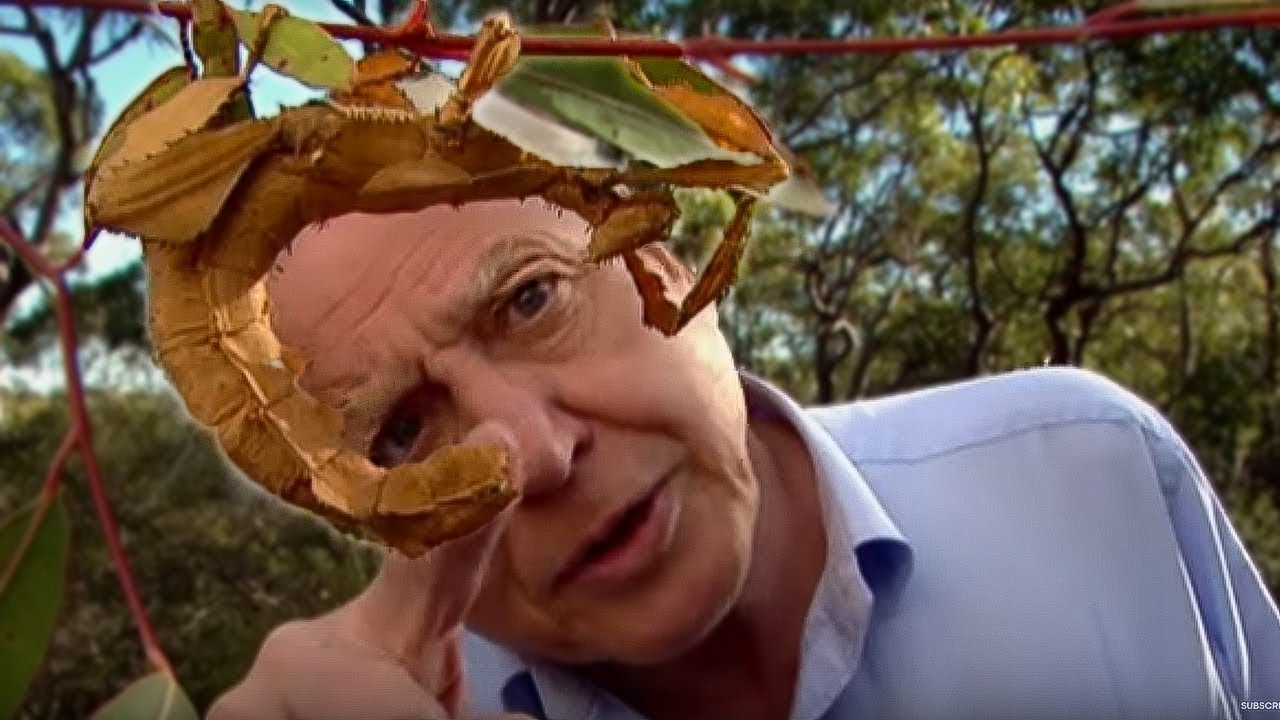