Help with a spell

Merry Meet!
I’m not sure if anyone can help me with my situation or not. My daughter has problems with being overly dramatic. She is 23 with four children under the age of eight. Although she has always been this way, her situation is worse because she has more adult issues to stress about.
Without going into much detail, her childhood was stressful with a overbearing stepmother. She married into a ready-made family of two children and has had two more children.
My question, is there a spell or procedure (for lack of a better word) to help her calm down. I’ve suggested breathing techniques, meditation, making lists of things to organize herself, or just plain stopping and taking a moment to pull herself together before she blows up.
It seems like everything is a catastrophe of epic proportions and with me being an empath it is very hard to deal with. I feel it whether she calls me or not. I worry more about the children than her. She’s going to end up having a household of blown up epic proportions.
Is there anyone that can help?
Blessed Be

More than a spell, my personal opinion is to go to a professional and receive therapy in order to; not only control, but to deal with her situation. She needs to be heal in that emotional part, a work around won’t solve the problem. She needs to deal with what is making her to trigger. In order to do so, she have to recognize that she’s having problem, and want to receive the help. On a witchy circumstance, to make shadow work, but I go by the first option.

Spells for other people, even with consent, are tricky.

I agree with @pedros10 that non-magical solutions may be more effective here. There is more than one thing going on.

The techniques that you mention can all be very useful, but are less effective with a kid screaming in your ear! She needs help, both with dealing with the kids and with learning to do it on her own. This is where an experienced mother (not necessarily you, just someone who Knows) would be a good role model for her.

Though in her place, I might declare that Everybody Under 18 Takes At Nap At 2pm (time to give mom a break, but not so late in the day to interfere with bed time). She might need some strategies to keep the kids busy.

That’s not what you asked for, I know. Sorry I couldn’t be more helpful.

I can’t help with a spell. I am sure all mothers wish for a spell to keep their children from pain… It is hard to watch our children struggle. But people learn from their mistakes. If she won’t take your advice, she may have to learn from experience. If it’s any consolation, in not too many years, she will be calling you to say you were right all along. I wouldn’t hold my breath waitng for that to happen now, though!

I know there is a big difference between being overly dramatic and having a mood disorder or trauma disorder. But dialectical behavior therapy is amazing. A certified DBT therapist typically leads a group for many weeks…like 20 or 26. The emphasis is on learning emotional regulation, distress tolerance, interpersonal effectivenes and mindfulness. But for any therapy to work, she would have to want to change and put in the work. Sometimes people have to hit rock bottom before they want to work hard enough to change.

You are a very loving mother to care so much for your daughter, she is blessed to have you!

From what you’ve written, your daughter seems to be cut from the same cloth as someone very dear to me. Although there were many attempts from loved ones to get her to calm down and learn how to think before acting, it became apparent over the years that change needed to come from within- no matter what I or others did, her emotions and behavior were in her own hands.

So I know first hand how difficult it is to watch someone you love constantly self destroy. And I understand your strong emotions in wanting to help them!

However, as others have mentioned, casting spells on others walk a tricky line with spellwork ethics- it depends largely on where you decide to draw the line. Rather than directly cast a spell on your daughter, have you considered giving her a magickal item- such as a talisman, amulet, or charm?

You could craft or enchant a piece of jewelry for her to carry with her. Depending on how you cast, you could choose properties of calm, anti-anxiety, mindfulness, etc. Tips and advice (as well as spells) for making magic items can be found in the previous Making Objects Magickal Challenge. 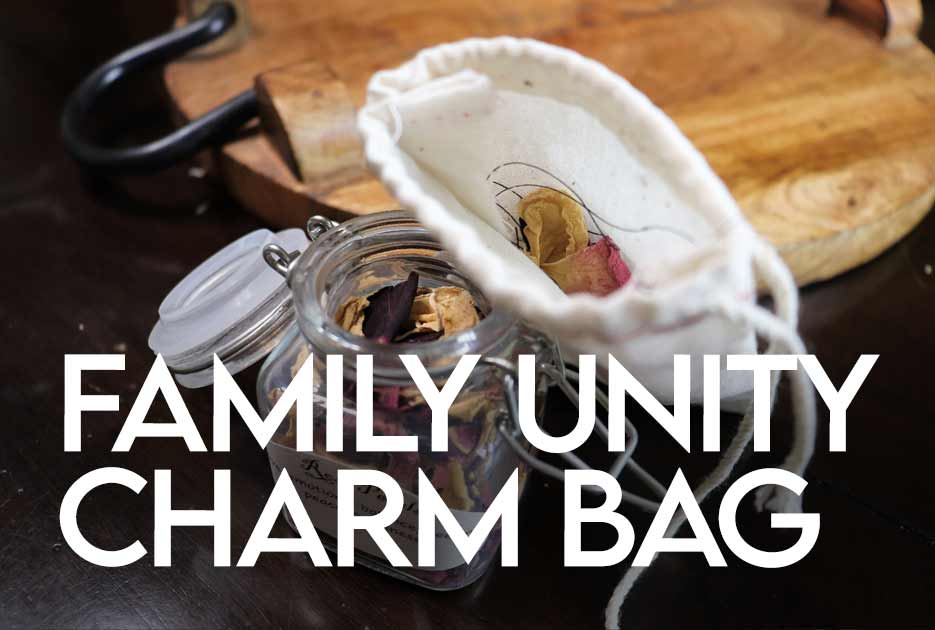 Others here have offered some great advice about consulting a specialist- such as a doctor or a psychologist, which I agree with as well. I’ve found that sometimes problems can be solved magically, sometimes with mundane methods, but most often problems benefit from a bit of help from both.

Sending love and light to both you and your daughter, Laurel! Blessed be!

I’m so excited I can hardly type! First, Yes! Don’t rescue your children from their opportunities to learn and grow! Character and the ability to “adult” come from the adversity we experience.

DBT is my jam. I lead a DBT skills group for adolscents. Talk about a tough crowd! The skills that @LaurelDeaArtio mentions are great, but they are not crisis survival skills. On a scale of 1-10, they would be most effective for the lower to middle numbers. It is also important to have a menu of skills. One can’t meditate while driving, and meditation is not your best choice whe your kids are re–enacting Star Wars using fire extinguishers… DBT is backed by lots of science, and is a great intersection of psychology, physiology and philosophy.

Great idea! Something like this could also work like an old Irish worry stone, something to rub when anxiety is high.

I think DBT saved my life. I am a much happier person.You’re doing sacred work there!

Oh, Ron! That’s why Mom made the three of us take a nap every afternoon. She and I lay between the boys who would wrestle unless separated. She even offered a nickel to the first one asleep.
The only problem? She always won the nickel!

Thanks for sharing the problem.

I will suggest your daughter to cast this spell: 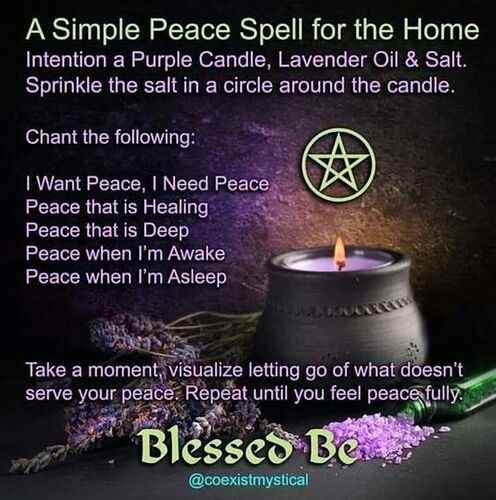 Hope this will help her a little.

What a lovely spell. Simple and perfect. I will add it to my BOS

Than you for sharing it!