The shadows hide all that we fear,
but give it some work and all can become clear.
A brave witch doesn’t need light,
believe that your magick will pierce through the night!
-The Travel Witch 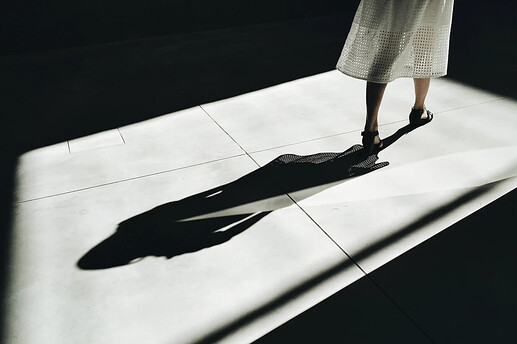 One thing that I talk about a lot on my channel, on my site, and just in general when it comes to spirituality is shadow work. Shadow work is a concept that was founded by a man named Carl Jung, a Swiss psychiatrist that founded the field of analytical psychology. He is known for several psychological (and spiritual) concepts such as the ideas of synchronicity, the collective unconscious, and the shadow.

Among his many theories and psychological discoveries was the concept of a divided self. This divided self is made up of four different archetypes. These are the Persona, the Anima/Animus, the Shadow, and the Self. According to Jung, these are aspects that we all carry around with us and they dictate how we see the world. 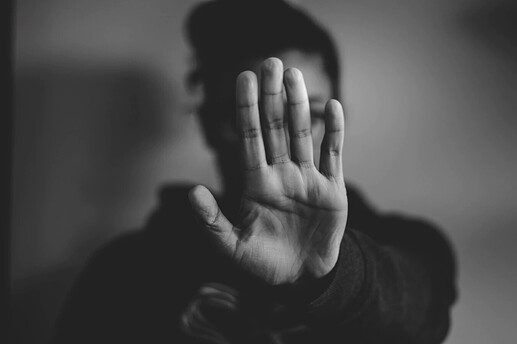 Although shadow work got its start in psychology, it’s not generally seen as a valid form of psychological work in a modern sense. I’m not really sure why, but that’s just how it is. I think it’s more of a fringe psychological practice than something a typical psychologist, therapist, or psychiatrist would try to do.

Over the last year or so (in the process of creating my workbook for shadow work) I have come to see that I need a new term for this process. Shadow work in a spiritual sense does not involve digging into the anima or animus and often ignores the other archetypes of Jung’s work.

So how do we use this psychological process as a foundation for introspection?

That is essentially what people mean when they say they are doing shadow work. This process involves deep introspection, compassion for yourself exactly where you are, and the ability to be honest with yourself. When we go through this process for spiritual reasons, we are looking to make ourselves better people in general. Looking at the things that are hidden in our shadow and shining a light on the hidden side of ourselves is one of the first steps.

In my life and practice, working with this introspection is an active practice. I do not usually just sit and think about my shadow. I find that to be time-consuming and often anxiety-inducing. Things that are hidden in our shadow are not always “bad”. Sometimes the things hidden in our shadow are pushed there out of fear or societal expectations.

There is another side to the emotions and behaviors that get repressed into the shadow. The entire purpose of working with your Shadow is to bring those behaviors and emotions into the light and learn to work with them instead of against them. The Shadow runs the show even though many people don’t realize it. The Shadow is not rational in decision-making and can do a lot of harm if left unchecked. This harm can come in all shapes and sizes, from the smallest inconvenience to the largest life-changing events. → (from my yet-to-be-titled book)

Societal expectations will dictate how someone can or should behave. For example, gender-based roles are often decided on and upheld by society at large. Women are often seen as needing to be quiet, meek, and soft. If a young girl stands up for herself or takes the lead, she will often be labeled as “bossy”. In doing this, she will learn that her leadership skills are undesired in society at large and those skills may be pushed into the shadow.

The same can be said about men, too. Society says that men need to be strong, dominant, and assertive. This often leads to emotional stunting and fear to be seen as sensitive. As a young boy, someone may have told him that he should cry because crying is a sign of weakness. Seeing that he would be othered if he continued to display his emotions, those parts of himself would be repressed into the shadow.

I feel like I have bounced around all over this topic, but the main point I was trying to make here was that shadow discovery (for me) is done regularly. If I am going through something and I feel a shadow being poked, I will examine it at the moment. If I can’t look at it right then, I make a note of it and come back to it later. Sometimes you may not even know your shadow is being poked. There are some signs to look out for, and most of these are going to include irrational-seeming emotions brought on by an event.

Here is an example that uses the feelings of jealousy.

When we see someone we care about speaking to someone else, someone that we might view as more attractive or more interesting, we may get jealous. But why? What is the deeper issue there? In my experience, jealousy stems from my own fear of abandonment. My fear, to make itself more palatable for my conscious mind, turns into jealousy. In this instance, the action we see in the person we care about — speaking to someone we deem better than us — pokes my shadow. That is an emotional trigger. The underlying emotion to that jealousy is fear. → (again, from my own writing) 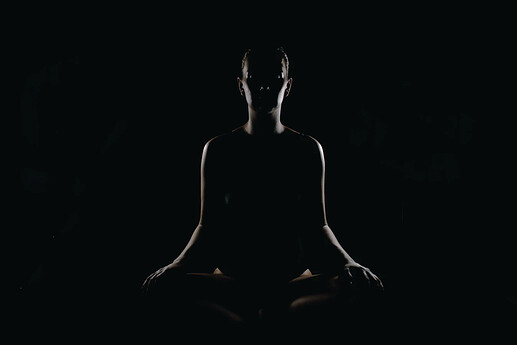 If you are not into active shadow discovery, a simple meditation and question/answer exercise can be useful. Here is one that I learned and then adapted for my own use.

Think of a moment where you felt a seemingly irrational emotion. Turn that into a statement. For example…

I felt anger when they touched my book.

You now have your statement. The exercise is simple. Simply break this statement down over and over again until you get to the underlying cause of the issue. Do this by asking the simplest question: why?

This can continue on and on until you find your answer or you get stuck. Either is fine. What’s important is that you keep going and you try.

You can couple this exercise with some deep meditative breathing or a simple grounding meditation.

If you want to add in different correspondences, you can create a ritual for shadow work during the waning moon. The only real thing you have to do when it comes to shadow discovery is the work.

I also want to make sure you know that if you have a mental health concern, deep shadow work may not be right for you. There may be emotional triggers, trauma, or repressed memories you deal with. If you have those concerns, I recommend working together with a therapist and keeping them in the loop of what you’re doing.

Your shadow isn’t always something to fear, and the purpose of shadow discovery is to be a better person. So have compassion for yourself. Give yourself the grace to make mistakes, take a break, and discover who you are.

Weekly Witchy CHALLENGE- From the Shadows

17 Likes
:black_heart: My weekly witchy challenge - from the shadows
:white_heart: Weekly Witchy CHALLENGE- Into the Light
Shadow work and how to begin
katnabis May 6, 2021, 4:29pm #2

oh goodness @MeganB , thank you for the comprehensive post on Shadow Work. I printed it out for reference and am looking forward to working my way through it!

You’re welcome! I’m glad you like it and I hope you find it helpful

This really help me to more understand what I was dealing with since I never did shadow work before. I booked marked this so I can have to reference from time to time.

. One of my regrets is that I didn’t take more psychology classes at university- which I am trying to make up for in taking various online classes now!

This was a fantastic combination and break down of Shadow Work pscyhology and how it ties into magick- a very interesting read!

Thanks so much for laying it all out so clearly and making it both fun and easy to understand. You’re awesome, Megan! May you continue to enjoy your Shadow Work

This is awesome, thank you for sharing! Looking.forward to trying this with tonight’s dark moon!