My favourite is the old charmed

I was going to say Charmed also. My cousin and I watched this show religiously as children.

If I may add: When it comes to movies, my alllll time favorite is ‘Teen Witch.’ I used to watch it SO much as a child and teenager. I still will watch it randomly when I think about it. BUT I always watch it around Halloween, every year. It’s such a great witchy movie!

that catch my interest

I will go with Hocus Pocus (Disney Movie). I love that movie just thinking about that now makes me smile

I grew up watching Charmed so that always goes on the list. Practical Magic is one of my favorite movies, too. A more recent show I’ve been watching is actually a cheesy show and movie series on Hallmark called The Good Witch. This one and Practical Magic are the two that I really enjoy because they are more realistic than something like Charmed. Cassie Nightingale from The Good Witch is so intuitive and it isn’t until the later episodes that they actually use the word “witch”

I also like the Halloweentown movies from Disney. Grandma Aggie is responsible for one of my favorite quotes. “Being normal is vastly overrated.” I actually got to go to Halloweentown one year in Oregon because it was filmed in St. Helen and they do it up every year!

@Janae_Rochele I completely forgot about Teen Witch! Oh man, that’s a blast from the past for me lol my mom and I watched that together a long time ago.

I could never get into Charmed, something about it just screamed Hollywood to me & I couldn’t get into it.

I remember it though because of Alyssa Milano & Rose McGowan then Shannon Doherty wound up resurfacing there after the 90210 fiasco.

I have actually seen Practical Magic as a recommendation for me to watch & I do have some time today, if not during the next few days! So I can put that on the list.

Honestly, my first interest in say spells & potions came from Disney, but I never liked the movie Hocus Pocus. We actually purposefully avoid watching that movie. There is just something about it that doesn’t give me good feelings.

I remember Teen Witch & there was another one too, but I can’t remember the timeline or channel, I just remember it had something to do with witchcraft & there were 3 kids. (My memory does what it wants when it wants

I haven’t heard of The Good Witch though

I may have to check that one out.

I can’t keep up with shows & movies anymore. During the day the TV is on as background noise if I don’t have music playing from a speaker. It’s been years since I actually watched a series & it wasn’t syndicated & shown in marathon chunks

I just remember it had something to do with witchcraft & there were 3 kids. (My memory does what it wants when it wants

Ohh this one might be the Halloweentown movies on Disney 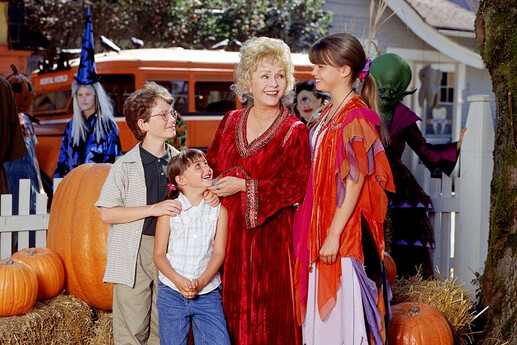 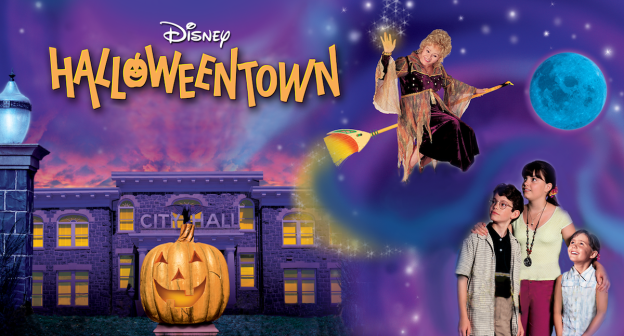 Disney's Halloweentown is one of the best Disney original television movies you may not have seen. Here is everything you should know about Halloweentown!

I liked the old Charmed too, and Buffy until Willow got her magic addiction. Halloweentown was a favorite but I’d have to say my favorite is the Harry Potter books. Not the movies, but the books.

my favorite is the Harry Potter books. Not the movies, but the books.

None really but I’m a reader mostly… but watching that one show with my girls Stephan and Damon and Elena… son of a gun and my memory is pretty amazing, but I had a bit of a brain injury recently so done struggles occur…

But I loved Bonnie on that show

As a male, I watched the witch shows for a different reason…

But Charmed and Bewtiched are probably the two I most remember. I have seen Practical Magic. Witches of Eastwick was fun. There was an old 80’s movie called Warlock that was interesting.

Now as far as magic as a subject matter goes, I love Merlin in Excalibur. The Ninth Gate is nice and spooky. I’m sure there are others but these are what come immediately to mind.

@MeganB i thi k its one of those! We watched the Halloween Town movies on Disney on repeat in October when Peanut found them.

The new Sabrina… I loved it however i didn’t feel it expressed witch practices correctly and made witches seem as if they are all satanic. So i would say great entertainment that is also misleading. Oh another is Harry Potter. I would love to fly a broom and wave my wand however i am also glad this is not what real magick is otherwise what a chaotic world it would be. I am happy using my own magick and powers for good intentions thank you lol

I loved to watched the old charmed together with my daughter. She was very fond of it and even saved her money and asked for the dvd s at her birthday
Of course it was a Hollywood version but there were sparks of truth in it and a lot of mythology
Really nice to share this. She was very open to magical stuff , and felt a great deal herself . My daughter is now studying art at the university. She still loves all there is to know about mythology. Fantasy is also still her thing. But otherwise she is in a very rational face now. She likes what I do but it s my thing. I hope some day she will share this with me again, I trust it will

I actually made watching Practical Magic for the first time last night. My husband watched it with me & listened to me as I explained the difference between what I do in my practice versus what was being done in the movie. Where the idea or thought process started & how they were using a coven ritual versus being solitary. He really listened & asked questions & found an understanding of what I was saying!

Side Note: I really enjoyed the movie & I am going to make a point to watch it from start to finish in one sitting

(I believe)? It was recommended after Practical Magic when I watched it yesterday.

This one is going to age myself a bit because it spans a few decades but, I’ll start with bewitched. I know it was all wrong and nothing as to what witchcraft is but at its time for me it was one of the only live shows running in syndication in my youth. Then there’s the classic Sabrina the teenage witch after I would add an American horror story: coven (the best one of all the AHS IMOP). One cannot forget grandmama Addams and Morticia of the Addams family show. Sadly, the movies never touched on her witchcraft as much. The worst witch was found only a few years ago by mistake and it is a truly great and beautiful show that come far before Harry Potter and is said to have been part of the inspiration as there are many similarities between the two. Once upon a time even with its dark look into the Disney empire of movies and such did a decent job of showing witches in its stories, I loved the show in so many ways. Penny Dreadful the first collection, was another wonderful if not bloody show that showed in a way a what I feel to be a much truer look at witches in a few ways as long as you look past some of the more fantastical. The Witcher and Motherland are two of the newer shows I enjoy as well.

Movie wise one cannot forget Vincent Price’s rendition of Poe’s the Raven, and a number of his other movies, Then you have the worst movie ever made Manos: The Hands of Fate which focus on a cult-like coven in the late 60s and an unsuspecting family who finds them. It has been said that the writer of the screenplay and director took inspiration directly from Gardner and how he acted when writing the story while he admitted knowing little about the practices.

Bewitched! I watched that & genie in a bottle… oh I cant remember the name!

I do remember Sabrina the Teenage Witch too.

I dream of genie was the show your thinking

Sabrina the Teenage Witch was one of my faves!! I forgot all about that!!!