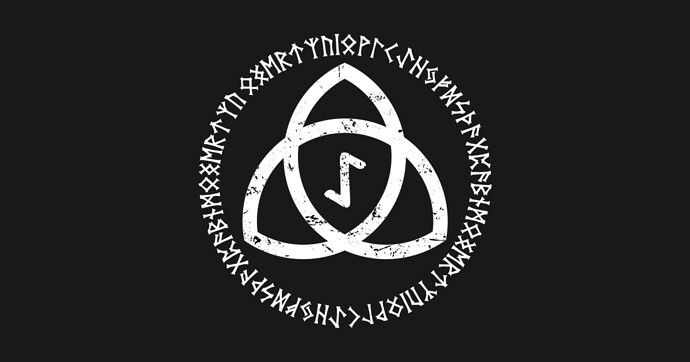 Magickal Uses: Chant or inscribe to help reach out to the other worlds. Meditating

or slipping into a shamanic trance, inscribe this rune on you to facilitate your journey as well as to protect you while you are on it.

Through purposeful sacrifice, a united will can be achieved. As above, so below. As within, so without. This commitment brings knowledge & guidance for the highest good of all if you are ready & willing to work it out.

Affirmation: Alignment & enlightenment are what I seek. Guide me in my quest for balanced ascendence & grounding as roots dug deep, eyes to the skies, I travel between worlds.

The principle of the vertical axis that penetrates into the world above & the world below & connects the human realm to the heavenly & chlonic regions. Synthesis of above & below, light & dark, life & death. The yew is a flexible force but also hard, it endures beyond all other things.

Brightstave/Upright: The yew promotes spiritual enlightenment along the vertical axis of consciousness. Mental toughness & flexibility is needed. The inner flame must be ignited through discipline. Seek independence from the natural/mechanical order of the cosmos. Controlled changes in consciousness are indicated. (Initiation) Realization of inner strength will protect you from outside dangers. Bring together the light & the dark.

Merkstave/Reversed: Coming too early in the life of a person can cause deep confusion & consternation. The hot fires unconsciously ignited may cause “burn out” leading to death & decay. A stoppage of the yew principle in those who are prepared for it causes a profound sense of dissatisfaction. Boredom, & meaninglessness. It also can soften your will & sense of self-discipline.

Thanks for sharing information about this rune @Siofra_Strega

The principle of the vertical axis that penetrates into the world above & the world below & connects the human realm to the heavenly & chtonic regions.

That’s a great piece of knowledge. I don’t know if it’s related to the concept of Bifröst, but I was reading about it. In Norse mythology there’s a bridge that connects Earth with the realm of the gods.

Here’s an illustration from Classic Illustrations from Norse Mythology 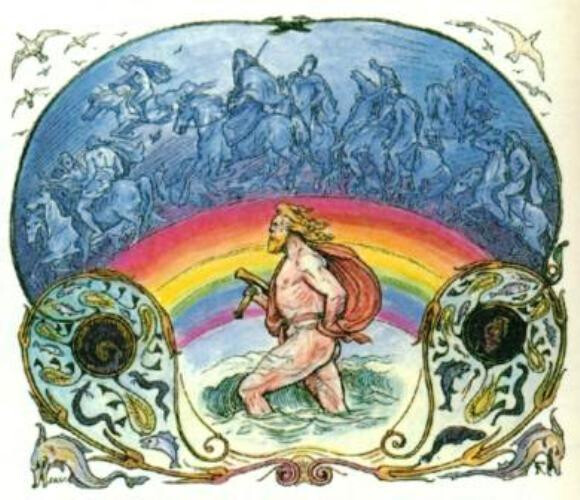 …
Tarot Card(s): The Magician, The High Priestess, The Hanged Man, The World

You’re telling me there’s a card associated with 13, Scorpio, and The World!?!

I thought Raidho was my favorite rune, but Eiwaz is making its way up to the top of the list!

I had combined Raidho and Elhaz/Algiz as a bindrune to put on my safe travels spell pouch, but now I’m tempted to explore Raidho and Eiwaz for purely personal interest

These rune posts are always a delight- thank you so much for sharing your wisdom, @Siofra_Strega!

Any time there is something with 13, Scorpio… I get all excited too! I hope you enjoy your exploration of the

runes! Let me know how it turns out!

@Francisco thank you for sharing that, I knew they believed that the 1 went to the other realms as well, but I had never tried to visualize that happening. The illustration helped put that into motion. Thank you!